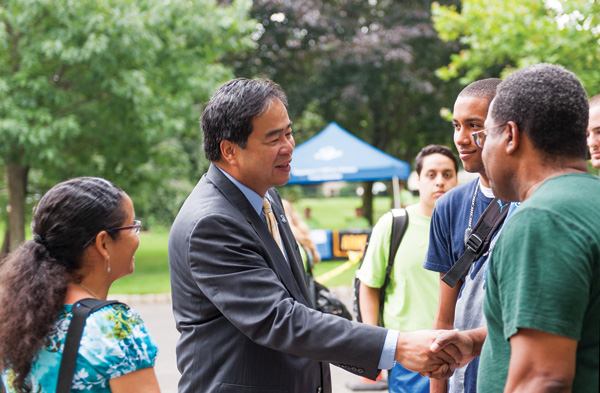 Each year during the first week of October, the University holds its own version of homecoming: Seton Hall Weekend…

Despite a busy medical practice, pediatrician Michael Giuliano has embarked on a spiritual journey to become a deacon.

The Calandras follow tradition: entrepreneurship and the Stillman School of Business. 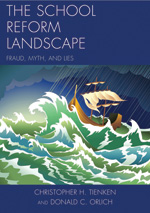 The School Reform Landscape: Fraud, Myth, and Lies By Christopher H. Tienken, Ed.D. ’03/M.P.A. ’04 assistant professor of education, and Donald C. Orlich, Ph.D. (Rowman & Littlefield Education, $60) For 60 years, government proposals and policies have called for the reform of public education in the United States. Through the lens of Critical Social Theory,… 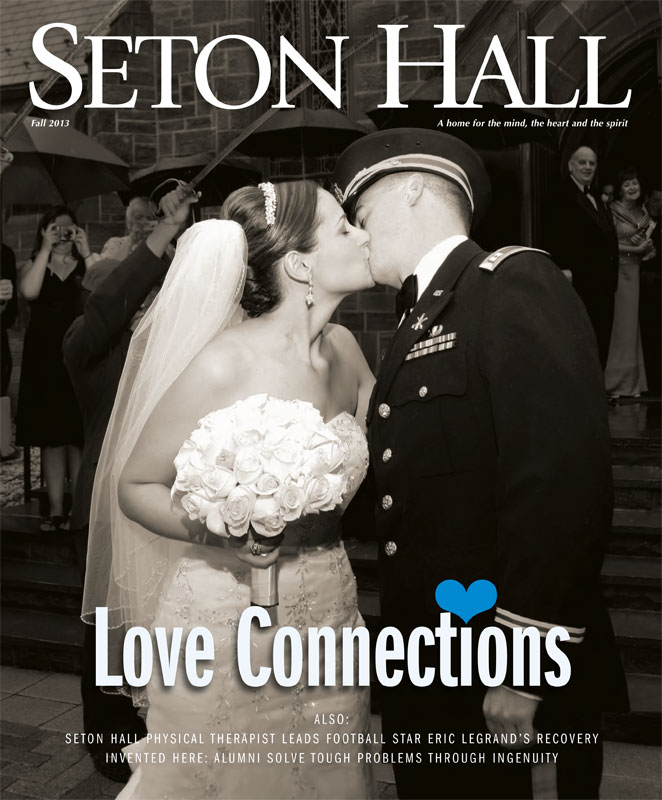 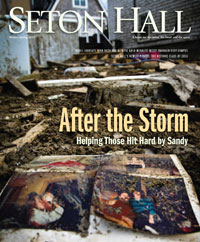 The Winter-Spring 2013 Issue has arrived! After the Storm: Many in the Seton Hall community rushed to provide assistance after Superstorm Sandy. This I Believe: A close-up look at our newest Pirates, the historic Class of 2016. Possibilities: Anna Negrón ’13 puts her heart into her performance. Roaming the Hall: Jose Lopez makes advances in… 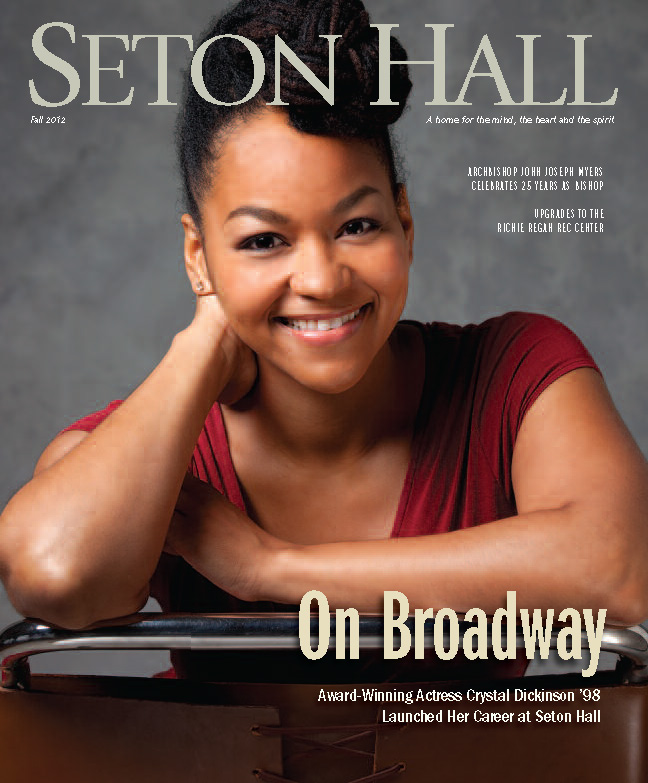 The Fall, 2012 issue is here! The Bright Lights of Broadway Shine on Crystal Dickinson, ’98 Silver Jubilee Possibilities Profile of Roger Dow Roaming The Hall with Jason Tramm Sports And more! Download the complete issue, or read on-line below: 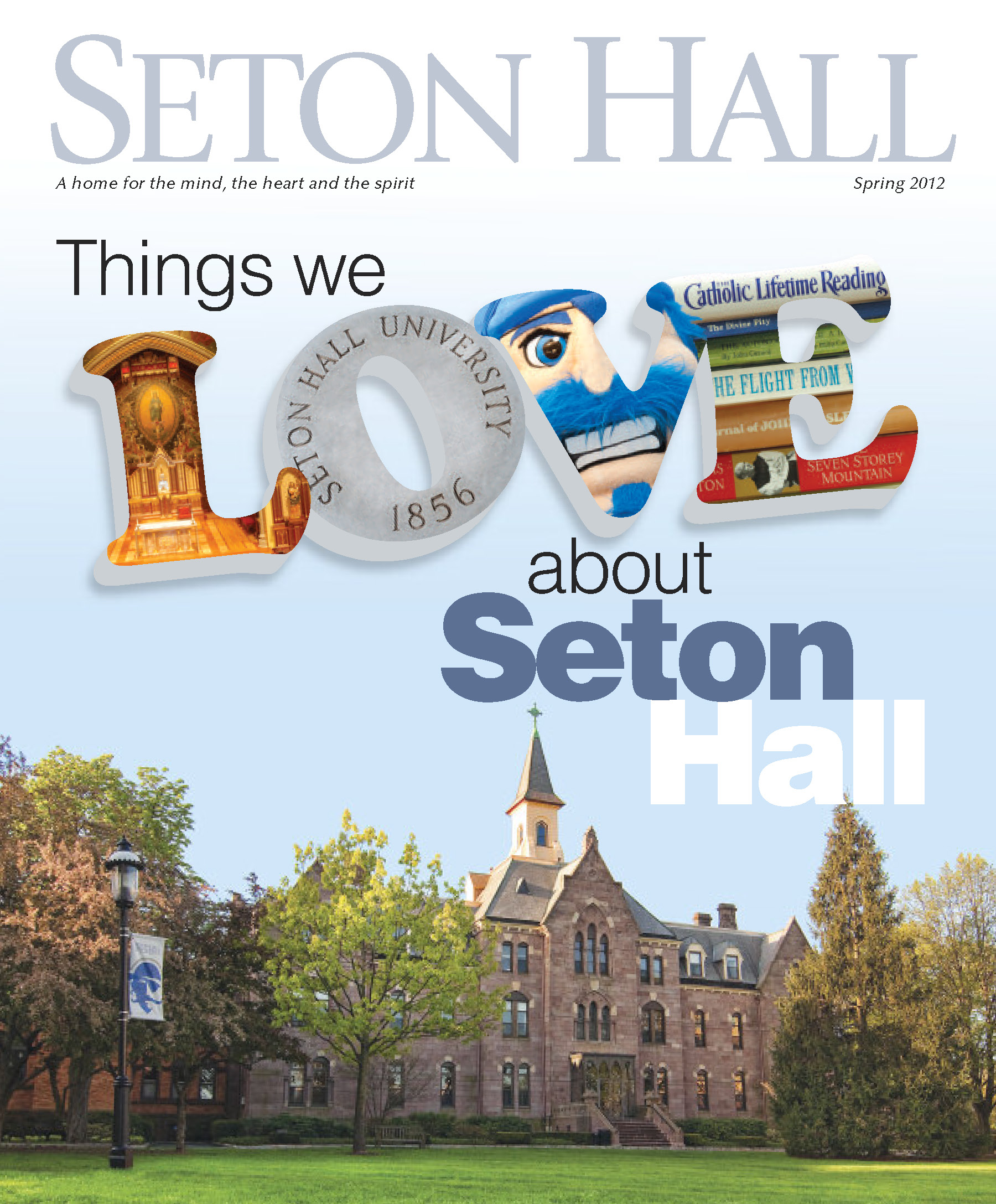 Download the complete issue. The Spring 2012 Issue is here! Things We Love About Seton Hall In a Time of Need Possibilities Roaming the Hall And more! Open publication – Free publishing – More 2012 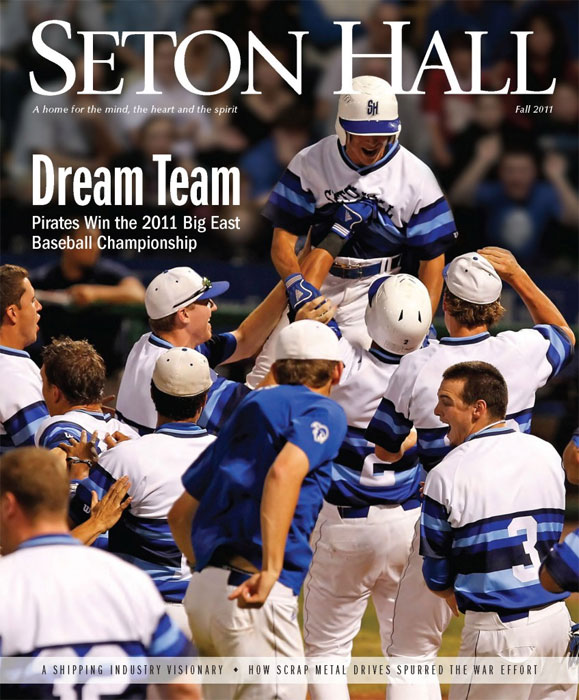 2011 Fall Issue The fall 2011 issue of the alumni magazine is here. Read about: The film that two faculty members made about the scrap-metal drives during World War II. An alum who dedicated her life to the Montessori method of teaching children. The Big East baseball championship A new program in data visualization at…

Reflections on Cardinal John Henry Newman and the role of the Catholic university.