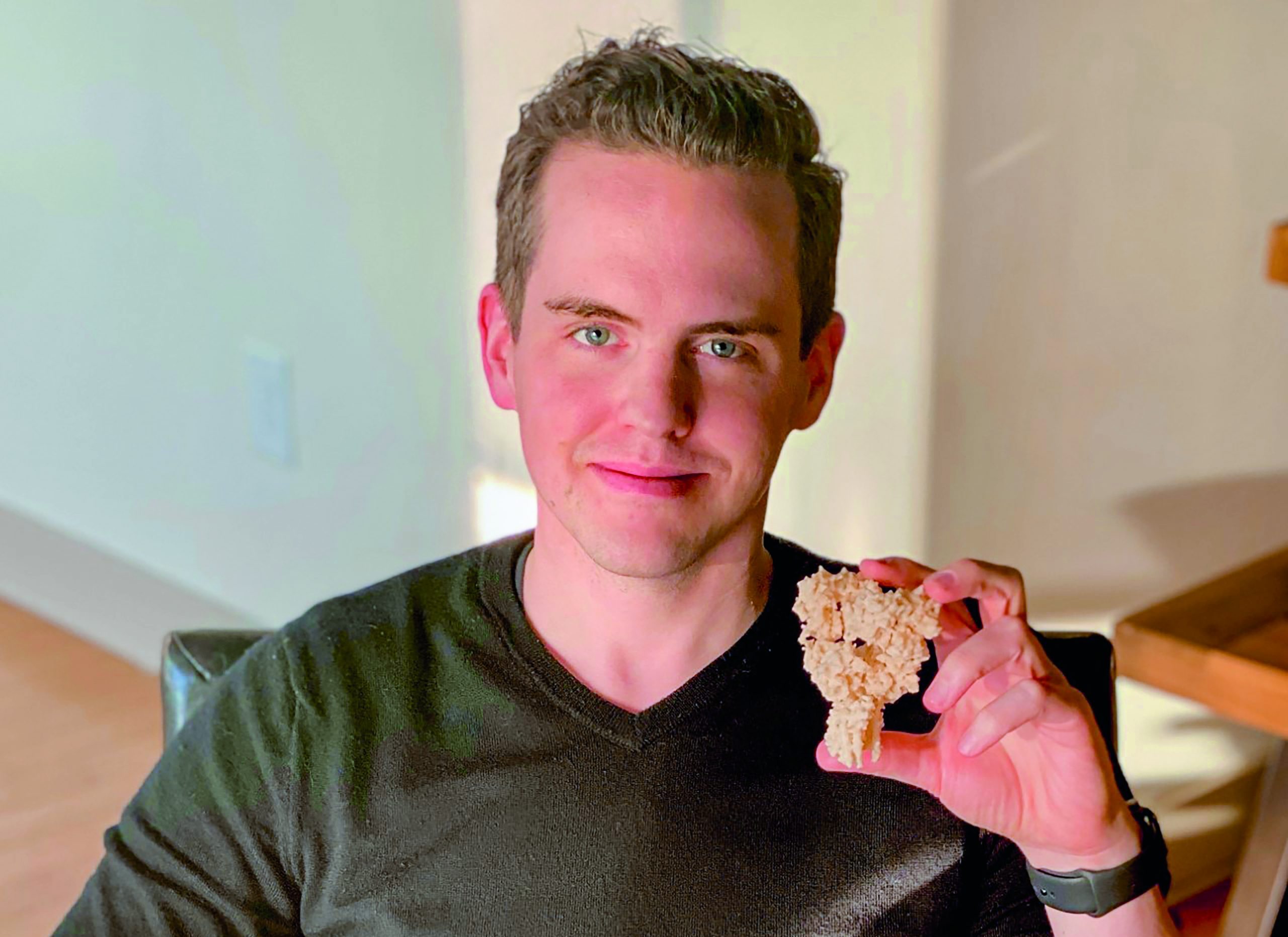 Edward Twomey ’12 realized he was hooked on scientific research and structural biology just weeks into his freshman year as a biochemistry major. He loved being in the lab so much he never left it — he’s now an assistant professor at Johns Hopkins University School of Medicine and director of the school’s Twomey Lab, which opened in January.

Forbes magazine recently named him to its “30 Under 30” list of scientists, a recognition he regards as a “vote of confidence” for the research his team is doing in protein architecture and function, and in more targeted drug design.

Twomey made several key stops between Seton Hall and his current post. Before heading to Harvard Medical School as a postdoctoral fellow, he completed his post-graduate work at Columbia University, receiving two master’s degrees in biophysics and a doctoral degree in structural biology.

Twomey works with proteins called glutamate receptors, the main signaling agents in the human brain. One neuron releases glutamate and a second neuron receives the glutamate signal via glutamate receptors, and the communication between the two neurons is critical for learning and memory. As Twomey explains, “We are using structural biology techniques to understand the precise details of how this occurs, and also to understand how drugs interact with these proteins.”

This research has important applications, especially for developing treatments for neurological diseases such as Alzheimer’s, Parkinson’s, epilepsy, stroke and schizophrenia. Because roughly 90 percent of communication in the central nervous system is carried out by glutamate, a patient needing treatment for epileptic seizures due to signals in one part of the brain, for example, can experience adverse side effects from a drug that targets all glutamate receptors. Twomey and his colleagues are trying to home in on what makes one receptor different from another in the hope of developing drugs with fewer side effects.

To do this, Twomey uses cryo-electron microscopy (cryo-EM), which flash-freezes samples and fires them with electrons, resulting in the sharpest 3D imaging of proteins yet. For the first time, scientists are able to discern individual atoms in proteins, like glutamate,

in ways not possible through X-ray and other methods. “It’s addicting, because often times we are the first people to see how things in our cells work,” Twomey adds. Right now, cryo-EM has taken center stage in the development of COVID-19 vaccines as well as in understanding how the SARS-CoV-2 virus functions.

What comes next for Twomey? Building the lab, he says, with a diverse team of doctoral students and undergraduate interns to work alongside him and his pup, Olive. His main advice for any aspiring scientist is to “follow your interests, keep at it and never give up.”

Redefining the History of Man

A Pathway Into the Lab

Teaching During a Pandemic