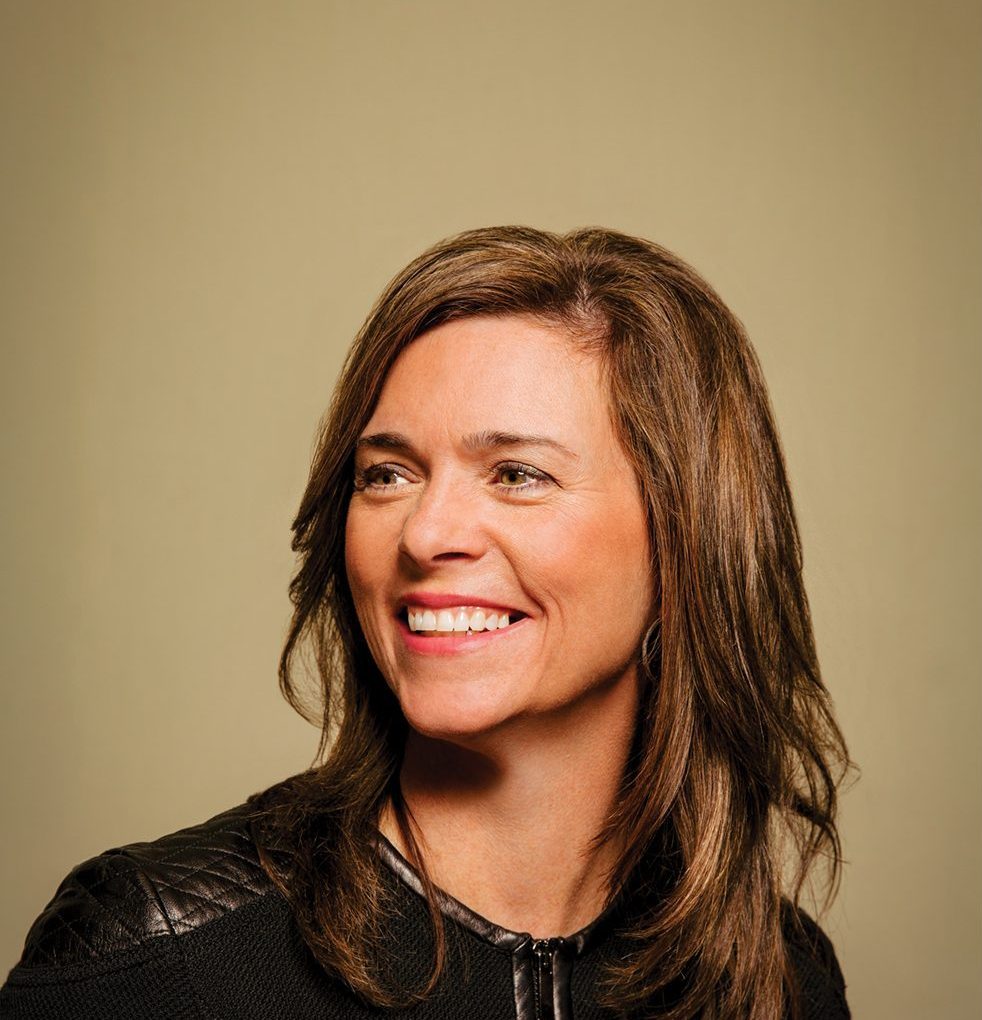 Alice Milligan, M.A. ’01 works to bring a new perspective and make her mark in the companies she has helped lead.

When Alice Milligan, M.A. ’01 was pursuing her master’s degree in corporate and public communications at Seton Hall, she wrote her thesis on “Development of a Line of Greeting Cards for Alcoholics and Those Impacted by Alcoholism.” She says the topic was personal. She had seen people she knew struggle with addiction and understood the pain and isolation it could impart.

For such a critical assignment as a master’s thesis, it was a nontraditional subject. But Milligan’s choice of topic spoke volumes about her willingness to bring a new perspective to any conversation. She’s applied the same approach throughout her 35-year career in the corporate world, in which she’s often been the rare woman in a leadership position. Today, as an executive vice president and the chief customer officer at E-Trade, the online brokerage and financial services firm, she’s one of just two women on the company’s executive committee.

All of which might explain Milligan’s insistence on mentoring younger female colleagues. “When you are a minority in a particular area, a couple of things are important,” she says. “One is paying it forward.”

Andrea Zaretsky counts herself among those who have benefitted from Milligan’s counsel. They first worked together at American Express nearly 15 years ago, and last year Zaretsky leaped at the opportunity to reunite at E-Trade, where, as chief marketing officer, she reports directly to Milligan. Asked to assess her boss’s strengths, Zaretsky does not hesitate. “She’s fearless,” Zaretsky says. “That is her defining characteristic to me. She’s willing to be the lone dissenting voice in the room, and it’s usually a room full of men. I think that people really respect her for that.”

Much of Milligan’s career has focused on the customer experience. In 15 years at American Express, she rose to senior vice president for American Express Interactive, responsible for digital sales and service across the company’s web, mobile and e-communications platforms. Before joining E-Trade in 2019, she served five years as chief digital client experience officer for Citibank’s North America Consumer Bank.

She has relished the role of change agent, often questioning the status quo and pushing for innovation, all in service to the customer. It’s a role for which she credits her Seton Hall education.

At E-Trade, which was recently acquired by Morgan Stanley, it’s Milligan’s job to ensure customers make the most of the company’s website and mobile app. “That is where the brand comes to life today,” she says. “It’s often the only place people interact with your brand. If you can make that easy, seamless, make them understand your products and services, how to make an investment, how to find out what their return is, it’s extremely rewarding.”

Milligan got her start in secretarial school before going on to complete 12 years of night classes at The College of Saint Elizabeth (recently renamed Saint Elizabeth University) to earn a bachelor’s degree in business administration with a concentration in marketing, all accomplished while she held a full-time job. She followed with four years of night classes at Seton Hall to earn her master’s degree. When Milligan mentors younger colleagues, perseverance is a common theme.

“The degree I got from Seton Hall, a master of arts, gave me a more well-rounded background,” she says, “so when I started bringing things to the table, it was about how customers would react emotionally and not just rationally. I think that difference has helped me, from a business perspective, bring a different point of view. And from a leadership perspective, it makes me seem more approachable. I’ve always had an attitude that everybody’s viewpoint is valuable, so don’t be afraid to share it.”

Nearly two decades ago, Milligan’s thesis adviser at Seton Hall, Michael S. McGraw, displayed a similar attitude when she approached him with her idea for an unconventional line of greeting cards. “I was really questioning whether I should bring it up,” Milligan recalls. “But the willingness to customize the master’s program to a student’s needs was a great experience. I feel like the experience I had at Seton Hall really helped equip me and give me the confidence to make my mark in the industry I chose.”