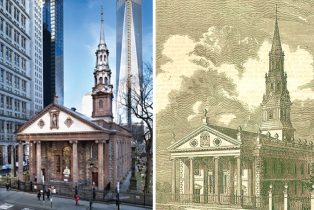 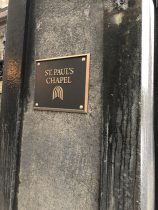 Amidst the sky scrapers and business buildings that dominate lower Manhattan stands a small relic that goes back to 1766. The little chapel is known as St. Paul’s, and it has seen American history grow all around it. The chapel began as an extension of Trinity Church, where parishioners could have easier access to religious services, but when a fire in 1776 left Trinity Church destroyed, St. Paul’s Chapel remained.

St. Paul’s Chapel was the home of many parishioners such as George Washington, who regularly attended services there. In 1775, a small militia group known as the Hearts of Oak would begin frequently training just outside the chapel. The Hearts of Oak was primarily made up of students from the nearby King’s College, now Columbia University, and its most famous member was future U.S. Secretary of the Treasury Alexander Hamilton.

After the Revolution, St. Paul’s Chapel would continue to serve its role as an unassuming little place with a strong history, until the terrorist attacks on September 11th, 2001. During the devastating destruction, many took refuge in within the chapel. Despite its age, St. Paul’s Chapel withstood the chaos of the events of 9/11. The twin towers were located very near to the chapel, but when they collapsed the chapel remained intact, earning the nickname “the little chapel that stood”. During the events of 9/11, St. Paul’s would rapidly transform into a relief center for first responders and recovery workers. For the next nine months, St. Paul’s would offer twenty four hour aid to workers who needed it. 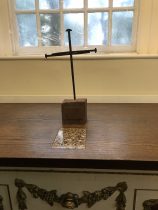 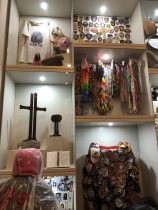 Despite all of the history surrounding St. Paul’s Chapel, its interior is very humble. Large ionic columns may catch the attention of those passing by, but on the inside the chapel has a lot of empty space. There are the usual chairs and an alter like one might expect, but for the most part one might not fully grasp the significance of the location until they ventured towards the back of the chapel where a collection of mementos from the brave men and women who offered rescue during and after 9/11 are kept. The gorgeous white walls and interior pillars make it feel as if one has stepped into a very sacred space as the noise and chaos of Wall Street fade away. It is almost difficult to believe that the first President of the United States often visited there for religious services, or that there was once a fully operating relief center ready to support the people who put their lives at risk in order to help out fellow New Yorkers. The chapel’s graveyard also is host to several significant graves from the American Revolution, including General Richard Montgomery. There is a reason the chapel has stood the test of time, as it has become a place for tourists to visit and see a piece of unique New York City history. St. Paul’s remains a part of Trinity Church and continues to hold religious services for regular parishioners. 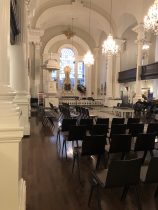 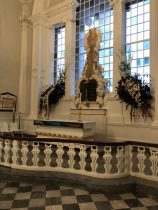