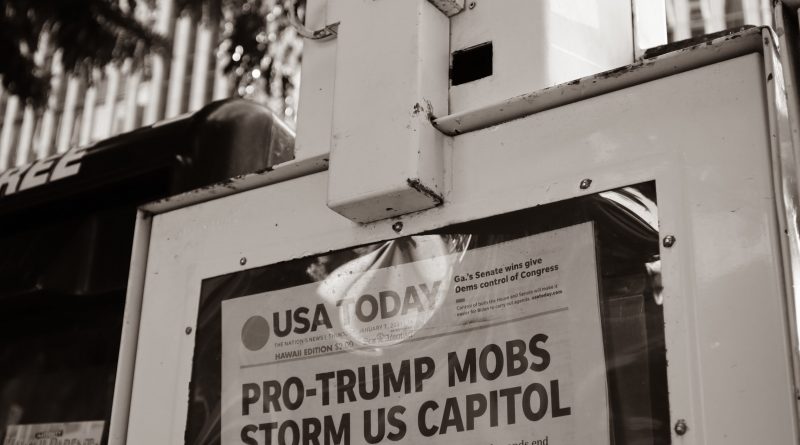 The last public hearings of the Committee to Investigate the January 6 Attack on the Capitol occurred on October 12 and ended in dramatic fashion when the members of the Committee unanimously voted to subpoena former President of the United States, Donald Trump. Many of those involved in the January 6 attacks were members of known anti-government extremist groups such as the Proud Boys, the Oathkeepers, and the Three-Percenters. Many have also demonstrated support for white supremacist ideologies and expressed neo-Nazi sympathies.

While the US government has focused much of its attention on the threat posed by foreign terrorist organizations since 9/11, violent domestic extremism has become the primary threat to the United States and many other advanced democracies. Although the war on terrorism was concentrated heavily on Islamic extremism, it is important to note that more people were killed by racially motivated anti-government violent extremism than by militant Islamic religious extremism since 9/11. The mainstreaming of right-wing extremist ideologies through movements such as QAnon and the Great Replacement conspiracy theory has bred a culture of extremism especially among those in areas where the white population is declining fastest. It has also become clear that the United States lacks the mechanisms to prevent and police homegrown violent extremism, and many American far-right groups have developed networks in other countries, including Canada, Australia, and the United Kingdom. The U.S. must meet this new challenge to homeland security by developing strategies to counter violent domestic extremism and by recognizing that many US-based movements are part of a global network of far-right, anti-government, and racially motivated violent extremism while keeping in mind the dangers of overreaction.

The United States has many tools to mitigate terrorist threats that originate abroad, including the provisions of the Immigration and Nationality Act, (INA) which bars members of terrorist organizations from entering the United States. The US also maintains a list of Foreign Terrorist Organizations under the provisions of the INA and criminalizes material support for terrorism and sanctioned entities who seek to support them. Vast resources have been dedicated to the threat of foreign terrorism, particularly Islamic fundamentalism, even though they are responsible for fewer fatalities  in the United States in recent years. No statute specifically criminalizes “domestic terrorism” in the United States. The United States should first develop a specific legal framework that criminalizes explicitly and stigmatizes violent extremism that emanates from within the United States’ borders. The Confronting the Threat of Domestic Terrorism Act is making its way through Congress, though it is being filibustered in the Senate and faces opposition from the ACLU due to civil liberties concerns. Other countries already have their own legal mechanisms, though they are also not without controversy. The United Kingdom, for example, has an anti-terror statute that they used to prosecute neo-Nazi organizations and other violent extremists.

Groups that are based in or originate in the United States quickly become part of a transnational far right and white supremacist ecosystem. Several US-based neo-Nazis have openly cited the Nordic Resistance Movement as a source of inspiration. The Nordic Resistance Movement has been active in planning attacks in Scandinavia against Jewish and immigrant targets for years. In 2020, the United States listed the Russian Imperial Movement a Specially Designated Global Terrorist Entity, the first white supremacist group to be labeled as such, due to their providing military training to other far-right groups in Europe. Canada and New Zealand have designated or otherwise proscribed their chapters of the Proud Boys. Many other groups qualify for this label, including the Nordic Resistance Movement and Britain’s National Action. It is feasible to designate foreign entities of US-based groups at the present time without the need for a statutory change.

Part of the reason the US does not have a well-formed domestic counter violent extremism program is a traditional concern for civil liberties and the freedom of association. Civil libertarians have expressed their concerns that a refocus on domestic violent extremism would pose a risk to constitutionally protected free-speech and free-association activities. It is also important to distinguish between those groups that present a violent threat and those that merely express radical or extremist views. Concerns that a domestic counterterrorism program would be reminiscent of some of the more invasive provisions of the USA PATRIOT Act and local programs such as the notorious demographics unit of the New York City Police Department are well-founded and should be seriously considered. There does not need to be a zero-sum trade-off between security and civil liberties, and repressive tactics only serve to legitimize extremist narratives and provoke further violence. The United States, and much of the West, must focus on countering extremist narratives as a feature of a holistic anti-violence program rather than rely solely on police intervention or other militarized solutions.

Democracies must be particularly careful when responding to internal threats because they are uniquely targeted by terrorism and are vulnerable to having their institutions co-opted. Defendants in terrorist cases have often used the platform provided by public trials and court hearings to further propagate their grievances. Recently, Norwegian terror convict Anders Breivik greeted the judges in his mandated parole hearing with a Nazi salute and declared that he will continue to promote Nazism if he were to be released. Similarly, several French defendants used their trials to promote Islamic fundamentalism and used the trial context to signal their continued struggle against the French state. Many of the January 6 defendants have abused the language of political prisoners by claiming that they are prisoners of conscience and that they are subject to abuse by the authorities in pre-trial detention. The perception that “the system” is intolerably oppressive is an important aspect of violent extremist narratives. The balance between safety and liberty and the relationship between security and democracy is a longstanding struggle in the democratic world and one that has important ramifications.