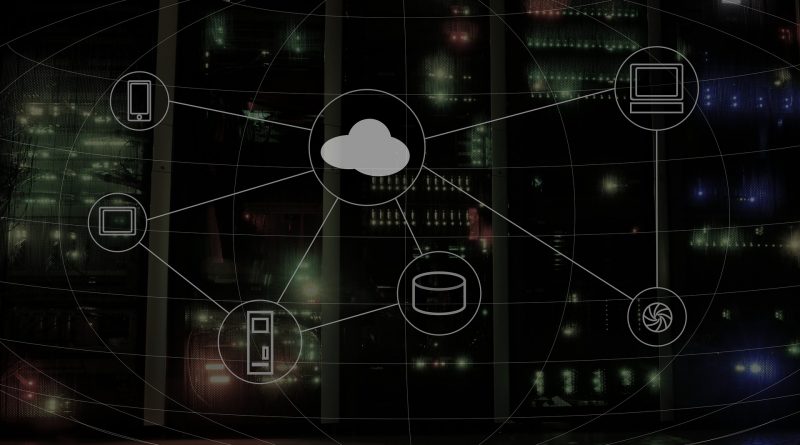 It is no secret that governments worldwide see the potential in investing and utilizing the cloud. The omnipresent “cloud” is a term used to describe servers that are accessed over the Internet to use software and databases. In one instance, data storage platforms like Google Drive or OneDrive are accessed through the Internet, rather than a physical server that would take up space in your home or office. The cloud has made its mark on data consumers and companies in recent years by creating cost-effective and faster data storage methods. However, the competition between companies that supply cloud products and services has gotten smaller and smaller.

Cloud providers help reduce government spending on purchasing and accommodating  physical servers and providing reliable backup services by hosting multiple data centers  internal to each office. On top of that, many cloud services include security components of their own to help mitigate the hundreds of cyber-attacks that governments face daily.

As cloud technology continues to globalize and connect the world, states have found themselves looking for ways to innovate their operations and processes through different technology providers. Since government department operations and internal processes are sensitive and vary, they turn to GovCloud (the Government Cloud), which refers to any government-specific cloud products and services that conduct cloud computing and virtualization. Companies continue to invest  and contribute to GovCloud, understanding that they’re competing with one another for contracts.

However, this can exacerbate an issue of cloud dominance, where one digital technology company holds a significant market share of government cloud products. When states purchase technology products and services, they are tasked with negotiating contracts and choosing the best option. Some governments may prefer to work with one company, rather than several, for less complicated business processes like billing and installation. While this might incentivize cloud companies to invest in innovation and further develop cloud technology, they may do this with the intention of monopolizing the government cloud market.

In the U.S., several technology companies are looking to secure a position as U.S. cloud providers throughout various agencies and entities . Since the U.S. decided to work with technology companies, bidding wars for a lucrative government contracts became a regular occurrence. However, the Wall Street Journal recently reported on Microsoft Corporation creating an alliance with other cloud providers to combat  Amazon Web Services’ (AWS) stronghold on the cloud market. Microsoft claims that the U.S. is not spreading its spending broadly enough, alluding to an AWS monopoly on the U.S. government cloud.

Similarly, the UK’s communication regulator Ofcom initiated an investigation of cloud products and services from the world’s tech giants. Ofcom plans to ensure that cloud companies are not only pricing their products fairly for consumers but that the competition in this market is secure. They aim to find out if the current market is working fairly for each cloud company, considering that as of 2022, AWS, Microsoft, and Google generate about 81% of the UK market’s revenue.

While Ofcom and Microsoft are taking it upon themselves to regulate the GovCloud market in different countries, there is no structure set for what governments should do when a single cloud provider takes over. This can create a situation where no company can sustain itself against a cloud giant, limiting the fruition of technological innovation and opportunities by restricting financial and labor resources. It can also leave states vulnerable to cloud giants because cloud applications are specific to that company— meaning that government agencies train their employees and align their processes with the application.

To combat this, governments should look at integrative processes in which many cloud companies can be involved. For example, SaaS (Software-as-a-Service) is a service where cloud applications are delivered over the internet, which removes the responsibility of holding and maintaining hardware devices. Google, Zoom, and other companies can provide this for governments adequately, while other companies like IBM and AWS can focus on artificial intelligence and data lakes. It is important to note that SaaS allowed free and accessible services like Google Documents to be a separate option from Microsoft Word, a product that needed to be purchased.

An issue that may arise here is the question of different computer languages and processes, so government entities can hire a team of cloud experts to map out how a multi-company-led cloud infrastructure could be created. Think tanks devoted to finding and advising on ethical technology practices can also be consulted, like Digital Future Society or the Institute for Ethics and Emerging Technology.

Additionally, governments can work with trade organizations to prevent cloud dominance through policymaking. In 2021, the U.S. Congressional Research Service reported on Big Tech Antitrust bills, finding legislative forms that addressed issues in company acquisitions and mergers, which could harm startup investment and interoperability or the ability for a user to move their data from one platform to another if they chose to. Cloud dominance can harm consumers and investors alike across different regions. A different path could be a coalition of states interested in maintaining market competition through a structured market system and policy implementation.

Global or regional implementation of an accepted diversity of GovCloud from different governments would help mitigate competitive issues between cloud companies and maintain a balance in the cloud market. It is essential to keep a free market, but it is the responsibility of governments to protect everyone outside of the private sector with antitrust bills and inclusive processes for cloud integration. Governments will continue to move forward with technology, but it is also vital for consumers and investors to be included in such conversations.