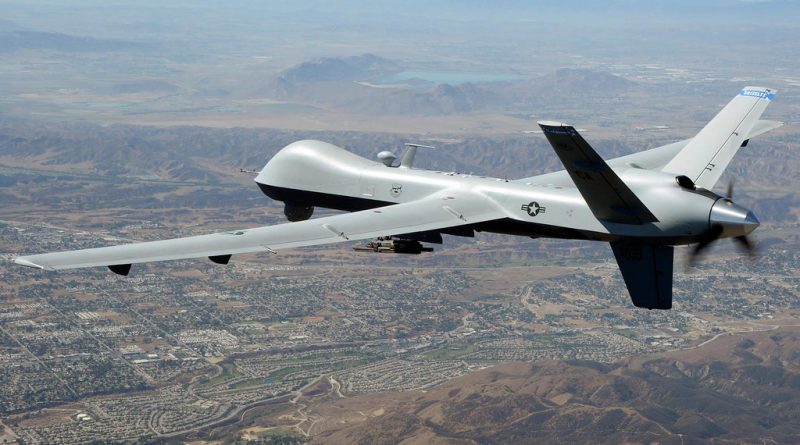 In the aftermath of the U.S.’s withdrawal from Afghanistan, the Biden administration has taken this time to reimagine U.S. counterterrorism strategy by investing in what it calls “over-the-horizon” capabilities. These counterterrorism capabilities allow the U.S. to strike at terrorist leaders from unmanned ariel vehicles (UAVs) but omit the crucial ground element to counterterrorism operations, taking away valuable human intelligence sources. While the killing of al-Qaeda’s leader Ayman al-Zawahiri may seem like a victory in the U.S.’s long-running struggle against terrorism, this rebranding of drone strikes not only presents issues to the U.S.’s credibility as a security partner but diverts attention and resources from meaningful counterterrorism efforts. As a result, utilizing non-kinetic options, like community policing, can not only fulfill the U.S.’s international counterterrorism objectives but repair its global image at the same time.

The Biden administration has tailored its counterterrorism strategy towards methods that limit U.S. ground presence and are more cost-effective. The U.S.’s strategic outlook on its competitors has changed dramatically since the early 2000s. In the most recent National Security Strategy,  the U.S. now emphasizes the threats other states like China and Russia pose. Twenty years ago, competition between peer states was de-emphasized 2002 National Security Strategy, and instead, there was a whole section dedicated solely to its counterterrorism strategy and non-state actors. The over-the-horizon counterterrorism strategy incorporates the views and desires of many Americans who supported withdrawal from Afghanistan by the end of the conflict since the doctrine doesn’t rely on long-term deployments.

The U.S.’s drone strike strategy is no stranger to commentary. From analysts and activists to academics, the U.S.’s use of drones as a centerpiece of its counterterrorism strategy has been widely critiqued. These criticisms, however, emphasize several crucial points; drone strikes damage the U.S. on the world stage, undermine the international rule of law, and needlessly cause civilian casualties that terrorist organizations can use as a recruitment tool. We are entering a time when the U.S.’s global reputation is at its most consequential. The U.S. faces China’s challenges to the U.S.-backed rules-based order, and Russia is trying to reassert itself on the global stage as Putin continues his war against Ukraine.

The U.S.’s over-the-horizon strategy also faces a critical hurdle in being fully effective – it intends to operate without a ground component. While those who support counterterrorism efforts without long-term deployments may champion this, the lack of human intelligence support for these operations makes it more challenging to verify intelligence collected from electronics and communication. Traditional counterterrorism methods of using troops in a country have produced civilian casualties, yet drone strikes cause excessive civilian causalities. The reliance on drone strikes without critical human intelligence increases the likelihood of more civilian casualties as decision-makers are left with half a painted picture. Moreover, when intelligence is wrong or incomplete, decision-makers prepare operations with catastrophic consequences, much like the strike in Kabul that killed seven children in 2021.

Additionally, the U.S. and its partners should bolster public services as part of its counterterrorism strategy. For example, some organizations like Hezbollah, provide assistance where governments cannot, and others, like al-Shaab, act as the local government and resolve conflicts within communities. These organizations swooped in to meet the needs of governments that had either failed or whose public sectors had been incapacitated. These community-centered counterterrorism approaches allow the U.S. and its partners to target the why behind people’s motivation for joining terrorist organizations, which can help reduce further recruitment while simultaneously assisting a population.

This isn’t to say that the U.S. must abandon the getting of terrorist leaders. On the contrary, striking at terrorist leadership temporarily impairs terror organizations, and new technologies have led to missiles designed to minimize collateral damage. But eliminating terrorist leadership can only go so far in countering terrorism. More sufficient countermeasures will require investing in communities and adequately providing public services to dissuade individuals from joining terrorist organizations. The U.S. and its allies can cultivate a stronger and more sustainable counterterrorism infrastructure through these measures.

Targeting the recruiting ability of terrorist organizations will deal a strike with more significant damage than any drone ever could by hitting them where it hurts: in the manpower. Using non-kinetic methods, like community policing, allows the U.S. and its partners to create a more responsible and effective counterterrorism strategy that places long-term solutions over quick fixes.

Peter Roberto is an M.A. candidate at Seton Hall University’s School of Diplomacy and International Relations where he is the Editor-in-Chief of the Journal of Diplomacy & International Relations. He is a member of the National Security Fellowship graduate program at Seton Hall University, providing research and policy recommendations to the State Department and Department of Defense this past academic year. Peter earned his bachelor’s degree in Criminology, Law and Society from George Mason University in 2021.