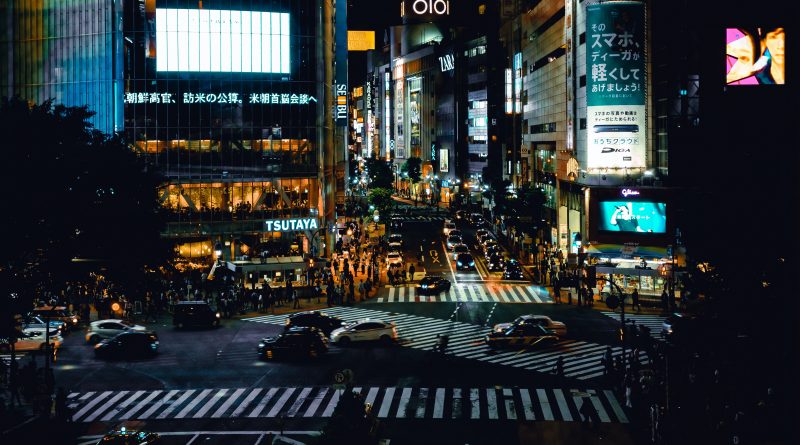 Around the world, countries are facing transitions in power and paradigms. With the imminent inauguration of a new U.S. president, a revitalized phase of multilateralism will upend the unilateral legacy the Trump Administration imprinted on the world order. In Asia, Japan saw its longest running prime minister, Shinzo Abe, step down in September of 2020. Unlike President-elect Biden, the newly appointed Japanese prime minister, Yoshihide Suga, came from the same party as Abe, having previously worked as his Chief Cabinet Secretary. Suga is inexperienced in foreign policy, having spent much of his career focused on domestic affairs as a traditional statesman.

As a result of his inexperience, many countries in the Asia-Pacific region are watching this transition intently. Japan is a critical ally for the U.S. on several key issues in the region, including the integration of a rising China, the denuclearization of North Korea, and the pacification of East and South China Sea tensions. However, with two new leaders at their helm, the U.S. and Japan are now transitioning from an unorthodox partnership to conventional political relations. During this transitional period, the national interests and shared values of both states have not fluctuated. For the U.S. and Japan to tackle the aforementioned issues, they will need to cooperate and commit to working together in the Indo-Pacific region.

President Trump has not been a typical politician; rather, he is a businessman and his style of foreign policy purposefully challenged U.S. relations with its allies. For Trump, foreign policy is a business transaction, based on costs and benefits which disregard shared values or perceived threats. He modeled his foreign policy after an “America First” attitude, regularly using foreign policy to strictly benefit the American people. Under the Trump Administration, relations between the U.S. and Japan could be considered a “bromance,” with President Trump applauding Abe as the “greatest prime minister in the history of Japan” and describing him as his “closest friend.”

Abe handled Trump’s unpredictability and businessman-style of foreign policy well, while still ensuring the voice of Japan was heard when the U.S. acted unilaterally on issues such as North Korea’s denuclearization, which is critically important to Japan due to its geographic proximity. Furthermore, the impact of North Korea’s abduction of Japanese citizens in the 1970s and 1980s is still in recent Japanese memory. Abe worked to ensure these issues remained relevant to President Trump and U.S. foreign policy in general.

Former Prime Minister Abe was the architect of the Free and Open Indo-Pacific (FOIP) policy to preserve the U.S.-led, rules-based international order. The FOIP endorses collective security through regional allies, promotes economic prosperity, and encourages good governance, universal human rights, and shared principles of international law. The Trump Administration adopted this policy with enthusiasm to enhance U.S. security alliances in the region. This policy is critical to Japan given China’s perception of the U.S. as a falling hegemon and desire to mold the international world in their image rather than fit into the existing one. Prime Minister Suga has stated that he desires to prioritize the U.S.-Japan alliance for the continuation of the FOIP. To deter China from continuing its aggressive behavior towards Japan and others in the region, the U.S. will need to engage in multilateralism and repair relationships with allies.

Other countries did not receive President Trump’s focus on unilateralism well. His transactional approach pressured allies to contribute larger sums toward their security as a way of gaining independence from the U.S.’ support. Despite Japan handling America’s unpredictability, many others in Asia and Europe questioned the level of commitment that the U.S. had to the region; many Asian countries understood the situation as needing to pick sides. This ultimatum significantly strained the potential for mutual cooperation between the U.S. and countries in Southeast Asia. For example, the Philippines, a longstanding U.S. ally, refused to be caught in the middle of a conflict between the U.S. and China. Instead, they opted to walk a tight rope between Chinese investment by increasing infrastructure development, while maintaining military support from the U.S. With the former unilateral approach and the resulting damaged alliances, President-elect Biden can expect strong apprehension from the international community about the U.S.’ engagement and level of commitment in the Indo-Pacific region.

A Shift in Paradigms and Formality: The Way Forward

Conversely, Suga has been making rounds to several Southeast Asian nations, like Vietnam and Indonesia, to show support for the region and to give suitable alternatives in the absence of U.S. support during the rise of China’s influence. No country in Southeast Asia desires to choose sides between the U.S. and China, but all have key interests in allowing more room to create closer economic ties with Japan and the U.S. With Suga taking the time to visit these countries, he is solidifying Japanese commitment to the region—and Biden should follow suit.

Therefore, as both countries enter into a time of transition, one question remains ever-present: should Biden maintain close ties to Japan? The U.S. and Japan have vital national interests in maintaining closer relations in the coming years and, even with a transitioning government, their shared values and common interests remain the same. As China continues to play outside the rules of the international system to secure their seat as a regional hegemon, global tensions will continue to mount. International issues that have been neglected by the Trump administration will also grow in scope and scale. Thus, we expect the Biden administration to revitalize multilateral foreign policy by working with allies like Japan.

By working with such allies, the U.S. can take actions against perceived threats, like China. Both countries will need to counterbalance against the power vacuum created by Trump, and Biden will need to prioritize allied relationships in order to strengthen their credibility to compete with China. Biden will be tasked with showing U.S. allies that the country is committed to the region, just as Japan has. Pulling smaller nations out of the Chinese sphere of influence, with the help of Japan, will be critical in the coming years of the Biden Administration. While one cannot expect another “bromance” to blossom like it did between Abe and Trump, the international community can assume that Biden and Suga will work closely together to secure the future of U.S.-Japan relations.

Kassi Bourne is a second-year M.A. candidate at the School of Diplomacy and International Relations who specializes in Asia Studies, Global Negotiation and Conflict Management. Kassi works as an Associate Editor for the Journal of Diplomacy and International Relations and is a teaching assistant for Dr. Zheng Wang in his undergraduate course on Cross-Cultural Negotiation. Originally hailing from Texas and Kentucky, she moved to New Jersey to pursue her masters degree after spending several years teaching in Japan and attending Gifu University. Kassi is proficient in Japanese, and received her bachelors degree from Northern Kentucky University in 2016. She is also a member of the Sigma Iota Rho honors society. Kassi is an aspiring Asian policy specialist who wishes to venture into public diplomacy following graduation.