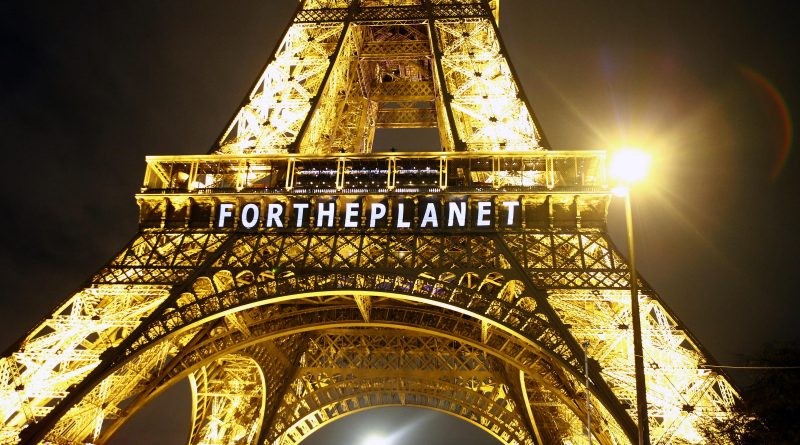 In the summer of 2017, President Trump made the divisive decision to have the United States withdraw from the Paris Climate Agreement. Although this move is unsurprising since his 2016 campaign clearly advocated that the threat of climate change was a hoax, the decision is nonetheless damaging to the effectiveness of the Agreement itself as well as future climate treaties. The most notable effect will be the huge chunk of U.S. funding missing to meet the $100 billion per year budget amassed from developed nations to be attributed to sustainable projects and funding for developing countries. The inability to fund sustainable practices in states who cannot finance the projects themselves will only compound the struggle to build sustainable foundations in developing countries with each subsequent year. Additionally, it is no surprise that the Trump administration was willing and prepared to withdraw from the Paris Climate Agreement since signatories are not legally bound to the obligations of the Agreement.

The true shock of the United States’ withdrawal from the Paris Climate Agreement comes from the simple fact that the U.S. was able to withdraw without serious consequence and relative ease. Of course, there will be disastrous environmental, economic, security, and humanitarian fallout from high carbon-emitting states like the U.S. failing to adhere to sustainable practices. However, from the position of the Trump administration, these repercussions will not emerge from withdrawing from an Agreement perceived as a robbery from the United States’ budget. Despite this administration’s failure to see how it is cheating itself in the long-run, what may be more worrying is how the international community did not see this coming.

Nicaragua was the sole vocal nations not to laud the Paris Climate Agreement upon its completion in 2016.* Firstly, Nicaraguan negotiators made strong statements against the weak environmental benchmarks for the international community to achieve. This included not surpassing a 2 degrees Celsius global average temperature raise, which for developing nations will be unsustainable due to climate feedback loops. Climate feedback loops will ultimately raise temperatures up to 4 degrees Celsius, making life impossible in countries near the equator or for people living below or near sea-level. Nicaragua stood up for fellow developing nations such as India, Pakistan, and the nations of the Maghreb and Sahel whose survival cannot sustain a four degree temperature raise, despite these nations’ failure to seriously address these issues themselves. Secondly, Nicaragua rightly pointed out that the world’s currently developed nations bear the bulk of the carbon emissions which created today’s climate threats, and thus should be held responsible through the Agreement. One of Nicaragua’s representatives at the Paris summit, Paul Oquist, stated, “[The idea of] universal responsibility – [that] everyone is responsible – is a spin on historical responsibility, because everyone didn’t create this problem.”

Nicaraguan representatives addressed the concern that should have occupied every delegation’s agenda: that large, carbon-emitting states would escape both past and future climate responsibility at the expense of poorer, developing states. As a result of this oversight, the Paris Climate Agreement is a non-binding document which has allowed one of the biggest contributors to climate change to dodge any fiscal and humanitarian responsibility regarding the environment. Leading up to the Agreement’s final draft and release, the political context of at the time should have given adequate warning for the potential fate of the historic document. A wave of right-wing populism in Europe with several of its leaders uninterested in pursuing a global pact against climate change and the United States embroiled in a contentious election cycle with a candidate who vehemently apposed the notion of responsibility to maintain the environment should have been serious indicators that Nicaragua’s position was well-founded.

While these concerns are of high importance, it is also critical to note that the Paris Climate Agreement took several years of tough negotiation and compromise between states and must be recognized as a significant contribution in the move to fight climate change and promote inter-state cooperation for the common good. Despite the United States’ withdrawal from the Agreement, experts say that the Agreement’s framework will still be relatively effective, although the decision may complicate future international climate agreements. Since its original dissent, the Nicaraguan government has also since ratified the Paris Climate Agreement but has still refrained from signing.

With the summer of 2018 gearing up to be one of the hottest in U.S. records, it is essential that fellow developing states ally and adapt a more hardline stance which mirrors Nicaragua’s original dissent to more adequately address climate change in the international arena. Policy experts are predicting that the United States’ withdrawal can seriously damage the effectiveness of future climate agreements. More importantly, the U.S.’s removal proves Nicaragua’s original point: that those who created the problem will continue to perpetuate it without a binding legal framework. If the international community intends to survive through 2100, it is critical that developing nations demand more of wealthy nations and that wealthy nations are legally bound to keep their climate change policy promises to prevent repeat withdrawals. Summers will unquestionably continue to get hotter, and future climate agreements need to match its intensity and pace to prevent catastrophe.

* Note: Syria was also the only other non-member to the Paris Climate Agreement. However, it was not expected that Syria partake in the agreement due to the severity of the Syrian civil war.

Meagan Torello is a Master of Arts candidate at Seton Hall University’s School of Diplomacy and International Relations. Her specializations are in International Law and Human Rights and Global Negotiation and Conflict Management. She has done research on the development of women’s rights of Muslim women in France and the evolving legal framework of women’s rights in Morocco. She currently serves as the Editor-in-Chief of the Journal of Diplomacy and International Relations.