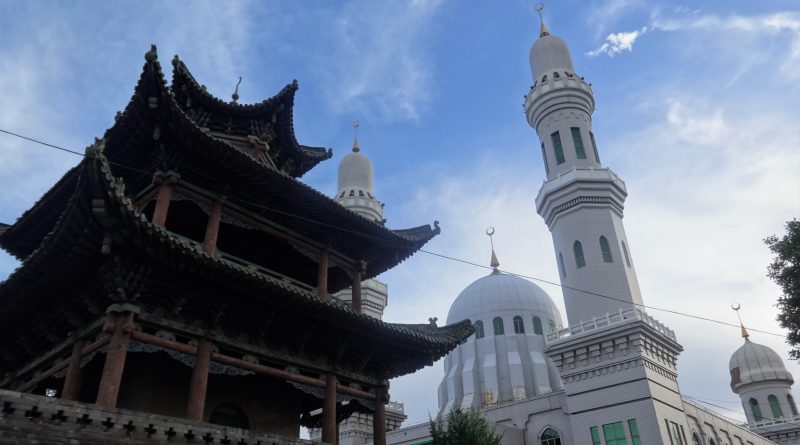 As Human Rights Watch released its report on Beijing’s repression of Uyghurs and other minorities on Monday, it is important to remember that the factors driving repression and discrimination in China are not just top down, but also bottom up. Chinese society plays a critical role in perpetuating or permitting government repression, but is also capable of confronting it. This is particularly obvious when comparing government repression in Xinjiang and the #MeToo and Jasic labor movements.

About a year ago, while I was still living in China, I decided to travel to Xinjiang. My Chinese friends gave me one of two responses: the fruit in Xinjiang is very good or Xinjiang is dangerous. One friend gave me quite a lengthy lecture in an attempt to convince me not to travel to the region, arguing that the people had ‘a problem with their thinking.’ When I could not be dissuaded, he advised me only to trust Han tour guides. While some of this prejudice may have been fomented by government narratives, as detailed in the recent Atlantic article on the pathologization of Islam, grassroots controversy regarding ‘positive discrimination’ by both the government and corporations towards Muslims and Uyghur people suggests that discrimination is bottom-up as well.

Similar problems are faced by the #MeToo movement and movements for migrant workers. While the #MeToo movement was limited by government censorship, women’s accusations also faced significant disbelief from ordinary internet users. When I was a teacher at a Chinese university, many of my female students displayed some degree of internalized sexism, with female engineering students expressing the belief that they were unsuitable for their major (or that most women were) because of their gender. While the eviction of migrant workers from Beijing and violation of migrant worker rights was met with criticism from journalists and intellectuals, a recent attempt to educate the children of migrant workers at an elite school’s campus revealed the socioeconomic discrimination that this group faces. The perilous legal status of these migrant workers is both profitable and helps preserve class distinctions in an increasingly unequal society.*

However, tenacious grassroots movements can also successfully confront both government-led repression and societal discrimination. Thus #MeToo ultimately seems to be making an impact, as it moves from accusations on university campuses to allegations against journalists and other public figures. The Jasic labor movement, in which university students from several top universities joined workers protesting for their right to form an independent union, drew both international and domestic attention to labor rights issues. One Chinese friend currently living in Guangzhou told me that despite censorship of articles regarding the movement and the fact that some users have been permanently blocked from WeChat for discussing this and other controversial issues, “We continue to share screenshots of this news. We are not afraid.” This friend, who had previously believed that labor strikes were a terrible thing, then used this instance of labor unrest to teach me a new Chinese phrase: “You cannot wrap a fire in paper.” Right now, she said, the government is trying to hide these things, but they cannot conceal them forever.

So what makes an instance of repression a fire that ‘cannot be wrapped’? The issue must be widespread — such as labor abuses, gender-based discrimination, food and drug safety — and obviously systemic. Government censorship of consistent government failures makes it more difficult to build momentum around less obviously systemic issues. The involvement of youth, particularly students from top universities, is a crucial factor. In fact, one Peking University student, Yue Xin, played a crucial role in both the #MeToo and Jasic labor movement. Chinese youth can use their social media savvy, as well as childhood experience with ‘Martian’ (a code language originally used to circumvent teachers and parents), to evade censorship and spread their message. Many youth have greater economic and ideological flexibility than previous generations. According to a recent report by LinkedIn (Chinese original, English), youth born after 1995 are more likely than any previous generation to quit a job without having another job offer, and often do quit to pursue something they enjoy. This may give them more latitude to get involved in issues about which they are passionate, such as equality. In my personal experience, I have never met a student who enjoyed their ‘politics’ classes (in which they study Party ideology), a phenomena that also seems to be present at top university campuses.

However, although foreign media have drawn parallels between the Jasic labor movement and the democracy movements of the 1980s, the students involved have made it clear that what they seek is not a change in regime, but a move toward greater fairness and equality. For reasons of practicality or loyalty, bottom-up movements have their limits. The #MeToo movement may create greater awareness of sexual harassment in society, but the dearth of female leaders in the upper echelons of Communist Party leadership means that total equality may be long in coming. A widespread domestic movement for the rights of the Uyghur people, which would be squeezed between government surveillance systems from above and Han prejudice from below, seems unlikely to ever occur.

In comparing these three situations, it is clear that grassroots-led movements can lead to changes in societal perceptions, as in the Jasic and #MeToo movements, which may ultimately result in policy change. In order to keep the ‘fires’ of inequalities from erupting into greater discontent, the Chinese government must address these injustices identified by civil society, and might benefit more from co-opting these movements than from seeking to quench the issues they raise.

However, ‘grassroots’ prejudice can also collude with government repression, particularly when the repression occurs primarily in an isolated area and is focused on a group that is already the target of majority prejudice, as in Xinjiang. Chinese society has a responsibility to confront their prejudices and the inequalities in their society in order to ensure that China truly is a country in which people of all ethnicities, genders, and socioeconomic levels can enjoy equality and harmony. Civil society, both domestic and international, must engage youth, especially those from elite universities, in creating new, more egalitarian narratives. By doing so, they will win innovative and insightful allies who are able to work flexibly within the structures of censorship and ideology to create a more equal society.

*Note: According to the 2018 World Inequality Report by World Income Database. (pdf)