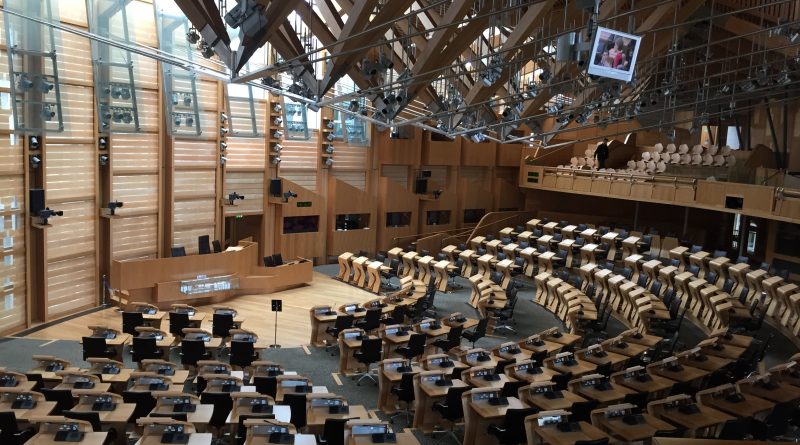 In the midst of all the craziness that is Brexit, Nicola Sturgeon, first minister of Scotland, has been working hard in Edinburgh to get approval to hold a second independence referendum. The day before Theresa May’s letter was handed to Donald Tusk, which formally declared the United Kingdom’s decision to invoke Article 50 of the Lisbon Treaty, the Scottish Parliament voted in a majority to support Sturgeon’s bid to hold another independence referendum, and this would take place in late 2018 or early 2019. The British government responded by saying they should have all the information about their future relationship with Europe and thus it would be unfair to ask the people of Scotland to make a decision of this importance. However, the dates for when the referendum is held were chosen so there could be a clearer picture of the relationship with the European Union considering the fact that the negotiations have to be completed by spring 2019.

Clearly, there is great disagreement between Sturgeon and May over Scotland holding a second independence referendum. The first referendum held in 2014 did not pass with 55 percent voting against independence, but after the results of the EU referendum held in 2016 were announced, support for Scottish independence saw its highest levels since Scotland voted overwhelmingly in favor of staying. However, as the level of uncertainty rose about the future of the UK and its relationship with the EU, support for independence decreased gradually. May’s comments about Sturgeon’s decision to seek permission for a second referendum are simply, “now is not the time.” May does not approve of the timeline Sturgeon created for the referendum, and she wants to put the focus of the UK on negotiating the best possible deals with the EU for a smooth Brexit. In her eyes, Scottish independence can wait. This is not the viewpoint of Sturgeon. She has said, “it is absolutely essential that if the will of the Scottish Parliament is for a referendum then that should be respected.” She has no desire to bring this to the courts to settle if Westminster does not approve Scotland’s request to hold the independence referendum.

Even though Sturgeon has a great deal of confidence the referendum can pass this time, there is still a lot of uncertainty surrounding the entire issue. This mainly rests on the question of whether Scotland will be able to rejoin the EU if it successfully gains its independence from the UK. Spain is one country that could potentially block Scotland from joining because of the independence movements that are also currently happening in Catalonia and the Basque Country. If Spain allows Scotland to join, this could send the message to these two regions that it is acceptable for them to also hold independence referendums of their own, and this is not in the interest of the Spanish government. On the other hand, if Spain does allow Scotland to join the EU, it could give them some sort of leverage over the issue of Gibraltar. There is also the question of whether or not Scotland will be able to join the Eurozone. During the last independence referendum, the British government told Scotland that if the referendum passes they would no longer be able to use the pound as currency, and it would not be surprising if the British government put a similar ultimatum in place for Indy Ref 2. There are several requirements for joining the Eurozone, some of which Scotland may not meet in the infancy of its independence, and this could cause several economic problems for the Scots.

If Indy Ref 2 proves to be more successful than its predecessor, there is also uncertainty about the future of the UK. In Northern Ireland, which also voted to remain in the EU, there has been a discussion of possibly holding a border referendum to unite the island of Ireland. Northern Ireland’s main issue of uncertainty in the Brexit negotiations is whether or not the border with the Republic of Ireland will remain the same or return to a hard border. This affects the daily lives of many people who commute across the border for work. If Scotland votes to leave the UK, those in Northern Ireland who are currently not in favor of a united Ireland may shift their views, particularly if the issue of the border does not turn out well. Nicola Sturgeon will do everything in her power to ensure a second independence referendum is held in Scotland. Using the argument that the Scottish vote in the EU referendum was to remain, she believes in a future for the Scots in which they are a part of the EU.

Erin Dobbs is a second-year graduate student at Seton Hall University. She is pursuing her master’s degree in diplomacy and international relations with specializations in foreign policy analysis and global negotiation and conflict management. She received her undergraduate degree in political science and history from Villanova University. Erin is a Social Media Associate with the Journal of Diplomacy.