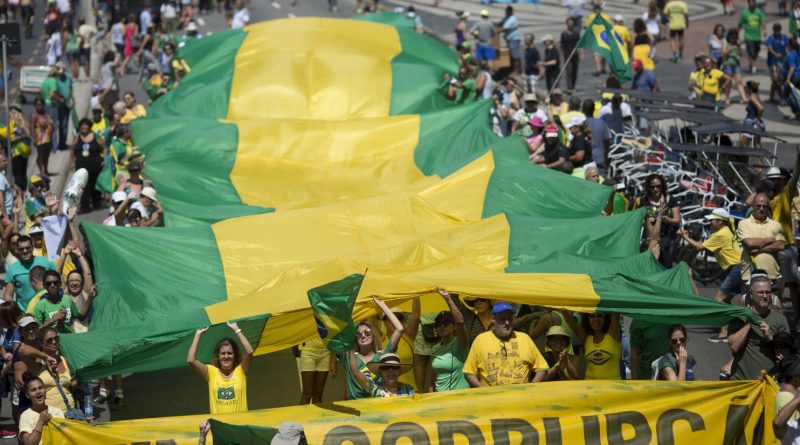 By Diana kraiser
Last week, the Brazilian Supreme Court released a list of 108 top politicians involved in corruption, fraud, and money laundering. Although President Michel Temer was not listed, nearly one-third of his cabinet and the heads of both chambers of Congress will be scrutinized by Operation Car Wash, the name given to the investigation of a bribery scandal involving the state-controlled oil company Petrobras. Eight months after the Brazilian Senate voted to impeach President Dilma Rousseff, political stability remains a challenge within the country. Whereas the impeachment process succeeded in ousting the president for administrative improbity, I argue that it failed to advance the democratic debate.

Why did the impeachment process fail to bring the necessary debate to build a strong democracy, threatened by the stagnant economy and continuously popular dissatisfaction? The lack of dialogue between different ideas is one of the biggest problems, leading to polarization and, consequently, hampering democracy. Supporters of Rousseff’s government and defenders of her impeachment find themselves at two opposite standpoints that allowed stereotyped notions to prevail. This scenario is commonly motivated by what the Nigerian writer, Chimamanda Ngozi Adichie, described as “the danger of a single narrative.” The single story reduces the complexities. The main characters of Brazil’s political crisis were abruptly merged into left or right-wing concepts. Rousseff and her Worker’s Party were deemed as Bolivarians or communists, whereas pro-impeachments were considered liberals or the business elite. The polarized highly-charged political and social discourse were not only Brazil’s context. The 2016 US Presidential elections and Brexit, Britain’s European Union referendum, were also influenced by the so-called “post-truth politics.” Not by coincidence named the 2016 word of the year by Oxford Dictionary, the term characterizes circumstances when public opinion is more influenced by emotion and personal belief than by objective facts. In the particular case of Brazil, if you did not like the Worker’s Party, for example, you would automatically disapprove all its policies, including the ones responsible for the decrease of social inequalities and poverty. On the other hand, embracing Temer’s government would mean ignoring that his cabinet was composed by only wealthy, white men. Your points of view become less the result of critical thinking and more a sign that you embrace political correctness. Contradictory facts will be ignored in lieu of things that are in line with someone’s conviction.

With this concern in mind, Brazilian students at Harvard University and Massachusetts Institute of Technology organized the Brazil Conference to discuss Brazil’s challenges and its priority agenda two weeks ago. A diverse and inclusive selection of speakers from Brazil’s politics, academia, and entrepreneurship came together to discuss sustainable and innovative solutions to its crisis. The organizers were careful to avoid unnecessary clashes. Since the beginning of Operation Car Wash in 2014 and that year’s Presidential election, these are commonly seen in Brazil. Opposed ideological positions came to blows in every possibility, fostered by lawless social media. What should have been a democratic space resulted in widespread defamation and even household tension. President Rousseff continued in the United States for a series of interventions in the last couple of weeks. They opened space to discuss the challenges for democracy in Brazil. Americans, Brazilians, and foreigners from other nationalities were attracted by what she had to say about the controversial impeachment process. Referring to the impeachment as a coup, she argued that it was motivated by misogyny and the necessity of top politicians and businessmen to stop the Car Wash investigation. Mentioning Milton Friedman, she argued that a crisis was needed to impose neoliberal practices. The ousted president concluded, however, that the Brazilian political system needed to be reformed.

Rousseff’s process of impeachment and the Car Wash Operation shed light on an entrenched political structure, especially in regards to the large number of political parties. With more than thirty parties registered with the Superior Electoral Tribunal, they lack strong ideological identities and need to resort to coalitions to get elected. Bribery and bargaining are used to help forge alliances. Rousseff’s interventions, however, were more focused on justifying why the impeachment process turned out to be a coup conducted by conspirators involved in the corruption scandals. Composed by a large majority of supporters, Dilma was welcomed with a standing ovation. She did not have to face many uncomfortable questions about her own mistakes while President. The supposed debate on democracy was mostly overshadowed by a lack of diversity of viewpoints. At the New School, for example, what started as an open dialogue was momentarily interrupted by verbal threats, reminding participants of a more aggressive environment seen during impeachment protests from both sides.

How to build bridges between different perspectives and avoid the pitfalls of a single narrative? Led by the “post-truth politics,” the popular will was largely exploited by Rousseff’s opponents during the impeachment process. In the end, democracy gave place to political interests. Crisis should offer the opportunity to evaluate what is not working. In her interventions, President Rousseff defended transformation in the Brazilian political system. Although this is a debate that concerns much of the legislative and judicial bodies, Brazilian citizens should re-evaluate their role in the current crisis. The political game is dirty as well acknowledged by Rousseff. Citizens can choose whether to play it or not.