On January 30th, it was announced that Chadian armed forces drove Boko Haram fighters out of the town of Malumfatori in northeastern Nigeria, which had been seized last October. This was the first such action of foreign troops fighting the group inside Nigeria. On the same day at an African Union conference in Addis Ababa, leaders agreed to the creation of a 7500-strong multinational task force for the purpose of facing down the threat from Boko Haram to Nigeria and the wider region. Benin, Cameroon, Chad, and Niger have all agreed to contribute troops to the force, which will have an initial mandate of one year to deal with Boko Haram and other terrorist threats.

Why is it only in 2015, nearly six years after the beginning of violent activities by Boko Haram, that serious international efforts are being made to address the problem? In fact, it is not; the first efforts against the terrorist threat by multinational forces were through the Multinational Joint Task Force of Nigeria, Niger, and Chad. This force, which is still in place, pre-dates Boko Haram and focuses on shared security concerns of the member states. As the threat of Boko Haram rose, the force made efforts to counter it. The force has proven largely ineffective though, particularly in countering Boko Haram in Nigeria; there seems to have been a greater focus on strategic cooperation more than ‘boots on the ground.’ But the most recent skirmish involving the task force was in early January, where they were forced out of their base town of Baga, located on Lake Chad in northeast Nigeria, followed by high civilian casualties. 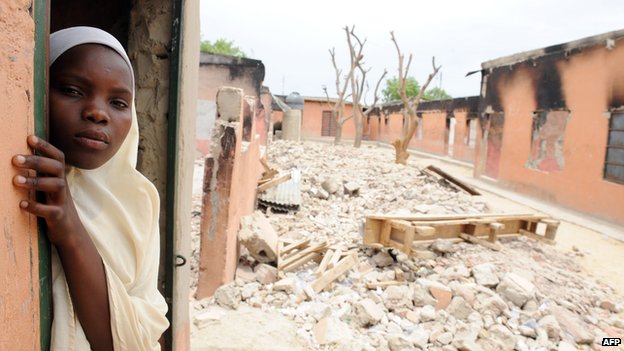 Part of the difficulty in creating a multinational response to the Boko Haram threat to Nigeria has been Nigerian leadership. Although President Goodluck Jonathan and other leaders have made statements calling for international action to aid them in fighting back the terrorist group, they have also made statements to the effect that the problem is within the ability of Nigeria’s military (Africa’s largest) to control. On the ground, however, lack of capital funding (despite high security spending – this is reportedly a result of corruption among some Nigerian leadership), lack of training, and lack of necessary armaments curtail much of what the ground forces may be able to accomplish. Add to this the quite rapid advances made by Boko Haram in the past six months or so and the relatively sparsely populated and rural regions the group mainly functions in, and it should be quite clear that more resources are needed if Boko Haram is to be weakened and eliminated as a threat.

Other international efforts have been made as well. The US during 2014 provided training and non-lethal tools like drones to the Nigerian armed forces, similar to its efforts in Iraq to help counter ISIS. However, a conflict in late 2014 caused the suspension of that coordination, which to this point has yet to be resolved (though the US maintains its support for Nigeria). With Boko Haram now in effective control of Nigerian territory about the size of Belgium, the loss of such tactical support seems quite worrying.

So the prospect of a dedicated multinational force may be a ray of hope for the millions of Nigerians currently living in areas under Boko Haram control, and the efforts of the Chadian military to liberate one such town should bolster the hope that the militants, though effective guerillas, will be unable to withstand attacks by coordinated military forces. Still, like many terrorist threats, the military angle is only one facet of the problem Boko Haram and other such groups represent. Terrorism is a tactic which supports other ideologies; whether the group is the IRA, Sendero Luminoso, al-Qa’ida, ISIS, or Boko Haram, the tactics of terror are only means to an end. As long as there are supporters of the ideology, there may be those willing to undertake terrorism to achieve those aims.

Even if military action by the international force is effective in liberating most of the areas under Boko Haram’s control, there will likely still be many who support the ideals of the group or some version of them. While the regional and international community can pursue military strategy to deal with the physical gains of Boko Haram and other groups, there should be a stronger effort made to counter the intellectual side of the group as well. This has been recognized for several years, and propaganda campaigns against ISIS and al-Qa’ida have sought to foil those groups own strategic propaganda. Efforts like this would be slightly more difficult in the case of Boko Haram, as the group engages in less propaganda and is based in an area that is less connected to communications. Nonetheless, it is important that a comprehensive plan be established to counter Boko Haram, both physically and intellectually. International efforts can and should support this goal; the recent announcement of international forces will be most effective if it can be followed by a campaign of anti-extremism.

Steven Massa is a gradate student in Diplomacy and International Relations at Seton Hall University. He is studying Global Conflict and Negotiation, and the Middle East.