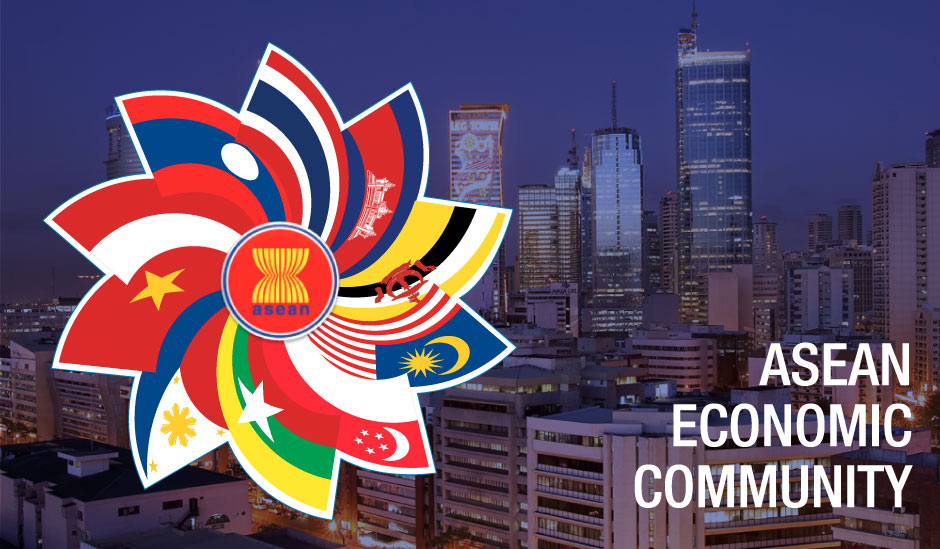 Amid a global economic crisis, multiple countries in Southeast Asia have proven resilient and capable of sustaining a relatively consistent level of growth over the past five years, despite slowdowns elsewhere. Highlighted by a resurgent Indonesia under recently elected President Joko Widodo, a bullish Philippine economy that is averaging 6.3% since 2010, and an expanding manufacturing powerhouse in Vietnam, investors from around the world are taking note of the momentum that the region brings to the global economy in 2015. Even countries that do not receive as much media coverage for Southeast Asia’s much-esteemed performance—Myanmar and Cambodia—are attracting greater foreign direct investment.

The region has much in store for 2015, which may now see countries shift from tempering to managing expectations.

In 1997, leaders of the Association of Southeast Asian Nations (ASEAN) initiated the ASEAN Vision 2020, a plan to incorporate the region’s economies into a single market and mitigate socio-economic inequalities by the year 2020. Chief among those list of goals is the establishment of an ASEAN Economic Community (AEC), an effort meant to strengthen and promote the competitiveness of the region. More importantly, it calls for an integrated Southeast Asian economy à la European Union, one that fosters “the free movement of goods, services, investment, skilled labour, and freer flow of capital” within the region.

However, it was in 2007 that changes to Vision 2020’s schedule that brings us to the importance of the current year. At the 12th ASEAN Summit, leaders of ASEAN agreed to establish the ASEAN Economic Community by 2015, given resounding confidence among ASEAN leaders and the progress being made then; for instance, Cambodia was posting double digit growth rates in years prior, with other economies like those of Laos and Singapore on an upward trajectory in 2007. There was high investor optimism in the region, with many begging to ask whether a new group of ‘Asian Tigers’—Indonesia, Malaysia, Vietnam, and the Philippines—would become legitimate economic forces in Asia’s future.

Yet, as promising as Southeast Asia’s emerging economies have proven to be in recent years, they are of course confronted with drawbacks of their own.

For instance, following the onset of the 2007-2008 financial collapse, countries around the world experienced a significant slow down. Asia was no exception, with economies like those of Thailand and Singapore seeing red despite posting solid rates in years before. The latter slipped and fell into a recession in the third quarter of 2009, with the economy contracting 1.3% and leading to a drastic cut of its foreign labor force.  While the most-affected countries have rebounded since then, consistency in a stabilizing global economy is needed.

Many of us are rejoicing about the lowered gas prices that have dropped even lower well into January of this year. However, this may bring rather unsettling news for regional oil-exporters like Indonesia and Malaysia in 2015. For the latter, the impact may be even greater given that the country slashed diesel and unleaded fuel subsidies to have its prices better reflect the current market. It will be a rough year for the 2015 ASEAN Summit host, which is already faced with multiple economic woes. Coupled with a weakening Malaysian Ringgit, the country’s growth rate is expected to “slip back” below 5% this year, predicts senior economist Vishnu Varathan of Mizuho Bank. The implementation of the 6% goods and services tax (GST) by the Rajak government may also prove costly for a country looking to stay strong and defy naysayers into the first quarter of the new year.

For the Philippines, wealth is still heavily concentrated and controlled by dynastic, old money families. As encouraging as it is to hear about the expansion of the Philippine economy, a different tune is being sung by the majority of Filipinos, who have yet to see such progress. Taking a look at fast-growing Laos roughly 2000 km away will reveal the same story of widening inequali-ty even when big-ticket projects and greater interest from foreign investors suggest otherwise.

And of course, multiple ASEAN members—Malaysia, Vietnam, the Philippines, Taiwan, and Brunei–are still embroiled in a disagreement with China over ownership and control of a chain of islands in the South China Sea. The issue, which intensified 2014, elevated to maritime clashes, a deterioration of relations, and a lack of trust between claimant nations and the People’s Republic of China. After promoting its plan for a modern-day Silk Road during the 2014 APEC Summit in Beijing, China may likely use the prospects of increased Chinese investment in Southeast Asia as an incentive for compromising on the island skirmishes. It is important to keep in mind that while much of their attention has been focused mainly on China, the other claimant countries have conflicting territorial claims with one another as well.

With so much already on their plate, it will be interesting to see whether the region’s efforts of moving closer towards a single ASEAN market will ever materialize. The 2015 ASEAN Summit, set to be hosted in Langkawi in three months, may give us insight into what Southeast Asia may look like in the near future. For now, a number of countries in the region appear poised to make even more noise throughout the year.

Nave is a graduate student at Seton Hall University and an Associate Editor for the Journal of Diplomacy. Nave is pursuing his Master’s degree in Diplomacy and International Relations, specializing in Foreign Policy Analysis with a regional focus on the Asia-Pacific.​