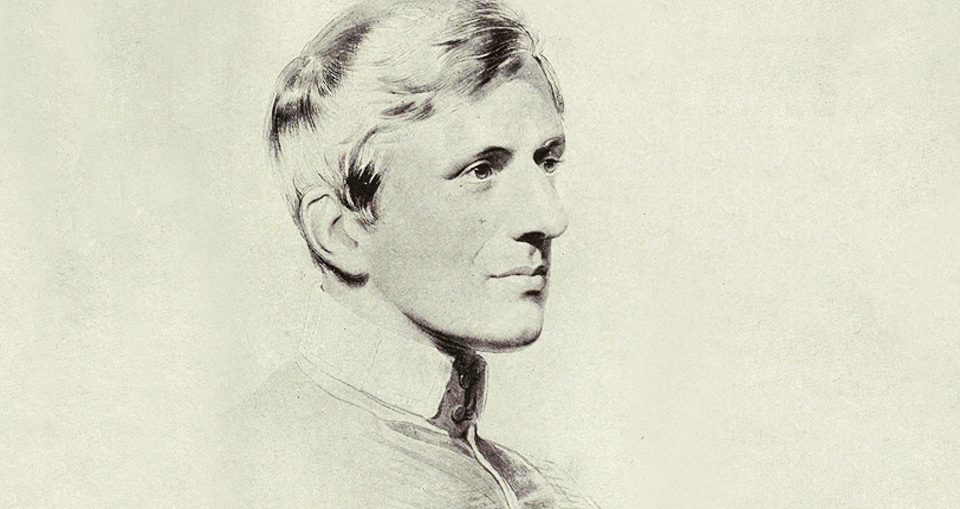 In late November, the Archdiocese of Chicago and the Congregation for the Causes of Saints announced that they had confirmed a second miracle for Blessed John Henry Newman. According to the Catholic News Service, a young law graduate from the Archdiocese of Chicago faced life-threatening complications in pregnancy. She miraculously recovered through the intercession of Blessed Newman. This past week, his canonization was approved by Pope Francis, which means he will join the communion of saints.

Newman, a theologian and Cardinal from the 19th century, is the patron of our movement to restore universities to the ideal of the University system. Through his works, particularly “The Idea of a University,” we might recognize the importance of tying this University more seriously to the spiritual and scholastic wealth of the Catholic Intellectual Tradition.

Therefore, many among us, perhaps few more than myself, were thrilled to hear this announcement. Through his intercession, it is my hope that this publication may continue to inspire those who read it to answer the call to higher living and continue our success of writing and publishing articles that inspire students to genuinely consider what role religion can have in their life and public life.

Further, his patronage has guided us to a recent development in the life of this publication. Since our last issue, you may have noticed the change in our cover: “Augustine Collective.”

“The Augustine Collective is a student-driven network of Christian journals on college campuses…The journals seek to reinvigorate thoughtful conversations about faith on campus by publishing student essays, reviews, art, and poetry inspired by the conviction that the Christian Gospel encompasses the whole of life itself.” The first collective journal was published at Harvard in 2004, and it spread to 29 other college campuses in the country, including other members of the Ivy League and many other schools in the Northeast.

It is my distinct pleasure to announce that “The Heart of the Hall” was accepted into the Augustine Collective since our last publication. This makes Seton Hall University the FIRST Catholic University to join the network and perhaps others may start following suit. This is a tremendous achievement for our University and for the growing movement among students to foster the creation of a Christian culture on University campuses.

Many writers from “The Heart of the Hall” attended the annual conference in Boston at the end of January. Our writers recognized that we are part of a larger movement to foster dialogue about the integration of faith and reason and answering questions such as: what is truth to a college student, what does it mean to be, and what is so modern about modernity?

Our acceptance into the Collective also orients our content within the original scope of the Mission of the Publication to now include art, poetry, and scholar interviews.

For this Winter Issue of “The Heart of the Hall,” an emergence of thought and expression from the cold of winter is one main focus. Paraphrasing Professor Mark Miller, “In the winter, we think of death more often.” The cold in the air, the gray overcast sky, the increase in deaths during January from those who wanted to make it through the Christmas season. The thoughts and our themes developed by our editors emerge tangibly from winter. We speak of death, of horror, of scandals, friendship and of love.

What does this thematic group show? That in the gloom and darkness of winter, it is friendship, community, and love that seem to permeate through the harsh realities of our existence. The motto of the Carthusian order reads, in Latin, “Stat crux dum volvitur orbis,” meaning, “The cross stands while the world turns. ” It’s my hope that this publication serves as a reminder of the truths that remain while the world continues turning.