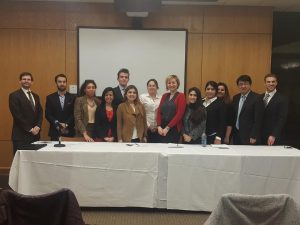 The first day of presentations began with opening remarks by Dean Andrea Bartoli, who commended Dr. Wang for the creativity of the conference. Four panelists presented their work on the localized conflicts occurring in all parts of Africa. “Conversation is dangerous,” stated Dean Bartoli, “but injustices must be discussed for the sake of the victims to conflict, and for the betterment of society.”
END_OF_DOCUMENT_TOKEN_TO_BE_REPLACED

Exhibition “Changing Perspectives” hosted by the School of Diplomacy 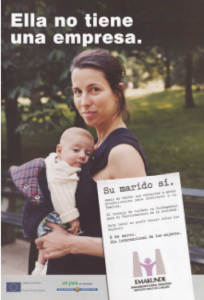 The School of Diplomacy together with the Basque Government Office in NYC has launched an exhibition “Changing Perspectives” on the three decades of work of the Basque Institute for Women – Emakunde. The exhibition is included in the Seton Hall University’ Petersheim expo and it represents the School’s continued efforts to develop partnerships with academic institutions, government, think tanks and civil society of the Basque Country. It features posters depicting various campaigns and work of Emakunde.

Emakunde was created in 1988 as the Basque Institute for Women. It was awarded the 2015 United Nations Public Service Award for “Promoting Gender Responsive Delivery of Public Services”. As an autonomous body of the Basque Government, Emakunde has promoted and led the process of development, implementation and evaluation the equality policies of women and men in the Basque Autonomous Community 1988 including the Law for Equality between Men and Women passed in 2005. For the last 28 years, Emakunde has launched several awareness campaigns about equality between women and men in different areas of life, often making the invisible visible. The goal of the exhibition is to commemorate Women’s History Month, an annual declared month that highlights the contributions of women to events in history and contemporary society, through sharing images and messages of Emakunde’s campaigns that have helped transform the way Basque society sees and experiences the Basque Country and the world in terms of gender equality. The exhibition will be hosted by the School of Diplomacy and International Relations from April 12 -30, 2016. 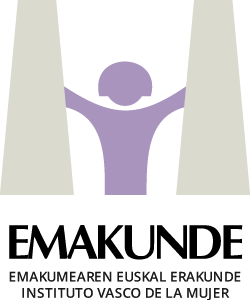 The Basque Research Team engaged in a conference call with Ander Bergara Sautua, the Head of Institutional Cooperation at Emakunde, the Basque Institute for Women, on December 3. Ander shared details of the ongoing annual forum, an important campaign that spans the course of three months. Since October 5, Emakunde has been collaborating with representatives from public administration, the private sector, and schools to promote and implement their many gender equality initiatives. More specific outcome documents from the forum, which last year brought together around 100 companies and 500 participants, will be released following the end of the campaign on December 18.

The forum aims to increase implementation of Emakunde’s many educational training programs. Ander described a two-sector approach to spreading the word. Within the educational sector, Emakunde trains primary and secondary school teachers on material aimed at preventing violence against women. Within the private sector, the institute works with corporations to increase gender equality within the workplace. From working to eliminate sexual harassment to drafting gender-sensitive clauses for company contracts, Emakunde’s programs seek to promote more inclusive corporations. Emakunde rewards companies that have exceptional progress through subsidies.
END_OF_DOCUMENT_TOKEN_TO_BE_REPLACED