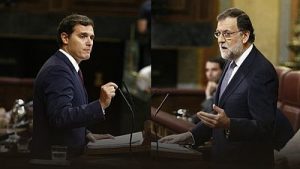 The Socialist Workers’ Party of Spain (PSOE) decided earlier this fall to hold a third general election next year, according to Politico.

Political gridlock has besieged the Spanish government since January. 85 members of Parliament from the PSOE have stood by their leader, Pedro Sánchez, in an attempt to remove current Prime Minister Mariano Rajoy and his Popular Party from power.

In spite of resistance, the only explanation given for what the political alternative would be to Rajoy’s party was given by Iratxe Garcia, a member of Sánchez’s leadership team. Garcia stated that his party had “nothing in common with Rajoy,” and claimed that the Popular Party (PP) was no longer a viable government option after failing to secure a majority in the last two elections, held in December then in June.

In August, Albert Rivera of the centrist Ciudadanos Party engaged Rajoy in talks concerning a potential coalition deal that would bring them up to 169 votes, or seven short of a majority. This seemingly strong union, however, would be overpowered by 180 negative votes from the PSOE and regional forces from the Basque Country and Catalonia.

If Rajoy fails to receive the 176 required votes by October 31, new elections will take place on December 25. In spite of the looming disadvantage, Ciudadanos member Ignacio Aguado considers his party as the “unblocking tool” for the country, as both the potential coalition discussed with Rajoy’s party and the agreement made with the PSOE earlier this year should make it more difficult to justify any objections during subsequent votes.

According to an opinion poll conducted by the newspaper El Mundo in August, many believe that the political gridlock was the result of the PSOE’s decades-long promotion of extreme political partisanship. The indoctrination was done through promotion of the Popular Party as a highly fascist alternative on the far right of political ideology and incompatible with the rest of Europe.

In fact, the 190,000 PSOE party members wield a power that Sánchez has benefited from in the past. For instance, in 2014, he became the first PSOE general secretary to be directly voted in by party members, a rare accomplishment among Spanish political parties.

Because of this political favor, Sánchez has used his opposition to Rajoy to grow even more popular with his party’s membership, said Lucia Mendez, a political analyst for El Mundo.

To avoid that scenario, El Mundo says that Rajoy will have to propose a viable alternative coalition before October 31. There are multiple options he would have to consider, including re-evaluating a three-way deal with Podemos and Ciudadanos, with whom he shares a common vision to combat corruption; striking a deal with the re-founded Partit Demòcrata Català, the party of Carles Puigdemont, president of the Catalan region; or collaborating with the Basque Nationalist Party (PNV), which is currently in power with PSOE support.

On the other hand, if Rajoy decides to join a coalition with the Basque PNV, he would have 175 seats. This would leave him and the PP at one seat short of an overall majority, and would represent a considerable disadvantage toward the PSOE’s goal of forming a viable coalition. The longer it takes Sánchez and his party leadership to decide their next move, the likelier it seems that the holiday bells will not toll in their favor.