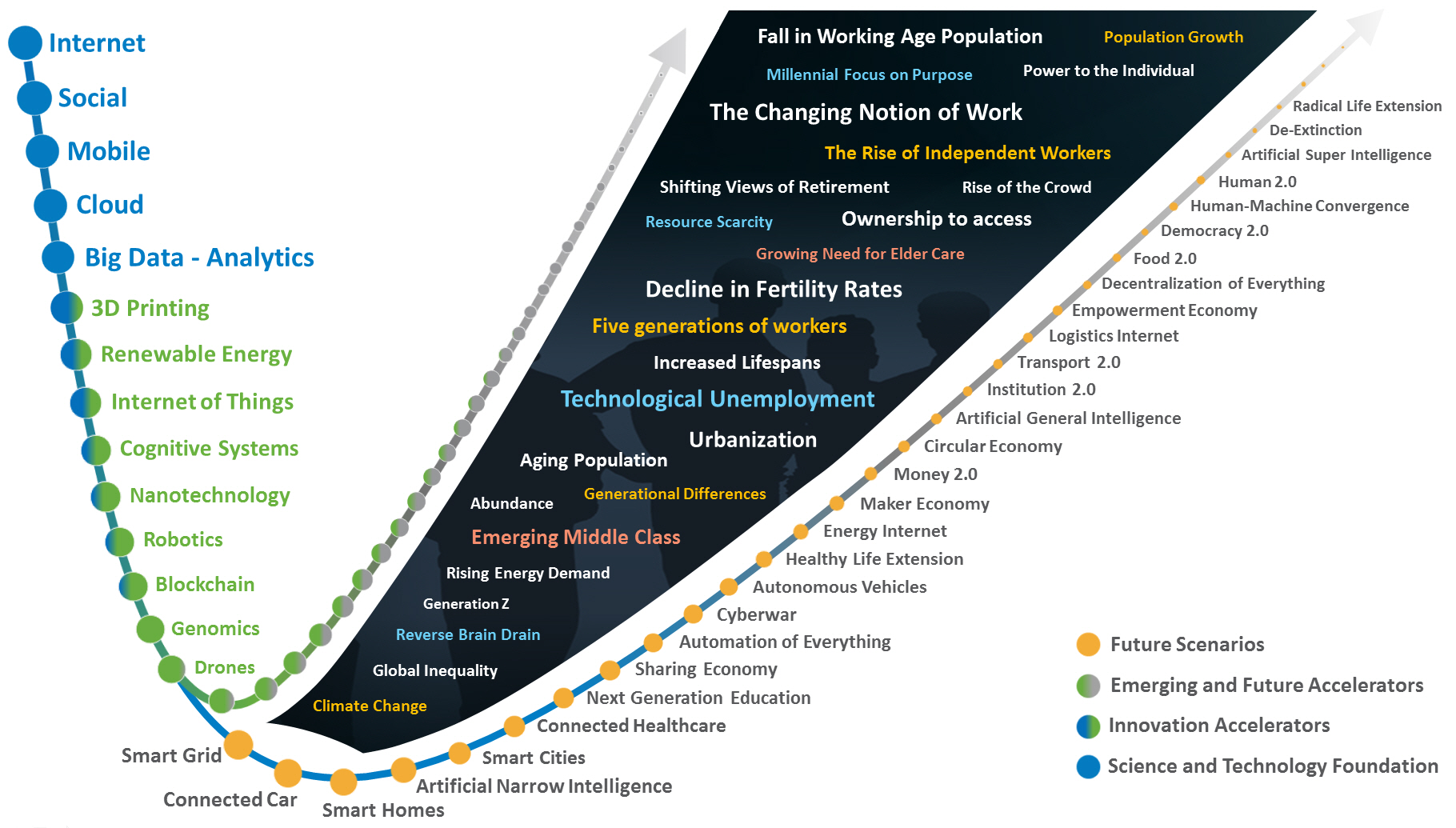 Many different scenarios potentially can and will occur as a result of the use of robotics in the modern world. These can be separated into three categories of probable, plausible, and possible based on the reality of them occurring and how long it would take for these events to happen if they eventually will. 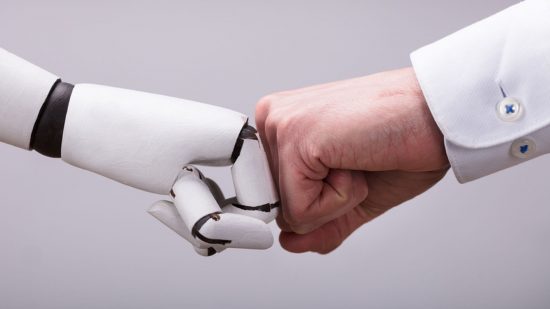 A probable event that will occur is the current trend of people and robotics working together in careers. This will likely continue to happen as technology will continue to advance. While integrating robotics into the workforce will automate many jobs taking them away from people, it will also create new jobs for people to work in. Jobs that can incorporate both people and robotics together will see the most benefit as they will be able to produce more quality products at a more efficient rate. Managers and knowledge workers themselves may come to see robots and automation as a way of augmenting human skills, with the ‘smart machines’ operating as collaborators in solving business problems and delivering service. We also see the future of operations as less pre-determined than many think. The big takeaway from our work so far is that automation will increasingly create workgroups comprising both human and robotic workers, and each will be assigned tasks for which they are ideally suited. We can see this start to happen currently, but this trend will be even more noticeable throughout the next five years. 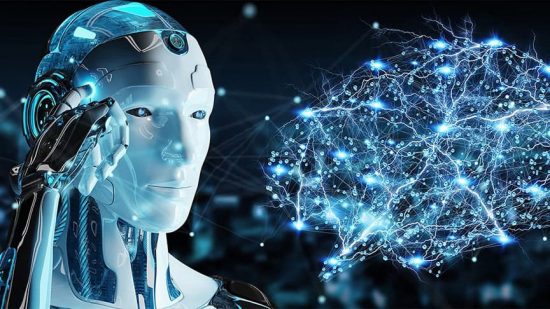 After the five-year mark, there should be many plausible effects that could happen. Through automation, there will be much more in-house, domestic outsourcing and re-shoring of IT and business services. Automation will move from routine manual and cognitive tasks to non-routine manual and cognitive ones. Automation will breed further automation, as humans will no longer fit into the new systems and processes. Through automation, providers competing against clients (in-house sourcing) and other providers (outsourcing) will use automation to reduce costs and improve process metrics – e.g., responsiveness, timeliness, quality, defect levels, ease of use. Through automation, issues around socially responsible sourcing/outsourcing and work design will rise in importance and profile, raising internal issues of management ethos and external issues of reputation management in the marketplace. There will be changes in client-supplier relations and types of contracting. At the same time, automation will not stop the rise in offshore and domestic outsourcing, as there is still so much work that will be open to outsourced options. Providers will need to work hard at making these options attractive. It could be anticipated that continued growth in the global outsourcing markets for information technology and business processes. As technology continues to advance, its quality will improve and it will be able to perform more and more tasks. The more tasks they can perform, the more jobs can become automated. Something to look forward to in ten years is that we will experience more technological progress in the coming decade than we did in the preceding 100 years as a whole. Around half of all existing work-related activities could be automated in the next few decades, as next-level process automation and virtualization become more commonplace, faster digital connections will be implemented which could heavily increase global GDP by 2030, and AI-generated speech will be behind more than 50% of people’s interactions with computers. Another trend to look forward to is the future of clean-tech trends as the costs for renewable energy, cleaner/greener transport, energy-efficient buildings, and sustainable water consumption could fall, making their use become more widespread and their disruption felt across a growing number of industries. This would be a great sign because by being more environmentally friendly, we can at least slow down the effects of climate change from the innovations we are making through robotics. 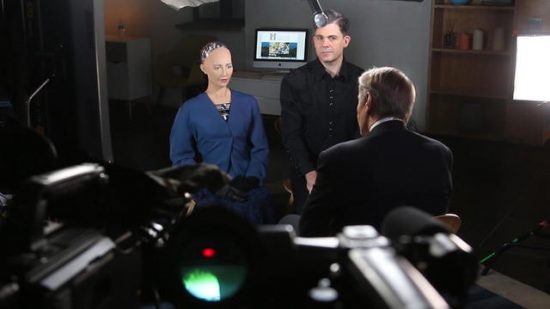 After 15 years from now, a possible event that could occur is robots being able to fully look and act like humans. We can see a start to this vision thanks to the current capabilities of AI. Robotic engineers are designing the next generation of robots to look, feel and act more human, to make it easier for us to warm up to a cold machine. Realistic-looking hair and skin with embedded sensors will allow robots to react naturally in their environment. A robot that senses your touch on the shoulder and can turn to greet you is one of the examples that could become a reality. There could also be robots available to rescue people whenever they need help that can be implemented into society. These Rescue Robots will be able to look for people and find them when they are in need. While this does sound helpful, this could also be a sign of us losing our privacy with the advancements that come with technology. More details on these robots show that they are all-terrain robots (ATRs) and will truly function as a team by sharing their locations, discoveries, search patterns, and more. Large ATRs could carry many small robots and provide them with localized control and power. These smaller, more specialized robots will have cameras, sonar, heat sensors, motion detectors and can be sent out by the large ATRs as needed. Smaller robots might work together to perform tasks such as moving a large obstacle. Another possible event is having robots compete against people in sports. There is a RoboCup challenge for this, and its ultimate goal is to develop a team of fully autonomous humanoid robots that can win against the human world champion team in soccer by the year 2050. The FIRST Robotics Competition challenges teams of young people and their mentors to solve a common problem in a six-week timeframe using a standard “kit of parts” and a common set of rules. Teams build robots from the parts and enter them in competitions.

Whether any of these events turn into reality, we can all see that the field of robotics opens many new possibilities in the world and will drastically change the way that we do just about everything. We will head into a new normal, so we need to be educated on these topics so we can be prepared for the future.