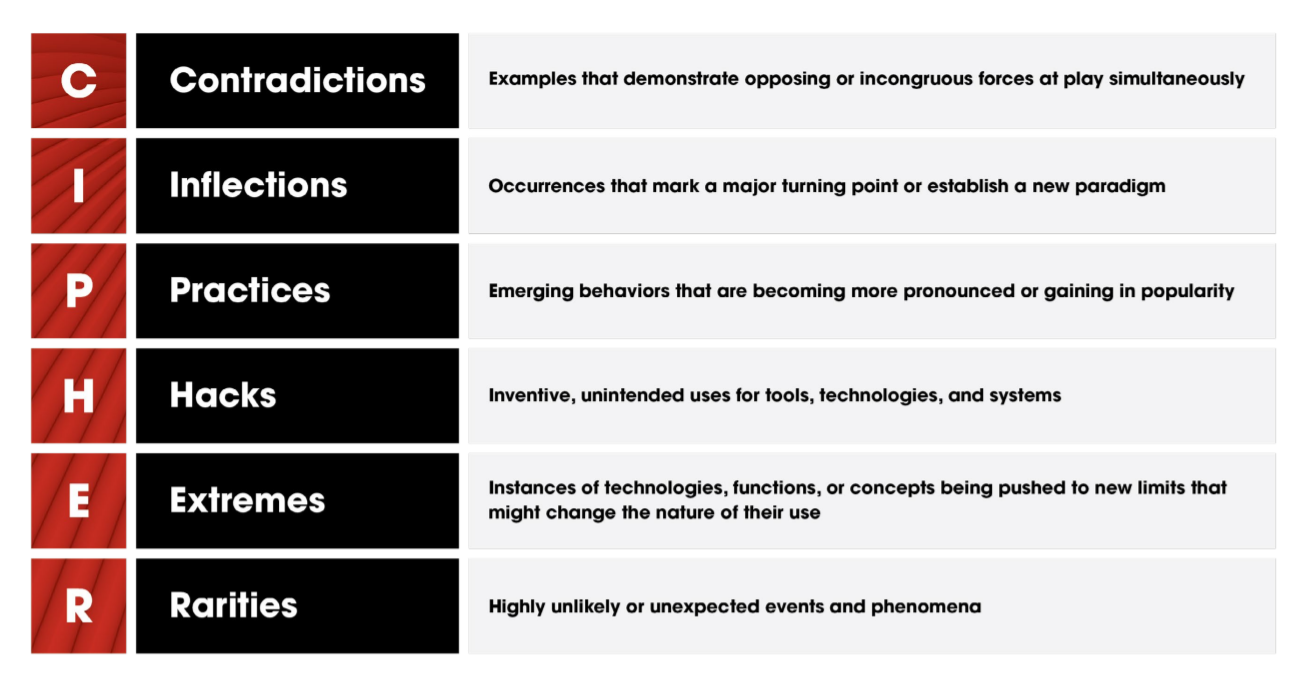 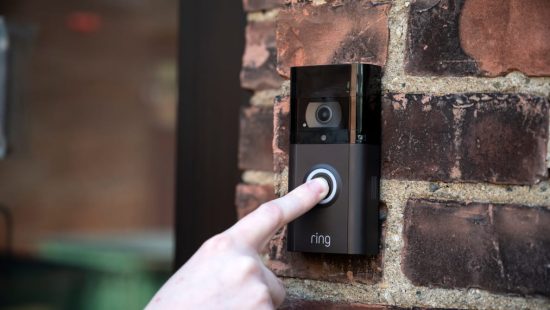 On the surface, people want the technology but do not want the problems that come with it, which is the basis of contradictions in CIPHER, wanting one thing but not wanting the outcome, or vice versa. A major contradiction of robotics is the fear of privacy hacks. No one wants their information stolen or to be watched during their day, yet the same people still want the technology in their homes. In 2020, 44.6% of homeowners purchased smart devices that video recorded motion outside their home, the Ring doorbell included in this statistic. This robotic doorbell is great for capturing needed footage or for catching a crime, but some police stations have 24/7 access to it thanks to Amazon. This is where privacy concerns are in practice. If Amazon can allow access to a Ring doorbell, will they allow access to the new Amazon Astro that is right in your home? Amazon also records through Alexa when you are not speaking directly to it. Many people do not realize this is happening, and if they did realize they would not want to be listened to when they are not asking Alexa a question. Although invasive, this is the outcome of having an Alexa in your household.

Another contradiction of robotics is the takeaway of human capital due to the practice of using more efficient robots instead. People are in an uproar because of the fear of robots making many jobs obsolete, yet more and more jobs are becoming animated. Economists reported that by 2030 robots could take over 20 million manufacturing jobs. Regardless of how people are feeling, more and more companies are using robots instead of humans, due to the increase in productivity and efficiency. Humans can only move so fast and only have so much brain capacity, whereas a robot if it is programmed properly, could store more information, and do more tasks. The workforce’s fear of losing their job is no match to robots, but even though many jobs will be automated, that does not mean we will have no new jobs. Automation will result in a net increase of about 58 million jobs in the future.

In many different industries, there have been breakthroughs that have accelerated the research and use of robotics. To begin, in the automotive industry with the breakthrough of the self-driving automobile. In 2016, Tesla announced that all cars would be produced with self-driving hardware. This hardware was able to be updated over the air, meaning that as fast as you can update your iPhone, Tesla can update their automobiles hardware. The fleet of Tesla’s with self-driving hardware would be activated as soon as Tesla knew that it was safe enough to enable. Today, in 2021, there are now multiple self-driving car companies, and many companies working on this technology as fast as possible. Tesla has not only launched the first self-driving car but has created a mass domino effect of other automotive companies trying to catch up as fast as possible, and one is more innovative than the next. Self-driving cars and electric vehicles have now become mainstream thanks to the breakthrough Tesla made. Although Tesla is a luxury car company, there are now cheaper electric vehicles that do the same thing. The more mainstream a technology becomes and the easier it is to produce at a lower cost which makes it cheaper for consumers.

Another industry we have seen an acceleration in technology is been in home improvement. Over the past 30 years, we have seen home robots that clean floors and vacuum, but in recent months we have seen the release of the Amazon Astro. The Amazon Astro is a home robot that rolls around the house on three wheels and can make calls, play videos and music, recognize faces, and keep an eye on a home while no one is around. While the Amazon Astro is only available by invitation right now, it is the start of something bigger, a robot in the home that does more than clean the floor or sit on the counter and listen to a task it has been given. Although we have not seen something like this in the past, we can predict the future from this technology. Companies will start to produce and test out home robots which will be like Astro. We will see the same trend in at-home robots as we did in autonomous vehicles. Not everyone might want the at-home robot, but at some point, in 5-10 years, they will become accessible to everyone due to mass production and lower purchase pricing. 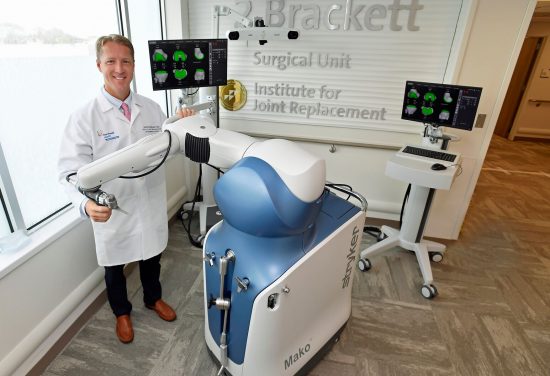 Robotics has taken the way people do daily tasks and completely change it. For years only doctors were allowed to perform surgeries, and 100 years ago some surgeries could not be done because of the lack of technology. Today, we are using robots such as Mako to perform common orthopedic surgeries and minimally invasive surgeries for the torso. Not only are surgeries changing because of the advance in robotics but modular robots are used as well. These include exoskeleton robots and prosthetic robotic arms and legs. Some of these robotic arms and legs are mind-controlled and will accelerate in the future. Surgeries and prosthetics have come a long way, but now that the technology and robots are accelerating, the efficiency and accuracy of these surgeries and the design of prosthetics are also accelerating.
The food industry is a busy industry with constant growth and business. People will always need to eat and will always order out, but how do restaurants with slow, low-skilled workers keep up with volume? Buffalo Wild Wings is testing out the use of a robotic chicken wing fryer designed for high volumes. The company Miso Robotics is an AI-powered robotic restaurant platform formed in 2016 and Buffalo Wild Wings is using its technology to try and work on the efficiency of chicken wing frying. Miso Robotics has three products so far: Flippy, CookRight, and their new Automated Beverage Dispenser. They are continuing to grow as Buffalo Wild Wings is testing out their new chicken wing fryer. Their company is old but their ideas are new and innovative. Miso Robotics is trying to change the way restaurants cook their food. In 5-10 years, we may see fewer chefs in the kitchen and more robots cooking our food in a shorter amount of time. Looking back in time, 10 years ago we could have never imagined our food being cooked by robots quicker than a human could cook it. With the new innovative technology from Miso, we can see a jolt in robotics in the restaurant industry and specifically in the kitchen. 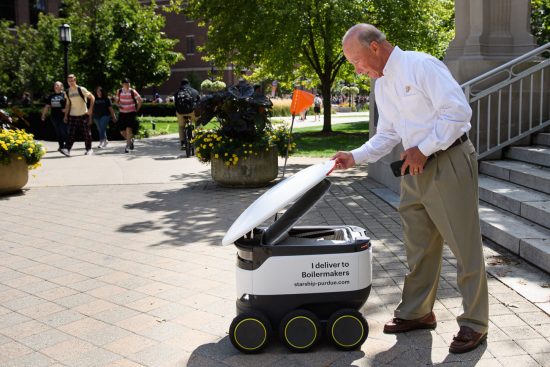 These are the next advancements and hacks in robotic delivery services, but now we will look at autonomous drone delivery services, which are also making an appearance in multiple spaces today. Remote-controlled drones became popular years back, and companies took this idea and created something new with it. Amazon is a key player in this space since they created PrimeAir, a drone delivery service that delivers a package in under thirty minutes. Delivery drone services will be a pivoting point in both the delivery service industry and the robotic industry. Delivery drones will cut out the middle man and satisfy customers in a hurry. While drone services are not widespread yet, that does not mean companies are not working towards them. Mesa Air Group partnered with Flirtey to launch a commercial drone delivery service. This will be the first United States-based airline to launch a commercial drone delivery service. With the use of drones and robotic technology to deliver packages, there will be less of a wait time for a package and might even eliminate shipping delays. In the future, we can expect more companies to test drones like this. 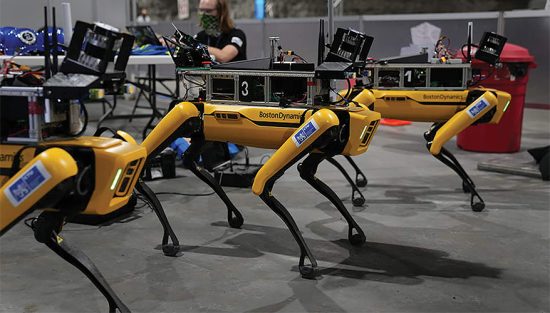 There are many ways robotics push boundaries and pursue new technologies. A few weeks ago, the Defense Advanced Research Projects Agency, DARPA, put together the Subterranean Challenge. This challenge was designed to accelerate the development of autonomy and robotics for search-and-rescue operations. Teams put together robots that had to locate as many objects as possible in one hour. These robots are being tested to see if they can detect objects in scenarios that may be too hazardous for a human to enter. This can ultimately save first responders’ and victims’ lives. DARPA’s SubT competition consisted of engineers from around the globe joining forces to put together what they know about robotics to develop the use of robots in emergency services.

Emotional artificial intelligence with the use of robotics is a technology that is rapidly upgrading through every human interaction. Robots are being built with emotional AI to connect with the consumer. McDonald’s tested the use of emotional AI when it implemented robotic order-taking. They developed a robot that pleasantly greeted you as you drove up to order. McDonald’s has also partnered with IBM to deploy this artificial intelligence after successfully testing it in Chicago. What does this say for the future of drive-throughs? This technology will have to be refined since it had an 85% accuracy rate, but the technology will never truly be perfect, as we have seen with robots in every other industry. There will always be new technology to implement or change for the robot to have max efficiency. 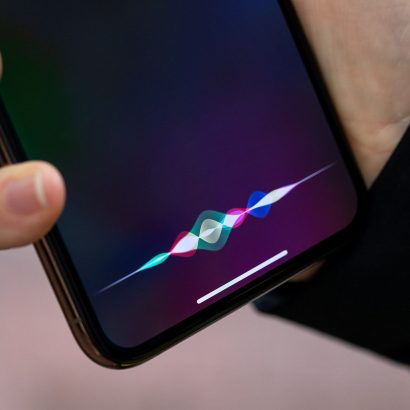 A rarity of robotics could be anything abnormal that is succeeding in practice and is useful to many people but is not the cause of the robotic disruption. Siri and voice recognition is an example of a rarity. Siri was introduced in 2011 and in the moment, it was mind-blowing for people to think that they can talk to their phone. Although Siri has been being used for 10 years, it continues to advance and sit as an outlier to robotic disruption. In 2011, the only thing Siri could do was answer a consumer’s question with one answer. Today, we use Siri to ask what restaurants are around, call contacts, and translate sentences or conversations. It is truly mind-blowing how virtual assistant technology has advanced over time, yet it is not the center of attention when we talk about robotics. In 2020, there were 4.2 billion digital voice assistants in use. Due to the heavy use of digital assistant robots, consumers are becoming acclimated to having a robot in their pocket or their home.