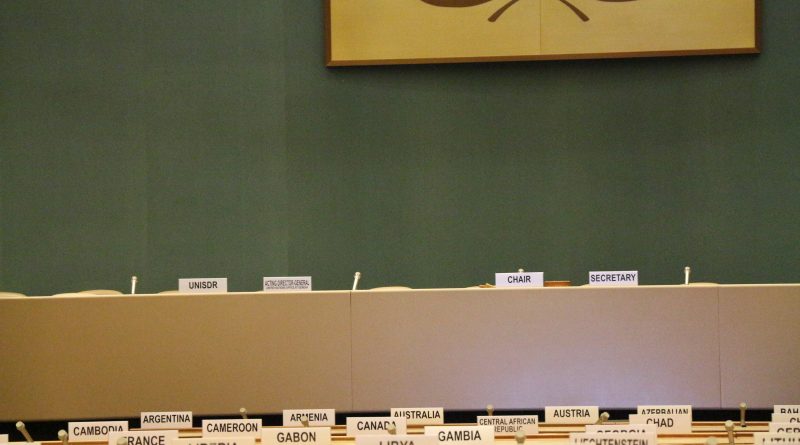 Chatham House, an international affairs think tank, hosted a panel discussion on International Women’s Day, March 8, 2022, called “Feminist Solutions to the Climate Crisis.” The panel brought together Dr. Sherilyn MacGregor of the University of Manchester, founder of EmpoderaClima Renata Koch Alvarenga, Executive Director of the Center for 21st Century Issues Titilope Ngozi Akosa, and Director of the WoMin African Alliance Samantha Hargreaves to discuss how climate solutions can be more intersectional. The panel was moderated by Nina Jeffs of Chatham House and included opportunities for questions from the audience.

Prefacing the discussion, Jeffs emphasized the global failure to include women in international climate decisions. Of the 140 delegates present at COP26 this past fall, only nine of them were women. Women are underrepresented at the highest levels of decision-making, something that Jeffs underscored as a “global assault on women’s and girls’ dignity.” She went on to cite the World Economic Forum in explaining that the impact of COVID-19 has set women’s rights back by a generation, diminishing the voices that were barely being heard in the first place.

Renata Koch Alvarenga spoke first, highlighting the need to understand the structure of patriarchal societies and how they cause women, especially in the Global South, to be disproportionately impacted by climate change. She founded EmpoderaClima or Empowered for Climate, to serve this educational purpose.

To Alvarenga, women- and climate-related issues cannot be resolved until there is adequate education to fight the current stigmas surrounding them. She is currently seeking to empower women to be a part of climate leadership, especially in the Global South, through discussion forums and online databases to amplify a feminist climate approach to education. On the EmpoderaClima website, these databases are available in English, French, Portuguese, and Spanish—attempting to maximize the site’s accessibility.

While Alvarenga was most concerned with education, Samantha Hargreaves chose to focus on the channels of persistence that enabled women to be disproportionately harmed by climate change. Her section of the panel featured criticism of capitalism—emphasizing that existing economic structures are patriarchal, racist, and classist in nature, sharing close similarities to the colonialism of the past.

Jeffs reminded listeners that social, economic, and environmental issues are often intimately intertwined, a reality that demands intersectional solutions. Hargreaves underscored this need for intersectionality, questioning who carries the historical responsibility for climate change and suggesting that people work together to form a post-extractivist society. She was particularly interested both in enabling women to stand up for their communities by saying no to extractivism, but also in enabling them to say yes to climate solutions by bringing them to the table.

Titilope Ngozi Akosa supported Hargreaves’ line of thought, explaining that “women are experts in their own issues.” Her section was defined by the explanation that women are not a homogenous group. Instead, women, both across and within countries, have vastly different backgrounds and experiences—all of which must be represented when making global climate decisions. When discussing a feminist climate approach, it is insufficient to just bring women to the table; women of all backgrounds must be included for intersectionality to truly exist.

Co-author of the Feminist Green New Deal for the UK, Dr. Sherilyn MacGregor wants to engage with environmental, women’s, and social justice issues through policy and legislation. She explained that, currently, climate policy in the UK is incredibly techno- and economic-centric, failing to address intersectional concerns. Her co-authored work includes 11 recommendations for policy changes that could transform legislation as to not reaffirm the patriarchy. In the panel, she highlighted objectives such as investing in co-housing, infrastructure, and shorter workweeks. MacGregor explained that these things both aid and destigmatize care work, which becomes increasingly important in the face of climate change and is currently devalued because it is feminized. By shifting stigmas through policies, MacGregor believes the world can move toward a more equitable future.

Chatham House brought together scholars and advocates to acknowledge that, currently, the world is not doing enough to bring together gender and climate issues. The women represented at this panel all emphasized that attempting to move forward on climate change legislation without acknowledging patriarchal influences will only serve to worsen forces of oppression both domestically and internationally.