The COVID-19 pandemic has undoubtedly disrupted nearly every aspect of global society, making the emergence of several vaccines a welcome development. The United States, along with the European Union, has prioritized the purchasing and distribution of vaccines since early December 2020. These countries’ success in vaccinating their populations should not be attributed to early adoption; statistics show how the wealthiest countries are disproportionately obtaining and distributing vaccines compared to developing nations. This is worrisome for global health prospects but could also create a larger problem down the road. With global wealth inequality already growing prior to the pandemic, unequal vaccine distribution will most likely further exacerbate the wealth division between developed and developing states.

Worries over the inflammation of wealth inequality from vaccine distribution are not unsubstantiated and were even addressed in a statement from the U.S. Secretary of the Treasury, Janet Yellen. Speaking to committees from the International Monetary Fund and the World Bank, Sec. Yellen explicitly stated, “The (COVID-19) crisis has exacerbated the trend of rising income inequality, raising concerns about a divergent path within and across countries,” reports Reuters. She also discussed how current efforts to vaccinate developing countries, primarily through the COVAX initiative, were considerable but not enough.

COVAX is a branch of the Access to COVID-19 Tools Accelerator initiative launched by the WHO. The alliance involves governments, scientists, NGO’s, and manufacturers focused on equitably distributing COVID-19 diagnostic tools and vaccines. The majority of developing nations entered into COVAX in the hopes of obtaining access to vaccines, which in turn placed a special responsibility on this group to address the needs of the world’s most vulnerable. Their success in supplying to these countries has been generally inadequate, however. According to Al Jazeera, only one in 500 people in poorer countries are vaccinated, a stark contrast to the statistics of wealthy nations, where one in four people are vaccinated.

While wealthy states and multinational organizations continue to pour millions of dollars into COVAX, they continually overlook the biggest problem the organization is facing: access to physical vaccines. The World Bank pledged $12 billion to the program for the purchase and distribution of vaccines, but readily admits the biggest hurdle in vaccination is mere access to vaccines, according to the World Bank Blog. “Producing enough doses for the global population and injecting them in the arms of those who need them all over the world remains an immense challenge, unprecedented in scale, speed and complexity” notes the World Bank, a clear admission that funding is not the problem.

The real question is what this all means for the developing world. Statisticians and academics both hypothesize a divergence in the global economy. As discussed in Business Insider, the global economy is projected to grow by six percent in 2021, but that growth is projected to follow a k-curve, with the world’s poorest states expected to take on the brunt of the negative externalities. According to the IMF World Economic Outlook, “lower-income countries are expected to see an average annual loss of 5.7 percent per capita GDP from 2020 to 2024, but advanced economies will see a smaller loss of 2.3 percent in the same time frame.” This potential reality would undoubtedly devastate the already imbalanced global financial hierarchy, and would even directly harm the wealthiest nations, many of whom have been more than happy to neglect their role in solving the problem.

According to the New York Times, low income states are limited in their ability to purchase the necessary vaccines to reopen their economies, primarily due to debt burdens private creditors are unwilling to lift. Without strong pushback from the developed world, these credit institutions have been able to retain their chokehold on developing states, which will ultimately harm wealthy nations. A report by the RAND Corporation finds that the global economy will lose $153 billion annually if low income states are not able to vaccinate their workforces. The report highlights the EU would lose $40 billion annually and the U.S. would lose $16 billion annually. Whether high income states plan on re-evaluating their global vaccine plans or not, they will inevitably face the consequences of inaction. 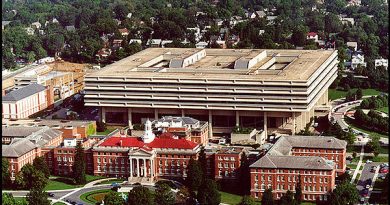 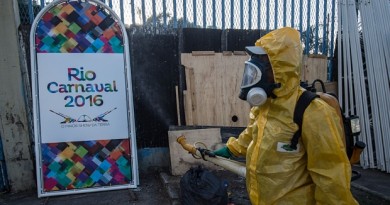