Turkey announced in late March that it has withdrawn from the 2011 Istanbul Convention on women’s rights. The convention was held to promote the protection of women against domestic violence and promote gender equality by signatory states, reports Reuters. Notably, Turkey was the first country to sign on to the convention, which was forged in and is named after the country’s largest city.

Turkey, however, is not alone in its controversial position on the convention, reports The Guardian. Poland’s highest court scrutinized some of the provisions in the treaty after a cabinet member suggested Warsaw should quit the pact, which was deemed too liberal by several members of the state’s nationalist government.

Conservatives in Turkey have long believed that the convention undermines family structures and the traditional beliefs held by many Turkish citizens, according to The Guardian. Another concern is that the convention promotes homosexuality and the concept of gender fluidity because it prohibits discrimination on the basis of sexual orientation.

Turkey’s presidential communications director, Fahrettin Altun, said in a statement: “The Istanbul Convention, originally intended to promote women’s rights, was hijacked by a group of people attempting to normalize homosexuality – which is incompatible [with] Turkey’s social and family values. Hence the decision to withdraw.”

Women’s rights activists and Turkey’s opposition party are protesting the withdrawal, claiming progress for women’s rights will regress.. According to CNN, Gokce Gokcen, an opposition parliamentarian, tweeted that the withdrawal would force women to become “second class citizens” and accused the government of “failing to protect the right to life.”

A coalition of women’s rights activism groups called the president’s decision to withdraw from the convention a “nightmare.”. They also asserted that the decision was the equivalent of the government announcing that women will no longer be protected from violence. The coalition said in a statement, “It is obvious this withdrawal will empower murderers, abusers and rapists of women.”

The international response to Turkey’s withdrawal is largely a mix of anger and surprise, continues Reuters. The Council of Europe’s Secretary General, Marija Pejčinović Burić, called the decision “devastating.” The European Union’s foreign policy chief, Josep Borrell, said that the decision “risks compromising the protection and fundamental rights of women and girls in Turkey (and) sends a dangerous message across the world. … We therefore cannot but urge Turkey to reverse its decision.”

President Biden called Turkey’s move “deeply disappointing” and noted the rise in violence against women in recent years in Turkey. “Around the world, we are seeing increases in the number of domestic violence incidents, including reports of rising femicide in Turkey,” Biden said in a statement last week. “Countries should be working to strengthen and renew their commitments to ending violence against women, not rejecting international treaties designed to protect women and hold abusers accountable.”

Several of these officials decried the rise in violence against women, specifically femicides, in Turkey. According to the Associated Press, the We Will Stop Femicide Platform reports that 77 women have been killed in the country since the beginning of 2021. Around 409 women were killed in 2020, several under suspicious circumstances. Deutsche Welle explains that these numbers, and the deaths in previous years, would be much higher had several deaths not been misreported as suicides. A notable example is the case of Sule Cet, a young woman raped in her office by two drunk men, one of whom was her boss. She was thrown out of the window and died on impact. The men told the police that she had taken her own life, despite clear evidence indicating otherwise. It was only thanks to widespread protests and massive uproar that Sule Cet got justice.

The Istanbul Convention was meant to protect women from gender-based violence and death, such as what happened to Cet. With the withdraw from the convention, many worry that similar deaths will continue to occur across the country. 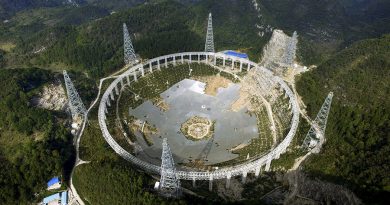 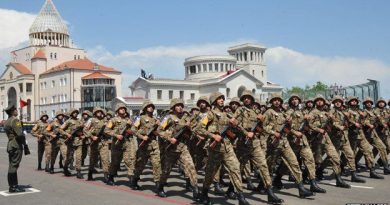