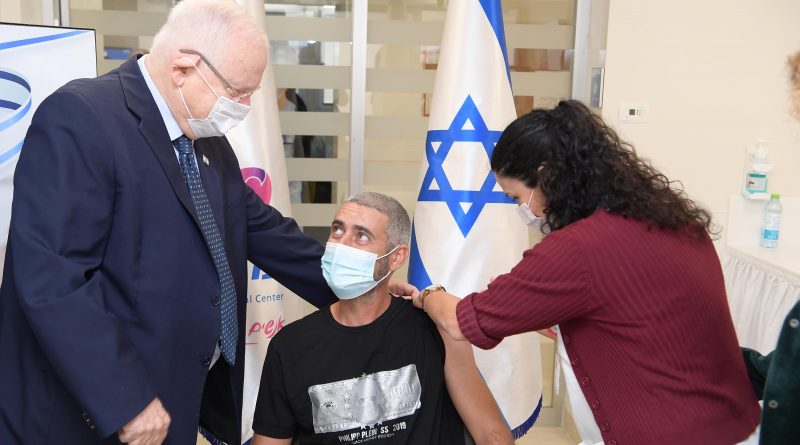 The world’s most pressing challenge is the rush to inoculate everyone against COVID-19 and achieve herd immunity. Some countries choose to exchange vaccines with foreign nations to reward compliant behavior, while others seek to help countries that do not have access to vaccines. The Soufan Center, a non-profit research center, calls this a “new arms race,” states  France 24. Amid this “vaccine diplomacy” race, Israel is demonstrating its power to the international community and stands as number one in global vaccine rollouts. The country vaccinated almost 60 percent of its residents over 16 years old with the first dose, according to The Wall Street Journal.

Multiple factors are contributing to Israel’s success, including its large supply of the Pfizer-BioNTech vaccine and its national healthcare system, which requires all residents to pay taxes in exchange for medical services. However, there is a catch to Israel’s quick vaccine response—consent and privacy. Israel made a deal with Pfizer and BioNTech to receive vaccine supplies partly in exchange for medical data for research. The country’s health-management organizations also collect patient data, which allows for quick intervention to monitor those who are infected. To some, such as Israel Democracy Institute’s senior fellow Tehilla Shwartz Altshuler, “it’s frightening,” and calls for “stricter rules in terms of asking for consent,” reports The Wall Street Journal.

Despite the praise Israel receives for its vaccination efforts, there is growing controversy regarding the lack of Palestinian vaccinations under Israeli occupation. Israel is criticized for shipping vaccines overseas as part of its vaccine diplomacy efforts, even as Palestinians remain unvaccinated. Israel sent shipments of extra vaccines to allies supporting a one-state solution and states that have or intend to move their embassies to Jerusalem, such as Guatemala and Honduras. According to Reuters, Israel shipped 5,000 vaccines to Honduras and several thousand to the Czech Republic to engage in vaccine diplomacy. Even though the Czech Republic supports a two-state solution, the country is one of Israel’s biggest supporters. Additionally, last month, Israel paid Russia to purchase vaccines for the Syrian regime in exchange for an Israeli captive, despite Prime Minister Benjamin Netanyahu’s claim that “not one Israeli vaccine” was sent to Syria, reports the Associated Press.

Recently, however, Israel sent 5,000 vaccines to Palestinians in the West Bank. NBC News cites Caitlin Proctor, an associate of the Migration Policy Centre, who explains that the vaccines are only a “drop in the ocean” for Gaza’s two million residents. Israel also agreed to vaccinate the 100,000 Palestinians who work in Israel.

Other countries have stepped in to assist Palestinians with vaccinations. While Israel is shipping vaccines overseas, China and India, both of whom are exporters of the vaccine, are planning to send doses to the West Bank and Gaza. The European Union also pledged to provide 20 million euros to supply vaccines for Palestinians, says The Jerusalem Post. Russia donated 10,000 doses of their Sputnik V vaccine, while the United Arab Emirates donated 40,000 doses of the Russian vaccine on March 11, according to Reuters.

The debate regarding Israel’s responsibility to vaccinate Palestinians depends on which perspective is being examined—through the Oslo Accords or the Geneva Accords. NBC News says that the Oslo Accords, signed in the early 1990s, are a set of agreements between the Israeli Government and the Palestine Liberation Organization which gives the Palestinian Authority limited responsibilities in the West Bank and Gaza. Under this agreement, Israel would not need to provide vaccines, as healthcare responsibilities would rely on the Palestinians. However, Al Jazeera adds that Israel is required to enforce “the adoption and application of the prophylactic and preventive measures necessary to combat the spread of contagious diseases and epidemics” under the Fourth Geneva Convention in its role as an occupying power. Additional tension arose recently when Palestinians accused Israel of “political interference” for hindering a shipment of Russia’s vaccine donations intended for Gaza at a military checkpoint, reports The Washington Post.

Despite the issues and questions that arise about vaccine diplomacy and who holds the crown in the new “arms race,” the virus makes no distinction between countries and transcends all global boundaries.

“To me, health should be beyond politics,” Palestinian Health Minister Mai al-Kaila tells The Washington Post. “We and the Israelis, the Lebanese, the Syrians, the Egyptians, we are all in the same region. We should reach herd immunity together.” 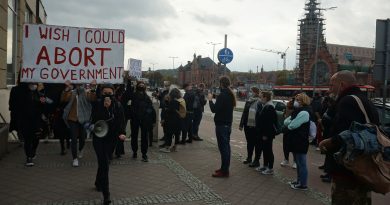