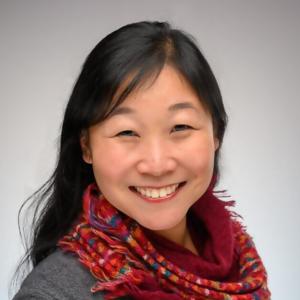 “Language is like water for fish or air for humans; we can’t live without it and it’s everywhere,” states Dr. Amelia Tseng, an award-winning linguist, professor of world languages and culture at American University, and researcher at the Smithsonian Center for Folklife and Cultural Heritage.

On February 10, the Joseph A. Unanue Latino Institute at Seton Hall University held a virtual event with guest speaker Dr. Amelia Tseng to discuss the role of linguistics in identity, culture, and society.

Tseng stressed on the significance of language in the lives of individuals and societies several times during the event. She argued that language shapes our identity because “[it] is part of how we think of ourselves and others and how we build the world.”

“What you speak is who you are,” Tseng mentioned, “which is a kind of double-edge sword.” Since it is common for families to have different linguistic repertoires across generations, some people feel a sense of inferiority for not knowing the language of their heritage.

Tseng pushed back against this phenomenon, stating that, often, it is not the person’s fault for not knowing their heritage language. “Let’s understand personal history and social context” and “celebrate those strengths that are important for people to maintain culture.”

During an interview with The Diplomatic Envoy, Tseng made several important connections between linguistics and international relations. More generally, Tseng noted that “when you have different languages and cultures, you have potential for misunderstandings in that cross-cultural communication.” Some examples include how there are different politeness norms and how multilingualism is part of outreach.

Tseng encouraged Seton Hall students to learn a new language. “It opens doors to see a culture in a different way, and it is a sign of respect.” She emphasized how this applies to diplomacy students, explaining that “a diplomat doing everything in one language is missing out on a lot of possibilities. To be a diplomat, you should know how to speak another language but also to have a broader intercultural understanding.”

Tseng called to attention power dynamics in linguistics that she believes should be talked about more. When thinking about how countries are establishing their relationships, Tseng pointed out that “these conversations are mostly taking place in colonial languages.”

The role that multilingualism plays in healthcare, education, and other areas forms a basis for Tseng’s argument that “language policy is how people institutionalize power.” She explained that the implications of language in relation to power intersect with refugee and migration questions as well as have a symbolic value in immigration and nationalism. Tseng asserted that the most pressing linguistic issue in the United States is language discrimination. “English is a sign of American identity‒a particular kind of white American identity.” In addition, she believes that what makes language discrimination a problem is that “it is invisible.”

“Language is an acceptable proxy for racial discrimination. With language, it is easier to bring up excuses, making it harder to call out than racism,” Tseng stated. Citing multiple cases of Spanish accent discrimination and prejudice toward African-American Vernacular English, Tseng argues that “language discrimination is part of the discrimination we see in our country.”

This discrimination has an impact in places like hiring communities, courts, and schools.

Tseng called for more support in bilingual education. She believes that this support is critical for equity and educational outcomes because “kids taught in languages they cannot speak will not do well in school.” Additionally, if students are unable to obtain educational support in their home language, they may not be able to learn other things. Another reason for more bilingual education is practicality, for example working in an international setting. According to Tseng, “a lot of languages we need are not talked about in schools.”

On a more fundamental level, Tseng stated, “language rights are human rights. While it is such an important part of people’s lives, it is not always part of the curriculum.”

Tseng expressed optimism for President Biden’s education secretary appointment, Miguel Cardona, who is both an educator and has a master’s degree in bilingual education.

One recommendation Tseng has for students of international relations in enhancing and better understanding socio-cultural cooperation is to include language in broader conversations. This means having a “socio-linguistic perspective where we see language as part of a society and the history of how it is positioned. It [also] means having [a] background [understanding] in how language intersects with power, identity, and history.” 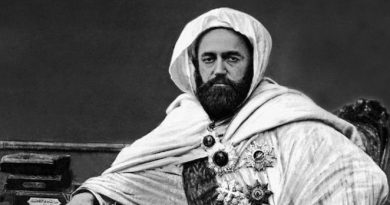 Emir Abd el-Khader: a Historical example for a Contemporary Audience