As the COVID-19 pandemic continues to wreak havoc upon the global economy, attention is being brought towards the state of the United Nations Sustainable Development Goals and their achievability by the deadline of 2030. Unfortunately, it appears that these goals will not be achieved by 2030 and instead most likely fall into most national government’s periphery as the decade continues, with the health crisis only affirming the prior failure of governments to act to address the SDG’s.

According to the Sustainable Development Goals Report 2020, “The 2030 Agenda for Sustainable Development was launched in 2015 to end poverty and set the world on a path of peace, prosperity, and opportunity for all on a healthy planet. The 17 Sustainable Development Goals (SDGs) demand nothing short of a transformation of the financial, economic, and political systems that govern our societies today to guarantee the human rights of all.” In order to efficiently highlight the failures of the SDGs, which include no poverty, good health and well-being, and climate action were specifically mentioned by the UN Department of Social and Economic Affairs to be in danger of failing to meet their stated objectives by 2030.

Before the global pandemic, SDG 1, No Poverty, was not on track to meet its target of eliminating extreme global poverty by 2030. As reported by The Lancet, “… with projections suggesting that 6 percent of the global population would still be living in extreme poverty in 2030. Now, an estimated 71 million additional people could be living in extreme poverty due to COVID-19.” COVID-19 has only increased the likelihood that states will fail to meet SDG 1 and SDG 10: Reducing Inequalities.

Even SDG 3, Good Health and Well-Being, which prior to the pandemic was making steady progress, has hit a major setback. “During the crisis, 70 countries have halted childhood vaccination programmes, and in many places, health services for cancer screening, family planning, or non-COVID-19 infectious diseases have been interrupted or are being neglected” states The Lancet.

Perhaps what is most concerning is the failure of governments to meet SDG 13, Climate Action. As both Foreign Policy and the Siliconeer advise, the pandemic-induced economic crisis presents an opportunity to greatly restructure the global economy towards renewable energy sources and the creation of “green jobs”. If states take initiative to meet the economic, health, and environmental challenges that COVID-19 has introduced not only would there be significant progress towards the SDGs, but it would leave them prepared to deal with the challenges of the future as well. As the UN Report advises, if there were any time to implement the policies of the Paris Climate Agreement it would be now.

While the pandemic has shown that states are willing to cooperate on a large scale to tackle global issues, there appears to be little proof that such an undertaking will be done to facilitate a global green economy. According to The Guardian, “From tackling pollution to protecting coral reefs, the international community did not fully achieve any of the 20 Aichi biodiversity targets agreed in Japan in 2010 to slow the loss of the natural world. It is the second consecutive decade that governments have failed to meet targets.” Time and time again, states have failed to prioritize the impending threat of the climate crisis, and unless there is a significant change it appears that they will continue to do so.

Though disheartening, this may be a time to reevaluate the SDG’s and how their targets are meant to be viewed. States can either continue to use them as rough guidelines or they can begin to take them more seriously and commit to sustainable reform. It is fundamentally in their national interests to do so, and the states that prepare themselves now will have the advantage when the crises of the next decades come to their doorsteps. 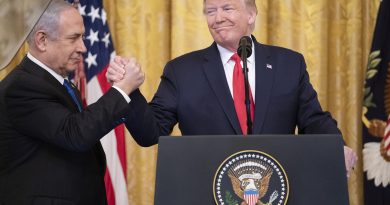 Why Does the US Continue to Ignore Hazards of Longer Work Hours?