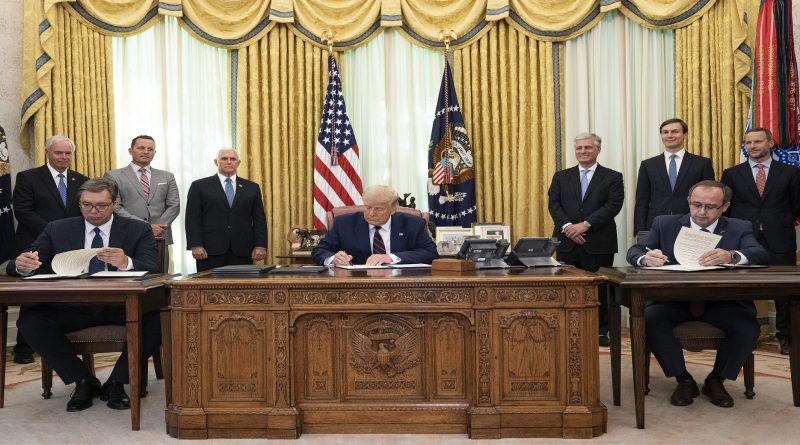 On September 4, 2020, Serbia and Kosovo agreed to normalize economic ties as part of U.S. brokered talks that include Belgrade moving its Israel embassy to Jerusalem and mutual recognition between Israel and Kosovo, CBS News reports.

Balkan Insight explains, “The agreements consist of 16 points mainly concerning economic cooperation, rail and transit links – including the first flight between Pristina and Belgrade in 21 years – mutual recognition of diplomas, commitment to join a mooted Balkan mini-Schengen zone, a one year-moratorium on Serbian lobbying of states to withdraw recognition of Kosovo and a suspension of Kosovo efforts to join international organizations.”

Serbia would become the first European country to transfer its embassy to Jerusalem, following Donald Trump’s recognition of the city as Israel’s capital almost three years ago, The Guardian reports.

President Trump lauded this as a major foreign policy win, noting that by focusing on economic growth and job creation his administration was able to reach a breakthrough with the two countries.

This comes only a few weeks after the Trump administration reached a peace deal normalizing relations between the UAE and Israel. The President noted that additional progress was being made on reaching peace in the Middle East.

Full of excitement over the announcement, Netanyahu praised the U.S. President for his efforts in helping Israel. Times of Israel cites Netanyahu, saying “Kosovo will be the first majority-Muslim country to open an embassy in Jerusalem. I would like to thank my friend, President Trump, for his contribution to this achievement.” Netanyahu continued to express hope that additional European countries would move their embassies to Jerusalem.

However, reports from Brussels (AP) indicate the announcement was poorly received by the European Union, with the EU issuing a statement in response to the announcement on September 7, 2020 warning that Serbia and Kosovo could undermine their EU membership hopes by moving their Israeli embassies to Jerusalem.

The potential move by Serbia and Kosovo goes against the stance held by the EU. The bloc’s official policy states that the holy city’s status should be worked out between Israel and Palestine as part of peace negotiations. The European Union-backed negotiations between Serbia and Kosovo started in March 2011 but stalled in 2018 having produced no results. It only resumed in July after U.S. negotiating effort began. Vucic (Serbia) and Hoti (Kosovo) reiterated their commitment to the European track.

Despite backlash from the EU, Israeli officials have lauded the normalization of relations as a historic feat. Foreign Minister Gabi Ashkenazi thanked Trump and his administration for their peace-making efforts, saying “The U.S. administration continues to lead significant diplomatic breakthroughs, both in our relations with Serbia and Kosovo, as well as the promotion of normalization and the historic peace agreement between Israel and the United Arab Emirates. Israel has no more important ally than the United States.”

Palestinians suggest these peace deals were aimed at bolstering Trump’s re-election prospects in two months, alleging that  Palestine “has become a victim of the electoral ambitions of President Trump, whose team would take any action, no matter how destructive for peace…to achieve his re-election” in November.

Serbian President Aleksander Vucic told reporters there were still many differences between Serbia and its former province, which declared independence in 2008, but said Friday’s agreement marked a huge step forward.

The Serbian and Kosovo leaders appeared to sign separate documents, not one. Trump, meanwhile, signed letters acknowledging that the two countries would work together. 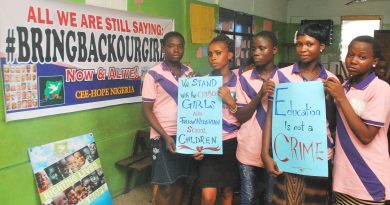