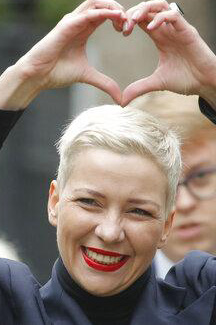 A member of Belarus’ female opposition coalition, Maria Kolesnikova, ripped up her passport to prevent forced deportation to her native Ukraine before being abducted by masked men on September 8, according to Forbes. Kolesnikova is the only member of her opposition coalition to remain in Belarus after the release of the election results favoring incumbent President Lukashenko. CNN reports that Kolesnikova’s colleagues Svetlana Tikhanovskaya, leader of the opposition, and Veronika Tsepkalo, the third member of the coalition, fled to Ukraine and Lithuania out of fear of imprisonment by the Lukashenko administration.

Kolesnikova is now being held in a pre-trail detention center in the Belarusian capital, Minsk, according to statements made by her lawyer. According to The Guardian, Kolesnikova reports that authorities threatened her with 25 years of imprisonment if she did not leave the country. Belarusian authorities also threatened Kolesnikova’s life during the abduction. Kolesnikova has since filed a criminal complaint against the Belarusian secret police, known as the KGB, and the specific officers involved in the incident. The BBC reports that her detention is most likely related to a criminal case regarding her involvement with the opposition’s Co-ordination Council, which was created to ensure the transfer of power in the recent election. Belarusian authorities, however, consider the Co-ordination Council to be “aimed at seizing state power, and at harming national security.”

The current pressure from Lukashenko’s government follows four straight weeks of mass demonstrations and weekend protests in Minsk. According to NGOs and human rights organizations, some of these protests have been attended by 100,000 people, Al Jazeera reported. These demonstrations are in response to the August presidential election, in which, according to the government vote count, Lukashenko won with 80.23 percent of the vote. This result has since been contested by the opposition leader, Svetlana Tikhanovskaya, who claims she won the election. Vast swaths of Belarusian citizens and many outside organizations are accusing the Lukashenko administration of electoral fraud and attempting to rig the election.

Pressure of this type is not a new occurrence. Tikhanovskaya, Kolesnikova, and Tsepkalo are not the original candidates of the Belarusian opposition intended for this year’s election. Originally, three separate candidates prepared to contest President Lukashenko in August’s election. One of the candidates, Viktor Babryka, was imprisoned earlier this year on charges of illegal financial dealings. Many believe these charges were politically motivated in favor of Lukashenko’s regime, rather than indicative of real wrongdoing. The second candidate, Sergei Tikhanovskaya, was also jailed, and the third candidate fled the country.

Svetlana Tikhanovskaya announced her candidacy to replace her husband, Sergie Tikhanovskaya, one of the original opposition candidates who was jailed. Maria Kolesnikova served as campaign manager to Babryka, and Veronika Tsepkalo was involved with the campaign of the third original challenger to Lukashenko. According to Foreign Affairs, these personal connections to the previous set of opposition leaders is what drove all three women to become the leaders of the current opposition coalition.

Lukashenko responded to the protests and accusations of electoral fraud with denial and a reaffirmation of his legitimacy as Belarusian president. He said in one of many public statements regarding the current political unrest in Belarus that, “power is not given to be taken, thrown, and given away.” He further said that people often reproach him for not giving up power, to which he responded that they were right to do so and, “the people did not elect me for this.”

So far, the international community has been slow to respond to the aftermath of the Belarusian presidential election and the mass demonstrations and protests. Recently, Svetlana Tikhanovskaya appealed to the United Nations Security Council, demanding that sanctions be imposed on those involved in what she claims is electoral fraud. The European Union has not acted as an organization, but its three Baltic member states Lithuania, Latvia, and Estonia have all blacklisted Lukashenko and many other high-ranking officials in his government.

Russia, Belarus’ long time and most ardent ally, is steadfast in its support of the Lukashenko government. Russian president Vladimir Putin vowed to respond to any attempt from the West to sway the political situation in Belarus by any means. He also raised the possibility of Russian military intervention to aid Belarusian authorities in pacifying the country. Amidst the ongoing demonstrations and the COVID-19 pandemic, it remains to be seen how the country will restabilize, both politically and economically. 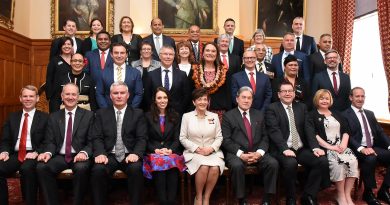