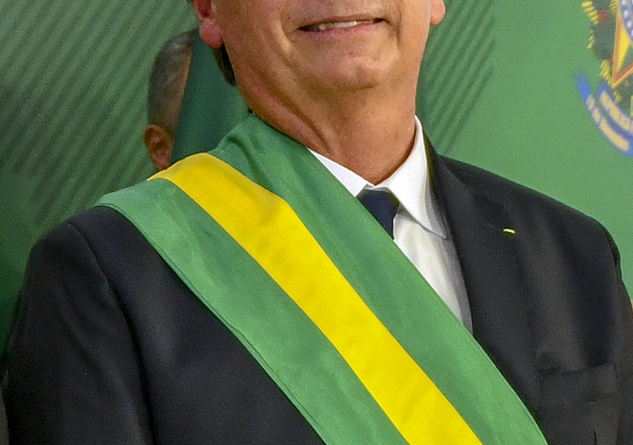 Since Brazil’s President, Jair Bolsonaro, first took office on January 1, 2019, his presidency has reflected Brazil’s history of military rule. His approach to several issues ranging from the COVID-19 pandemic to protests shows aggressive leadership based on oppression and the use of force. Bolsonaro’s aim to revert Brazil back to a military dictatorship started with the employment of military personnel within the government. Furthermore, his aggressive praise and participation in pro-dictatorship rallies prove his allegiance to a former, more authoritarian, means of governing. While the Brazilian armed forces claim to respect the Brazilian Constitution, interactions with protesters and citizens show their lack of abidance to it. Bolsonaro’s response to national issues, including but not limited to the COVID-19 crisis and political demonstrations, demonstrates radical leadership focused on control and the use of force.

In Brazil, the inclusion of military officers in the government and the President’s cabinet is not a new development. On April 1, 1964, what was once a Republic became a military dictatorship, sparking a 21-year-period of tyranny, suppression of rights, torture, and suffering. During this period, the State restricted civil, political, and individual freedoms. President Bolsonaro’s inadequate response to the COVID-19 pandemic indicates that the Federative Republic of Brazil is heading down the same road.

For the past year, President Bolsonaro has led Brazil towards a military dictatorship, most obviously by appointing military personnel to the government. Bolsonaro has reportedly carefully chosen his government personnel based on their military experience. Brasil de Fato reports that “nearly 130 representatives of the Armed Forces are currently serving in the federal executive branch under the government of Jair Bolsonaro.” Meanwhile, the newspaper Folha de São Paulo states that there are “military leaders present in 21 government departments within Bolsonaro Administration.” As for administrative positions, Mr. Bolsonaro has designated approximately “2,900 other active-duty members of the military,” reports The New York Times. BBC Brasil has also drawn attention to the number of military personnel within the Bolsonaro administration, stating, “Jair Bolsonaro’s Brazil already has, proportionally, more soldiers as ministers than neighboring Venezuela, where the Armed Forces long ago abdicated neutrality and became guarantors of Nicolás Maduro’s stay in power.” When further comparing the military presence within the Governments of Brazil and Venezuela, BBC Brasil states that the latter has “ten of the 34 ministries” run by military staff, which corresponds to 29.4 percent. In Brazil, out of 22 ministries, eight are run by military staff—which comes out to be around 36.36 percent of all ministers.

Bolsonaro’s government is structured similarly to those of Brazil’s five presidents who served during the military dictatorship. While Bolsonaro’s government has fewer military staff than Humberto Castello Branco, the first military personnel to become president, it levels with that of the second military President, Marechal Costa e Silvaand. Notably, it has more military staff than the last three military presidents during the dictatorship—Emílio Garrastazu Médici, General Ernesto Geisel, and General João Figueiredo—according to BBC Brasil. Stacking his government with like-minded military officials leaves no room for democracy and builds towards the comeback of the military dictatorship.

In the current setting of the COVID-19 pandemic, Bolsonaro continues to insert military personnel into the government while also threatening their positions should they have policy disagreements.  On April 16, 2020, Bolsonaro fired the Health Minister of Brazil, Luiz Henrique Mandetta, due to disagreements on the policy of social isolation, according to BBC and The Washington Post. As The New York Times and The Guardian report, the President of Brazil has moved away from science and facts and towards “empirical ideas without any scientific or clinical basis,” while Mandetta—a physician who specialized in pediatric orthopedics—stood his ground with scientific facts. The President then did what was usually done during the dictatorship and fired Mandetta to eliminate the root of the contradictions to his beliefs.

Nelson Teich, who according to Brazil’s Ministry of Health is a physician specialized in Internal Medicine and Clinical Oncology, was hired as the new health minister the same day Mandetta was fired. Teich lasted less than a month, as he resigned on May 15, 2020. According to The New York Times, as Teich attempted to formulate a cohesive strategy to respond to the pandemic, the President went ahead and declared gyms and beauty salons essential businesses, causing Teich’s initiative to fall short. Soon after that, Teich resigned and showed deep disappointment in the President. Teich and Mandetta ‘s reluctance to support the widespread use of hydroxychloroquine and their strong support of social distancing unnerved Bolsonaro, “who has no medical expertise” whatsoever.

As President, Bolsonaro holds power over the people with threats of consequences should they protest his leadership. Just like in the 1960s, people are suffering consequences for expressing any thoughts and opinions that go against those of the President. Currently, two months after Teich’s resignation, Eduardo Pazuello serves as the interim Health Minister of Brazil while also continuing to serve in the military. As Reuters reports, since Pazuello took office two months ago, there have been no further disagreements between the Health Ministry and the President. In an interview reported on by UOL Notícias, Mandetta—who once served in the military—stated, “The military personnel’s leadership made the Ministry of Health lose credibility.” Bolsonaro fired Mandetta and he will do the same to whoever does not agree with him.

The termination of two health ministers has escalated the chaos of the pandemic, leaving Brazilians distrustful of their government. As The New York Times points out, “The national confusion has helped fuel the spread of the disease and contributed to making Brazil an emerging center of the pandemic, with a daily death rate second only to that of the United States.”

Bolsonaro has openly given credit to the Brazilian military dictatorship where he thinks it is due. According to Reuters, Bolsonaro claims that he will always defend his country’s constitution. However, threatening to and incentivizing the people to support another military coup is to ultimately break Brazil’s Constitution, which serves to protect and ensure democracy to the Brazilian people. Former president Fernando Henrique Cardoso, who was in office from 1995 until 2003, tweeted: ‘Deplorable for the president to join anti-democratic protests. It’s time to unite around the constitution against all threats to democracy.’ Bolsonaro’s son, Eduardo Bolsonaro, who currently serves as a São Paulo State Representative, said that “It is no longer an opinion of whether, but when [the rupture of democratic institutions] will occur,” The New York Times reports.

The words and actions of the government speak to their true intention of converting the country to a military dictatorship. Historically, the armed forces have claimed to honor the constitution, which protects the citizens’ right to democracy, but they utterly contradicted it by implementing a military dictatorship that lasted over 20 years. So, what would stop them from doing it again? This is the question many Brazilians— and all of us—should be asking.

The New York Times reported on the thoughts of Carlo Fico—a historian at the Federal University of Rio de Janeiro (UFRJ)—saying that, “[Bolsonaro’s Government is] running the risk of being blamed by society for what happens next.” Nonetheless, it seems that to the President of the Federative Republic of Brazil, rather than this being a “risk,” as Mr. Fico says, it is an opportunity to “restore order,” as Bolsonaro has proclaimed on numerous occasions.

Since he was elected, Bolsonaro has spawned much protest across the country and the armed forces have not responded lightly. On May 31, 2020, the police dispersed anti- and pro-democracy protesters with gas bombs, according to El País Brasil. More recently, on June 7, 2020, anti-Bolsonaro protesters were once more struck and kicked by policemen after a routing agreement was broken, G1 reports. According to The Washington Post, Bolsonaro has requested an emergency decree from the National Congress that will give him the authority to stop all protests. Based on how the armed forces has been dealing with protesters, one could expect the violence and oppression to intensify if Bolsonaro is granted his request. While in a democracy the right to protest is guaranteed, the fulfillment of Bolsonaro’s request would remove this fundamental constitutional right from Brazilian citizens, thereby leaning the country further towards a military dictatorship.

Many have considered the possibility of Bolsonaro being impeached. However, it is important to consider that his successor, Vice-President Hamilton Mourão, could make it all much worse if such a thing were to happen. Having lived through the military dictatorship as a member of the armed forces, Mourão glorifies the military dictatorship more often and more intensely than Bolsonaro. He even seemed to encourage making the day of the military coup, March 31, 1964, into a national holiday and made a post on Twitter about it using the hashtag “#March31stBelongsToHistory,” according to Correio Brasiliense.

Brazil is between a rock and a hard place. Even if the President is impeached, there are still chances that Brazil could sink back into an undemocratic reality under the leadership of Mourão. The Brazilian population has blindly trusted and believed in a man who has shown to be an incompetent leader. The way Bolsonaro has administrated a number of events, extending from the pandemic to protests, shows his favorable outlook on militaristic leadership. The beginning of the end was when Bolsonaro employed several military staff to the government and continued with his vigorous encouragement and participation in pro-dictatorship rallies. Unless Brazilians begin to understand what they are getting themselves into, a slow demise of democracy will occur and fade into a permanent military dictatorship. 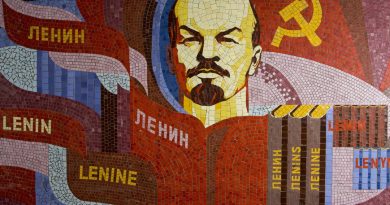 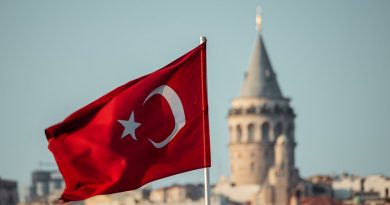