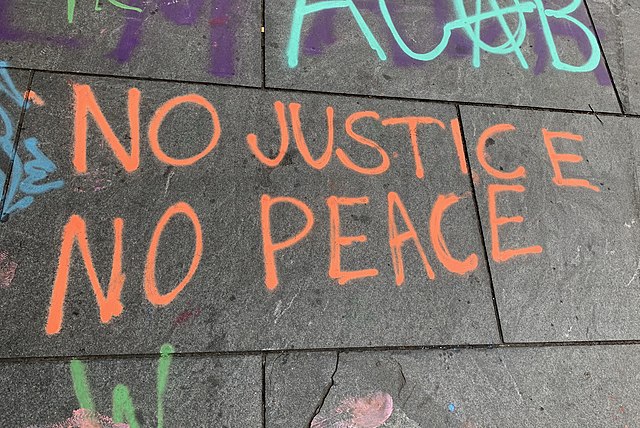 The death of George Floyd and the subsequent protests have sparked discussions over everything related to the police. One prominent topic is how police responds to civil unrest, which comes amid videos posted online showing police attacking protestors with little apparent provocation. An analysis of police response to civil unrest across the world offers several lessons regarding what role the police should play.

All countries have their ways of ensuring that protests do not get out of control. In some cases, the role of the police is merely to ensure that protests do not get out of hand while negotiations happen. In others, their role is to put down civil unrest entirely. Some of the cases presented provide potential alternatives to police response in the U.S., while others serve as a warning.

The United Kingdom has the most similar response to civil unrest compared to the U.S. The main difference in recent protests was how the police have been used. For instance, Vice reports that the London Metropolitan Police was deployed amid recent protests, leading to accusations of misconduct and unlawful behavior. There were also multiple videos showing that attempts to arrest people would rile up the crowd and often lead to more violence.

This is similar to what has been seen in the U.S. The most interesting cases to look at are Bristol and Manchester, where the police chose to take a hands-off approach. Besides a statue being toppled in Bristol, there were no reports of violence and nobody was arrested despite the crowds being in the thousands. to tens of thousands.

Observing France, the biggest difference from the U.S. approach, according to Foreign Policy, is that the Gendarmerie, the French national police. They are a unique force that is neither military nor regular street police. While the Gendarmerie is not a single organization,  is the organization is made up of specific divisions of other forces. They are trained specifically for protests and civil unrest, and as such have a record of being relatively competent at keeping injuries and deaths to a minimum. This structure is reportedly due to protestors and police developing an implied relationship where protestors will go along specified routes and the Gendarmerie will be there but will not intervene unless necessary.

The major exception to this relationship in recent memory is the Yellow Vest protests, where protestors and Gendarmerie repeatedly clashed. Protests were started by people from rural areas who could not afford the hike in fuel prices in November of 2018. Afterwards, members of the lower and middle classes joined the protests as well because they were upset at the declining standard of living. These protests turned violent in December 2018, when the Arc de Triomphe and the Tomb of the Unknown Soldier were defaced, shops looted, buildings vandalized, and police attacked.

French authorities placed the blame for these actions largely on rioters from the ultra-left and ultra-right, reports NPR. A Harris Interactive poll conducted at the time found that 72% of French people supported the protests even after the violence, but that 85% of respondents were against the violence. This was problematic for the Gendarmerie, as they are not trained to de-escalate or communicate with protesters. They reverted to tools and tactics seen in the U.S., such as tear gas, rubber bullets, and repeatedly charging and attacking the protestors when protest etiquette was broken. By 2019, tourists and passersby increasingly became victims of collateral damage due to Gendarmerie tactics, the New Statesman notes. The Yellow Vest protests are not the only example of the Gendarmerie resorting to these tactics, but they are the biggest example to date.

China, on the other hand, generally has a very different approach to protestors. Looking at how the country handles civil unrest, the most obvious example is Hong Kong. China is like many other authoritarian nations when it comes to policing unrest. According to an additional article by The Atlantic, China has at least 500 protests a day, and how the police react to most of these protests is radically different than how they reacted to the Hong Kong protests

The difference between those protests and Hong Kong’s is in the messaging. Most protests, riots, and demonstrations in China are about local issues, and the protestors are given free rein to protest while negotiations happen as long as they remain supportive of the Chinese Communist Party (CCP) and do not try to spread the protests beyond the local level. Protests in Hong Kong, however, are specifically anti-Beijing and pro-autonomy. The movement is a larger threat than the disunited and local protests that happen elsewhere in China, and which is why the response by China is much more heavy-handed than with most other protests.

Meanwhile, Chile’s reaction to protests falls much more in line with what many would expect from more authoritarian states. Protests began across the country in 2019 over rising metro fares. While protestors in the aforementioned countries have not had to worry much about being killed, protestors in Chile are not so fortunate.

According to the North American Congress on Latin America, between October 2019 and March 2020, around 36 protesters were killed and tens of thousands wounded, as well as around 28,000 arrested. Hundreds of those detained were reportedly tortured and/or sexually assaulted. The response to these demonstrations was brutal enough that the UN is seeking to prosecute military and police officials responsible, according to The Guardian. The Carabineros, Chile’s national police force, has been largely responsible for these brutal acts. This is thanks in part to Chile’s constitution, as well as laws put in place by the government that look to limit the legality of protesting.

The Philippines is another nation that is becoming more draconian in its move to suppress civil unrest. Most recently, a bill known as the Anti-Terror Bill was passed by Philippine Congress and sent to President Duterte to sign. This bill intends to fight terrorism but also contains provisions such as allowing detentions without warrants for up to 24 days. It also empowers a government anti-terrorism council to label people and organizations as suspected terrorists and subjects them to arrests and surveillance, according to AP News.

This has been one of many examples of new laws being passed with the explicit or implicit goal of suppressing dissent, as well as one of the more blatant legal attempts to suppress internationally recognized human rights. These actions have been met with protest, but demonstrators face arrest under the COVID-19 restrictions set in place by the government which bans mass gatherings. The new Anti-Terror law would replace a 2007 statute that allowed detention for up to 3 days but fined the police for each day they wrongly detained a suspect.

When looking at all these cases, each country shares a common goal of controlling civic unrest. The differences, however, lay in how each goes about it. Some nations try to limit themselves to earn goodwill while also being present to ensure that protests do not get out of control. Others are more blatant about their goals to put down civic unrest and tend to be put in the spotlight as a result.

These different national cases provide powerful lessons. The first is that the presence of police is not always necessary to keep the peace. In the recent case with the UK, protestors in Manchester and Bristol were largely peaceful and no arrests were needed. Meanwhile, in London, the Metropolitan police were deployed and there were clashes between police and protestors. The second is that training is important. A combination of training to de-escalate and having police units specifically trained for protests can make a huge difference in terms of injuries and deaths that can result from police conduct. The Philippines and Chile serve as a warning if the police are given too much leeway.

China’s model is harder to draw lessons from, as the point of protests on the part of Chinese citizens is to get the CCP to listen to their troubles; negotiations on the part of the CCP are often held to quiet citizens and make as few changes as possible. However, a key takeaway from the Chinese example is that many of the protestors demonstrated because the party does not listen to their complaints unless they protest. As such, working to make all levels of government more responsive to the people they govern would serve to limit the number of protests and keep civil unrest to a minimum.

Vaccine Diplomacy: Who is Leading the Race?