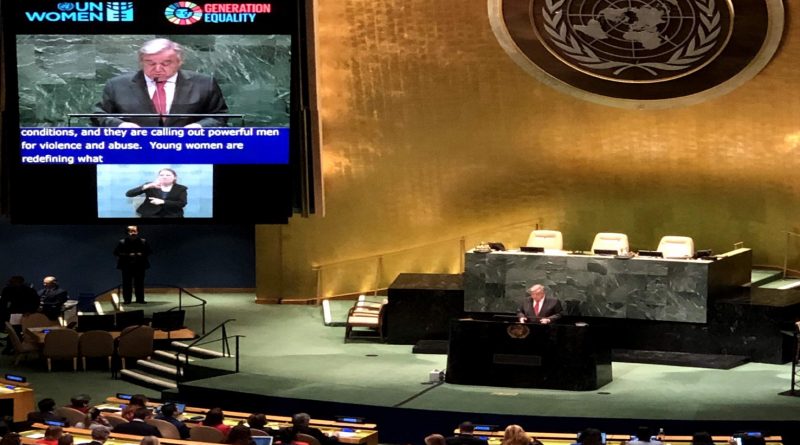 In honor of International Women’s Day, the United Nations (UN) organized an event on March 6, for women and men around the world to gather at one place for the same cause of advancing equality for all. This celebration was the main event to kick off the Commission on the Status of Women, which took place the week after.

UN Secretary-General Antonio Guterres commenced the celebration with opening remarks on the history of gender equality and why it is necessary for the current generation to continue carrying on the tradition of fighting for gender equality.

“Men have abused their power for a long time,” he said, on the lack of women in high-profile public official positions.

Mr. Guterres pledged that there will be more measures to encourage female participation at the UN, citing that men have confused their point of view with absolute truth for so long that history has seen conflicts occur as a result. In short, the more women participate, the better we, as global citizens, understand humanity.

Echoing the Secretary-General, Ms. Sanna Marin, youngest serving Prime Minister of Finland, asserted that General Assembly presence has constituted with male voices only. She noted that this is unfortunate, as the General Assembly symbolizes equal participation for all.

Recent years in human history have experienced plenty of social developments and technological innovation, which have been of great assistance to society. Ms. Marin emphasized that it is women who have helped to introduce these developments.

“Gender equality requires political solution,” said Ms. Marin. She went on to state that there is a need to have more voices to be heard, everywhere, not just the General Assembly. This process must also coincide with the UN Sustainable Development Goals of 2030. She noted the success of Finland, where gender is not the question that needs to be asked. What works for them has been to objectively ask what would work for the future economy.

Coming from a more grassroots background, Liberian activist and 2011 Nobel Peace Prize laureate Leymah Gbowee retold her experience interacting with ex-child soldiers. Using neutral language to describe sexual violence, she discovered that many child soldiers commit violence against women due to inherently sexualized perceptions of their gender. She reflected times when she hears other parts of the world refer to women as “just women” and how those simple phrases diminish the values any person holds, let alone a woman. Ms. Gbowee asserted that gender equality is more than just making the number of women participating look better. Rather, she states that humanity must work to collectively embrace this idea.

Mr. Gbowee’s words have significant power, as similar sentiments continue to inspire young girls such as climate activists Greta Thunberg and Alexandria Villasenor to action. Thunberg is known across the globe for her activism against global warming. As a 16-year old activist, Ms. Villasenor has held strikes for 63 consecutive weeks on climate change and organized global events where she advocates for female participation and leadership to achieve equality along with sustainable development. 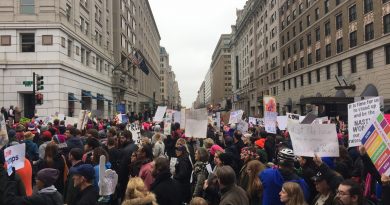