As the panic from the coronavirus outbreak extends, the already-decaying economy of Hong Kong faces deeper plummets. With the unstable precedent of civil unrest, Hong Kong has scared away investors. However, the rapid spread of the virus has caused major uncertainty and is now worsening the economic turmoil. More than anyone, the citizens of Hong Kong are bearing the costs.

With a fresh memory of the 2003 SARS outbreak, which heavily hit the city, citizens of Hong Kong had demanded Chief Executive Carry, Lam, to close all borders with mainland China. As a tradeoff, however, the demand to visit the city has plummeted. Many airlines have stopped flights to Hong Kong, the biggest being American, United, and Virgin Australia Airlines. Moreover, Hong Kong’s main carrier, Cathay Pacific has cancelled unprofitable flights and furloughed workers.

Even though economists believe that post-crisis subsidies could enable a robust recovery in the future for some of the impacted businesses, it is unclear when this better future will be. The immense loss of visitors from China and the outside world has caused a “double-hit devastation” to the economy. The limited mobility to and from the city has affected important local economic drivers such as business investment and tourism. According to Al Jazeera, this plunge in incoming travelers has mainly created a nightmare for the retail industry. Despite supermarkets being the only companies overselling, Iris Pang, an economist for Greater China at ING, expects most sales to fall by 30 percent annually until April.

Statistics show that last year’s protests had driven Hong Kong into a recession, shrinking its economy by 1.2 percent. Now, economists at Fitch Solutions Macro research forecast that the outweighing of the coronavirus outbreak could cause an additional 2.6 percent shrink, according to The Guardian.

Financial consultant, Peter Lewis, believes that Hong Kong’s economy is the end-product of a “triple whammy,” his term combines the effect of the US-China trade war, anti-government protests, and the coronavirus, which will likely “deepen and protract Hong Kong’s recession,” Al Jazeera affirms. On the other side, there are some business owners who believe the coronavirus is only a temporary setback. They think the way the government reacts to the political and social unrest will have a larger bear on the economy. Albert Francis Park, head of the Economics department at the Hong Kong University of Science and Technology, believes it could be more detrimental if global economies and local elite talent lose trust in Hong Kong’s economic future.

To satisfy Hong Kongers, and reduce civil protests, Chief Executive, Lam, has ordered all entrants from China to be quarantined for 14 days and has closed two cruise ship terminals. This, however, has not led to any peace of mind. Anxiety levels have spiked after the news of the first death of a Hong Kong citizen from coronavirus on February 6, became public. The Guardian reports that people in the city began forming long queues outside supermarkets and have emptied all the shelves as rumors spread about the manufacture of goods being halted.

Aside from the big economic numbers, the outbreak’s major impact appears to be disrupting Hong Kong’s frenetic way of life. Following the cancellation of the New Year’s Festival, streets have emptied. According to Al Jazeera, some public sector workers remain home, and some banks’ branches are even closed.

Nevertheless, civil unrest continues. After the government had proposed and began setting up a quarantine building for those infected by the virus, protesters firebombed it. On January 26, about 200 protesters gathered at the chosen building, Fai Ming Estate, and set fires in order to signal their opposition to the government’s decision. People feared that the proximity of the building’s location to the city’s main residential area, and nearby schools would increase the risk for infection.

So far, the discontent among Hong Kongers does not show a potential internal economic boost. Without any positive forecasts for the city’s progress, China’s economy could be hit harder. It is, therefore, a shared worry among economists that due to the world’s dependence on this big giant, import demand will slow down and disrupt the international supply chain. As one of the central financial markets in the world, Hong Kong’s condition will remain under everyone’s loupe. 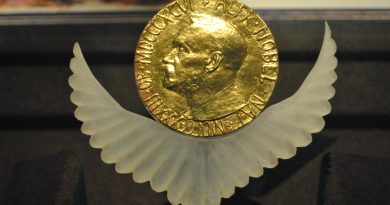 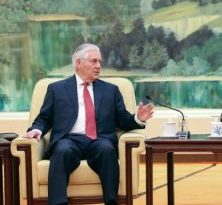 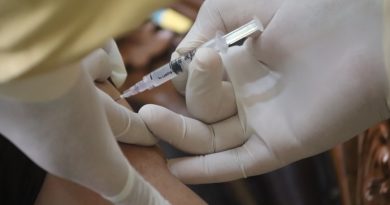