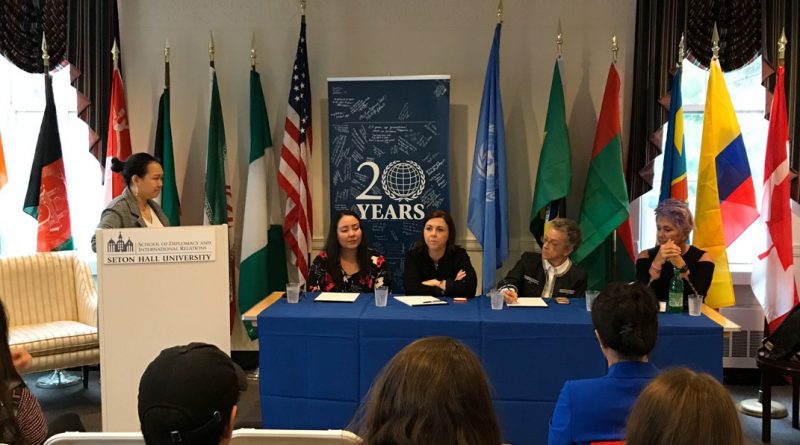 The conversation began with introductions by each woman and led to a discussion about specific areas of focus, such as each woman’s experience, women empowering each other to run for office, the importance, or lack thereof, of age in office, and women’s voice in government. Their unique positions allowed for discussion on a local, state, and even federal level.

Karsh, the founder of Moms Running, an organization that is “dedicated to increasing the political engagement of moms at every level of the political landscape” according to the Moms Running website, emphasized how the landscape of politics is changing, with technology and social media acting as an increasing part of campaigns. The four panelists had a lively discussion on the topic of women empowering one another, including the importance of encouraging women to run for public office. Kovach left the audience with the saying, “If you don’t have a seat at the table, you’re on the menu,” and partook in discussion regarding the importance of listening, particularly amongst different age groups in government. The panelists admitted to the difficulties that surround a political career but also shared the experiences and events that made the hardship worth it.

Frank Mabalatan, an attendee, said regarding the panel, “It was a wonderful and insightful event, but I think there should have been more men there. Feminism and women empowerment is a social process that is gender inclusive. I just feel like men have an obligation to be a part of that and empower women.” The panelists’ conversation also included how men can be allies in government by recognizing women for their work and seeking to understand the intricacies of gender equality issues.

The event was organized by Alyssa Futa and the Women in Diplomacy Leadership Program, an organization that seeks to empower women in the field of Diplomacy and International Relations. The organization has put on events such as Dress for Success, which elaborated on what proper business attire looks like for women and is organizing trips to New York City and Washington D.C. with speakers including the UNICEF Chief Executive Officer. The Women in Diplomacy Leadership Program also hosts a mentor/mentee program and encourages all students, not just women, to join the organization.

The panel ended with audience questions, including an international perspective on how gender equality in government varies throughout different regions. Audience members also asked about the sacrifices that are necessary when in office, to which the panelists admitted to there being numerous sacrifices they had to make but emphasized that there are ways to serve your community while maintaining a balance in other aspects of life.

The panelists effectively illustrated the different walks of life that politicians can come from and celebrated the diversity between elected officials, citing the necessity of having a wide variety of experiences and perspectives in order to do right by the communities and constituencies they represent. 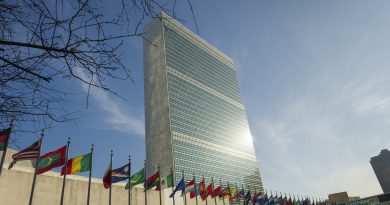