On November 17, 1989, a student protest in Prague was violently suppressed by riot police. The outcry against such violence generated the creation of an anti-communist opposition movement in the former Czechoslovakia. This opposition party, led by the infamous Vaclav Havel, was able to negotiate the Communist Party’s retreat from politics. Havel was elected president of Czechoslovakia soon after and in 1933 he was able to negotiate a peaceful division between the Czech Republic (Czechia) and Slovakia. This chain of events has been dubbed “The Velvet Revolution,” named for the unbelievable lack of violence throughout.

Now, thirty years later, many Czechs feel as though they are practically back where they started. Czech Prime Minister Andrej Babis is in the midst of a political firestorm, centered around his supposed collaboration with the Czech secret police (StB) during the Cold War era and a conflict of interest scandal. Many Czechs have come out to protest Babis on the anniversary of the Velvet Revolution, demanding that he leave office.

Pavel Šimáček, who participated in the 1989 student protests, told CNN, “I’m very unhappy about the fact that the Prime Minister is a former StB agent and Communist. He has no self-reflection whatsoever.”

During an event at the Czech capital, Prague, Babis remarked, “As you certainly know, I was a member of the Communist Party. I am not proud of that. As I have said many times, back then I was not as brave as Vaclav Havel,” reports RFERL.

Despite the openness Babis wishes to project about his past, he has tried to remove his name from the official StB archive, where he is listed as an agent, and he will not admit that he was once a collaborator. His bid was rejected by the Slovak Constitutional Court last year. During the legal battle, twelve files signed by approximately 40 former StB officials were given as evidence against the PM.

However, Babis’ past involvement with the secret police is not the only transgression that has his citizens up in arms. The prime minister is currently being investigated by the European Union for conflicts of interest centered around his company Agrofert. Babis transferred ownership of his company into a trust before assuming his role as Prime Minister, but Transparency International  found that he is still the beneficiary of the Agrofert trusts. The company has been receiving EU subsidies and is one of the largest food suppliers in Czechia.

These allegations and the uncomfortable reality of Babis’ past have sparked new protests on the thirty-year anniversary of the Velvet Revolution. “We don’t have many reasons to be optimistic, 30 years after the Velvet Revolution,” the organizers of the new student protests told CNN. “How else shall we celebrate the anniversary than by raising our voices in defense of democracy?” The organizers, who call themselves the Million Moments for Democracy Association, demand that Babis leave office, according to Time.

The International Business Times reports that on November 17, over 250,000 people gathered on Letna plain, the site of the biggest protest of the Velvet Revolution. Protesters came with banners reading “Truth and love must prevail over lies and hatred,” the motto of former Czech President Vaclav Havel. Many protesters also used old chants from the Velvet Revolution, such as, “We are here.”

The BBC reports that Czech president Miloš Zeman called these protests undemocratic, stating that 1.5 million people voted for Babis, and the two hundred and fifty protesters are a small fraction of that. The protesters are also a much smaller group than the eight hundred thousand protesters who gathered on Letna Plain thirty years ago. 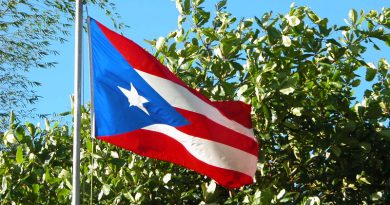 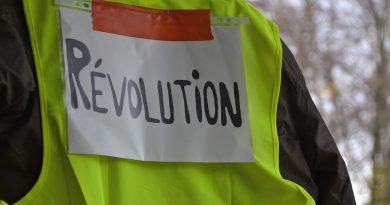 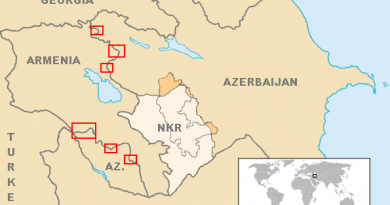