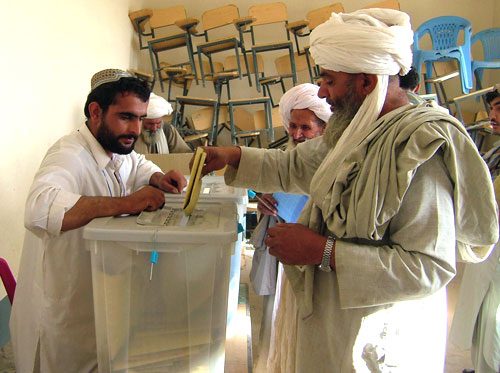 The recent elections in Afghanistan had the lowest voter turnout rates the country has seen since 2001, around 20 percent of registered voters, according to The Guardian. This low number can be attributed to many factors including security threats, voter disillusion, and technical and logistical issues.

This turnout is extremely low in comparison to previous elections. In 2004, 60 percent of eligible voters in Afghanistan participated in the election. “Turnout appears to have been dampened not just by Taliban threats, but also voter disinterest,” wrote Thomas Ruttig and Jelena Bjelica of the Afghanistan Analysts Network.

The Washington Post reports that while there was less violence from the Taliban than had been expected, the turnout for the elections was still very low. The Afghan government was expecting large scale violence and attacks at the polls, but none came. Despite this, some polling stations did have to close because of reported gunshots and violence. Fear stemming from this expected violence is believed to be one cause for the low voter turnout.

Another cause is thought to be genuine anger and apathy about the state of democracy in Afghanistan. The Taliban has made a concerted effort to delegitimize this election and has frequently referred to the western-backed government as a “puppet regime.” Beyond these threats, there was a general sense of apathy surrounding these elections in Afghanistan and for those who live in territories controlled by the Taliban, the outcome will likely have little impact on their lives.

Turnout is also believed to have been dampened by the fact that voters were required to be photographed. It appears that many female voters were either prevented from participating or refused to do so because they had religious objections to being photographed. Many religiously conservative women had no intention of voting at all. Many voters found the new biometrics technology at polling stations to be confusing and frustrating.

The Transparent Election Foundation of Afghanistan also reported a number of technical difficulties experienced at polling stations with everything from biometrics and electricity to the ballots’ ink. The elections were fraught with minor difficulties that frustrated many voters. The Guardian says that “Many Afghans also found fault with the voting process, claiming they found incomplete voters’ lists, unworkable biometric identification systems aimed at curbing fraud, and, in some cases, hostile election workers.”

To make problems worse, it now appears that ballot boxes may have been stuffed at some locations. The New York Times reports that many locations which saw sparse voter turnout reported turnout close to 90 percent and had boxes brimming with ballots. The country’s Independent Election Commission has promised to discard false ballots and feels confident that their new biometric data system will help them detect voter fraud, but this system experienced many problems during the election.

As a result of the low voter turnout, Afghanistan’s next president will have a weak mandate from his people. This is a major issue for a country such as Afghanistan where the Taliban poses a major threat to regime security and stability. The winner of the election is not expected to be announced for at least another week as the Independent Election Commission sorts through ballots and biometric data. 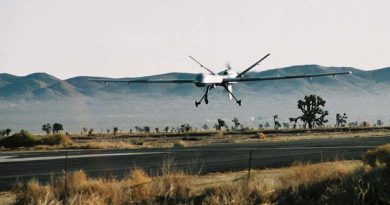 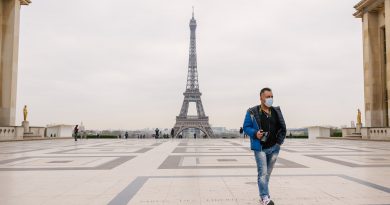