According to The New York Times, Boris Johnson is famous for being a living caricature. He consistently wears rumpled clothes, styles his hair so absurd that it has its own conspiracy theories, and jogs in public while wearing obnoxious attention-grabbing clothing.

He is also known for being humorously upbeat during strange situations. While he was the Mayor of London, he was stuck on a zipline while promoting the 2012 Olympics. He also claimed a favorite pastime of his was making tiny wooden London busses during an interview with talkRADIO.

While his strange antics are admired by many in the UK, his critics say he is inappropriately disheveled and unprepared, or more crudely, an opportunistic clown. However, instead of merely stumbling around, it may be an intentional tactic on his part.

In a 2013 BBC News interview, he stated that “it is often useful to give the slight impression that you are deliberating pretending to not know what is going on,” in order to gain public attention through the media.

His political career includes two stints as a Member of Parliament from 2001-2008 and 2015-2019, two terms as Mayor of London from 2008-2016, and the Secretary of State for Foreign and Commonwealth Affairs under Theresa May from 2016-2018. Throughout his tenure, he has threatened to ruin his reputation and career by braking conventional political rules.

Again, after assuming the office of Prime Minister on July 24, 2019, he is in the center of controversy. As recorded by CBS News, Mr. Johnson, in a historical move, arranged to have the Parliament of the United Kingdom suspended from September 10 to October 14. As explained by The Guardian, this would dramatically reduce the timeframe that parliament could stop a no-deal Brexit before they are scheduled to leave the European Union on October 31. This suspension would leave less than a week to prepare for a meeting with the European Council on October 17, where negotiations could potentially take place.

This move has caused outrage among both the public and Members of Parliament, even from Mr. Johnson’s own party. In addition, he has attempted to claim that this move is normal procedure and will deliver what the British people want.

These remarks have led to multiple protests as panic sets in regarding the potential economic impacts a no-deal Brexit could have. This unrest has fueled tensions in what was already a chaotic ordeal. The Daily Mail displayed images of protestors from all over England taking to the streets and holding up signs accusing Mr. Johnson of circumventing democracy and possibly staging a coup against Parliament.

The new British Prime Minister has always been unconventional, which has not only drawn criticism but contributed to his political success. However, this time around, his combination of unconventional political maneuvers and lackluster justifications have led to increased domestic unrest both in the streets and in the government during the ever more volatile Brexit ordeal. 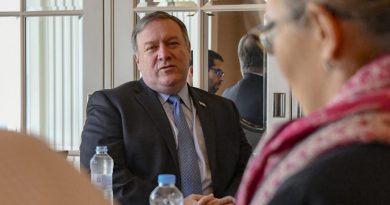