Last week, the Brazilian government denied upwards of $20 million in aid from the G7 Summit in France, according to CNN, making matters even worse for the ongoing forest fire debate in Brazil. Now, however, Brazilian President Jair Bolsonaro may be reconsidering the money pledged by the world’s top countries to help the Amazon. Bolsonaro and French President Emmanuel Macron exchanged words, leading to a stall in the acceptance of the G7 financial aid package. Recent updates suggest that Brazil may be closer to cooperating, and steps might finally be going in the right direction for the sake of the Amazon rainforest, The Washington Post reports.

Bolsonaro argues “Before speaking or accepting anything from France, even if it comes from the best possible intentions, [Macron] must retract his words… Then we can talk,” according to The Washington Post. The Brazilian ambassador to France said Brazil rejected the G7 offer because the country was not involved in the primary talks about the issue. Bolsonaro detracted by commenting on the “colonial mentality” of the G7, stating “He disguises his intentions behind an ‘alliance’ of the G7 countries to ‘save’ the Amazon as if it were a colony or no man’s land.”

Presidential spokesperson Otavio Rego Barros stated that acceptance of the G7 funds depends on if the Brazilian government is able to administrate the aid themselves, as reported by CNN.  Bolsonaro is taking on the view that he must remain sovereign, even in this time of crisis. He elaborated on his reaction to France, saying “[Macron] should think two, three times before he attempts to get out of the complicated situation he is in, with huge disapproval within his own country, by messing with us.” Brazil’s attitude toward the global outreach efforts for the Amazon fires has not been friendly, to say the least. They are seemingly too prideful to take aid from the G7 countries, with Bolsonaro making it clear that they want to handle the situation on their own.

Science backs up the growing, global concern for the Amazon region. According to BBC News, The National Institute for Space Research of Brazil (INPE), calculated an 85 percent rise in forest fires this year thus far, which makes 2019 the most active year in the Amazon since 2010. The problem lies within Bolsonaro’s administration’s lax view of deforestation.

Doug Boucher, the Tropical Forests & Climate Initiative scientific advisor with the Union of Concerned Scientists, describes what’s happening in Brazil and why this problem is so much worse than one may think. When trees are cut down in the Amazon, the carbon dioxide stored in them is released into the air. Fires are then purposefully started to create space and clear the area that was just cut down. Boucher offers insight on the consequences of the Bolsonaro Administration’s views, arguing “The concern is also because Brazil’s basic policy of forestry has been turned on its head by the new administration and it might undo the significant progress the country saw in recent years.”

The situation in the Amazon has many people involved and many opinions flying around. Overall, the recent fires in the Amazon rainforest are of utmost importance and Bolsonaro must seriously consider taking real action to combat the fires and help the most important ecosystem in the world.

Action is desperately needed to prevent the fires that are going on. The root of the problem is in Bolsonaro’s administration’s view on deforestation. It allowed for deforestation to occur easily, more fires are being started, to the detriment of the rainforest and our precious Earth as a whole. More must be done about the recent fires in the Amazon rainforest on the international level. Brazilian President Jair Bolsonaro must be held accountable for his actions and help the rest of the world cooperate and solving the ongoing problem. 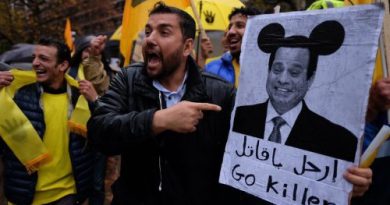 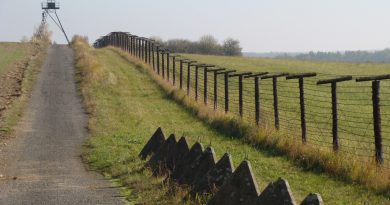 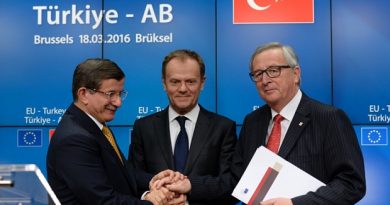 Backdoor Deals with Turkey Dump Immigrants Anywhere Else but Europe