Prime Minister Morawiecki was supposed to attend a conference between the Visegrad group, which consists of the four Central European countries Hungary, The Czech Republic, Poland, and Slovakia. The Prime Ministers from all four countries and Netanyahu were to discuss Euro-Israeli relations.

As stated by Bloomsburg, this was to be the first meeting between these European countries outside their continent. Mr. Morawiecki pulled out from the conference because Poland sought “clarification of comments allegedly made by the Israeli prime minister.”

The comments were made during a Middle Eastern conference held by the United States.  According to The Washington Post, when President Netanyahu was asked about Poland’s wartime role during World War II, he was quoted saying, “Poles cooperated with the Nazis.” Mr. Netanyahu’s wording also suggested that some Poles participated in the extermination of Jews during the German occupation of Poland.

This word choice is the primary source of the controversy.  Multiple Israeli news sources misquoted Mr. Netanyahu saying, “The Poles cooperated with the Nazis,” thus inferring that the nation as a whole was to blame, and not a select few. This caused some uproar amongst Polish officials.

The Times of Israel stated that the initial news reports led Polish President Adrzej Duda to threaten to block the summit from taking place in Israel.” The Israeli government was quick to resolve the dispute saying Netanyahu never mentioned the Polish nation as a whole, and that early reports from news sources were untrue. Other Polish presidential office officials have described the event as “malicious journalistic manipulation.”

This is not the first dispute between Israel and Poland. Last year, verbal conflict between Warsaw and Jerusalem broke out after a new law in Poland was passed. The law made it “illegal to blame the Polish nation for collaboration in the Holocaust.” This caused a public outcry in Jerusalem, as many saw it as an attempt to whitewash history. Eventually, the problem between the two countries was resolved when both prime ministers came to an agreement. Poland softened the law, and both Prime Minister Morawiecki and President Netanyahu agreed on a joint declaration stressing the involvement of the Polish resistance in helping Jews.

Nonetheless, Mr. Netanyahu did face criticism by many Polish historians for his input to the declaration. At the same time, many Israeli political pundits claimed that it “inaccurately adopts the Polish narrative of the Holocaust, overstating Polish efforts to rescue Jews and understating anti-Jewish atrocities committed by Poles.”

Despite the correction of President Netanyahu’s recent comments, Prime Minister Morawiecki decided it was still in his best interest not to go, and informed Mr. Netanyahu that he would not attend the Visegrad summit in Jerusalem during a phone conversation.

Many believe this is due to the up coming election in Poland, and state that Prime Minister Morawiecki is playing to domestic pressures by canceling his visit. Polish Foreign Minister, Jacek Czaputowicz, is scheduled to attend the conference in his place. 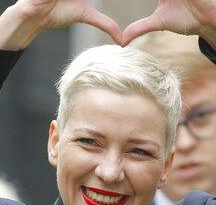