The recent admission of the Baltic nations of Lithuania, Estonia, and Latvia to the NATO alliance is a clear warning sign to Russia to steer clear of the western European countries’ collective military force. This move has intensified military tensions across Europe and increased Russia’s military operations.

In September, Russia held its biggest military maneuver in decades, mobilizing over 300,000 troops, 36,000 tanks, 1,000 aircrafts, and 80 warships, reports Euractiv. Along with their own subjects, the Chinese and Mongolian militaries took part in these exercises, sparking speculation about their military ties.

German-born Constanze Stelzenmuller, a senior fellow at the Brookings Institution, commented that, “our alliance [NATO] is not just a military one; it’s a political alliance of like-minded nations who will come to each other’s defense if attacked” according to USNI.

The expansion of NATO’s alliance will only benefit and secure the well-being of Europe in the long run. Prior to the alliances’ formation in 1949, it would have been unimaginable that these three Baltic states would permit German troops on their borders. However, these forces allowed their presence as part of an initiative to deter a possible Russian invasion.

Claiming that the turmoil in Crimea began to threaten Russian Black Sea Fleet stations in Ukraine,  President Vladimir Putin seized control of Crimea amidst the chaotic flailing of the pro-Russian government, USNI states. With the entrenchment, Putin armed rebels in the eastern part of the state as well as supplying them with forces to oppose the new government in Kiev.

Michael Kofman, a CNA senior research scientist, told USNI, “Russia made a case [that it] poses a threat to NATO and countries along its borders with its actions in Ukraine and early moves against Georgia to support Kremlin-leaning forces in two breakaway provinces.”

NATO military drills and presence in Norway, which shares a land and sea border with Russia, has also sparked concern for the Russian government. These extreme tensions have not gone unnoticed. They also force Russia to prioritize the security around their own border.

Regarding the drills, Russian Foreign Ministry Spokeswoman Maria Zakharova told Tass, “we have to state that such irresponsible actions will inevitably destabilize the military and political situation in the north, increase tensions, and undermine the fabric of Russian-Norwegian relations,” Zakharova said. She continued, “all these NATO preparations cannot be ignored, and the Russian Federation will take the necessary tit-for-tat measures to ensure its own security.”

Zakharova has also warned that low-tension must remain constant in calm regions or there will be far-reaching consequences to follow, not through the fault of the Russians.

Despite the reasonable, yet threatening, backlash from Russian officials, NATO has refused to step down. As reported by Euractiv, operation ‘Trident Juncture 2018’ is set to take place in Norway in late October and early November.

Euractiv also stated that according to NATO Secretary General, Jens Stoltenberg, this military maneuver would include approximately 45,000 soldiers from 31 NATO allies and partner countries. In addition, 150 aircrafts, 60 ships, and more than 10,000 military vehicles will engage in this simulated collective response to an attack on an ally.

A senior NATO official told USNI that the alliance had “nothing to hide” and added “we would like to see this from the Russian side as well. Russia has not invited observers in recent years and given them full access under the agreements on mutual inspections of military exercises.”

Despite the current political climate, new NATO members will enhance the protection and security of fellow allies as well as Europe as a whole. Although Russia does have a legitimate concern for its own stability, NATO is following strict and just precautions based on Russia’s previous actions. 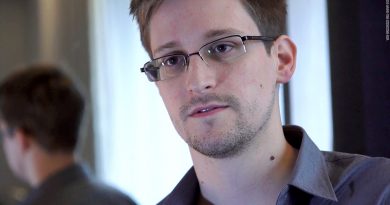