150 hours is a platform created by the Diplomatic Envoy to highlight the best and brightest students of the School of Diplomacy and International Relations at Seton Hall University. The section’s name comes from the 150 hours that students need to intern for in order to get academic credit for their internship.

I have been an intern at Business Insider for the last three months, and in just my first month I already crossed the 127-hour threshold. This is because, unlike most internships, mine is full-time job.

I have the pleasure of clocking in at Business Insider’s global headquarters, just blocks away from Wall Street and the World Trade Center.

Surrounded by alumni of Columbia University’s Graduate School of Journalism, Harvard’s Kennedy School of Government, and legacy news organizations like the New York Times, I sit, feeling deeply unqualified, and contribute to one of the fastest-growing news outlets.

I realized the magnitude of my opportunity at my very first all-hands newsroom meeting. It was only my second day at Business Insider when I stood shoulder to shoulder with journalists who had moved markets, published thrilling investigations, and gotten attacked on twitter by Elon Musk, for the first time.

Lyndsay Hemphil, Business Insider’s managing editor, introduced the new recruits – myself included – to the newsroom before handing the microphone over to Nicholas Carlson, the Global Editor-in-Chief.

Nich is a tall and charismatic leader. Driven by Business Insider’s mission to become the premier news source in the world, Nich introduced us to the reality of news media: it is dying. Well, sort of.

The weekend before I started at Business Insider, New York Daily News, the ninth most widely circulated daily newspaper in the United States, fired half of its staff in its switch from print to digital publishing. Weeks before that, Conde Nast – the legacy brand behind the New Yorker, Vogue, Vanity Fair, and Wired – disclosed its recent losses and put three of its own imprints up for sale.

As a bight-eyed new hire exploring a career in journalism, I was terrified. It seemed like I was climbing aboard a ship with a hole in it.

Nich however, proved this was not the case. Business Insider has been growing at a remarkable rate. For the first time in its history, it made a profit and is projected to remain profitable for the foreseeable fiscal year.

Additionally, Nich stressed that Business Insider’s growth meant that it could hire some of the reporters laid off by the New York Daily news, “you should never cheer for a journalist getting laid off. There are great employees there and if you know of any please refer them to the hiring team.” I was looking at Joseph Schumpeter’s creative destruction in its purest form.

Months later, I spoke to Nich in person about this and he reiterated his belief. “It’s not scary to be in an industry getting disrupted – as long as you’re the one doing the disrupting,” he told me.

My work at Business Insider has been phenomenal. Being a student, I was initially concerned that I would leave my studies to the side by working full time. I failed to realize that if you work in a newsroom and you do not learn something new every single day, you are not doing your job.

The job is very similar to my position as the Editor-in-Chief of the Diplomatic Envoy. I pitch, edit, and reframe articles. I collaborate with talented editors, and I even get to write my own articles. The stakes are infinitely higher, and the payoff is much larger.

I apply the knowledge I learned as a student in the School of Diplomacy and International Relations, while learning new skills that I can take back to the classroom. That being said, working full time, being Editor-in-Chief, and being a student at the same time is challenging.

However, because these positions are so interrelated, I usually operate at the intersection of the three. My ability to do so speaks volumes about the School of Diplomacy’s curriculum and the experience I gained at the Envoy.  Without either of these, I would have been unable to accomplish this feat. 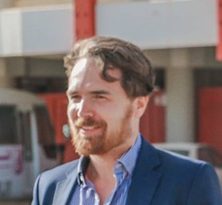 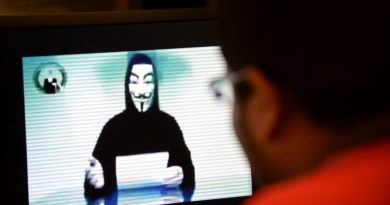 Focus on Cybersecurity: United States and the Shadow Brokers