On Saturday, September 15, Super Typhoon Mangkhut, also called Ompong, slammed into the northeastern tip of the Philippines, specifically on the island of Luzon.

According to Al Jazeera, the super typhoon, a tropical storm with winds sustaining at least 115 miles per hour, is considered the equivalent of a Category 5 Atlantic hurricane. On the Friday prior, this led the Philippines to declare the highest alert level for a storm in the northern provinces of Abra, Apayao, Cagayan, Ilocos Norte, Kalinga, the northern part of Isabel and the Babuyan group of islands.

Prior to landfall, Lanelyn Carrillo, a spokesperson for the humanitarian organization World Vision, said that the Philippines are “bracing for the worst” says CNN. Carrillo continued to say “there is a sense of fear that we might be facing a storm as bad as Haiyan or Haima.” In 2016, Super Typhoon Haima damaged up to 50,000 homes. Al Jazeera reports that Super Typhoon Haiyan killed or left missing close to 8,000 people.

CNN said that Mangkut packed sustained 180 mile per hour winds, marking it the strongest storm on the planet in 2018 thus far. The super typhoon made landfall with wind speeds 75 miles per hour greater than Hurricane Florence, which ravaged the United States east coast, at 165 miles per hour. In addition, the wind force stretched 168 miles; this is equivalent to the distance between Paris, France to Brussels, Germany. At least 30 million people were expected to face tropical-force winds.

CBS News reports that the Philippines is one of the most disaster-prone countries. The Southeast Asian country faces up to an average of 20 typhoons annually; Mangkhut is number 15. Storms like typhoons and hurricanes strengthen from warm ocean water-a trend linked to climate change. South China Morning Post states scientists have once again reiterated that rising temperatures means mega-storms will become the new norm.

Warming ocean temperatures also increase the severity of storms developing over the sea. South China Morning Post added that four cyclones-which are less devastating in comparison to typhoons-intensified so drastically that they eventually developed into a super typhoon; Mangkhut happened to be one of them.

Choy Chun-Wing, a scientific officer at the Hong Kong Observatory noted that super typhoons will become more frequent in the close future. Chun-Wing specifically stated that “A warming climate will theoretically provide more energy to fuel storms in the future.”

This is a theory that climate expert groups have reiterated worldwide. The US National Oceanic and Atmospheric Administration (NOAA) is one example. NOAA warned that the North Atlantic would see “another above normal hurricane season” following the deadly string of hurricanes that battered the Caribbean last year. As the sea warms-a phenomenon connected to climate change-it will only fuel a “giant engine” that is a hurricane, typhoon or tropical cyclone. 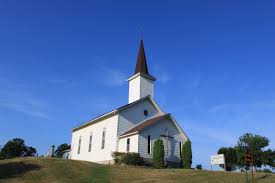 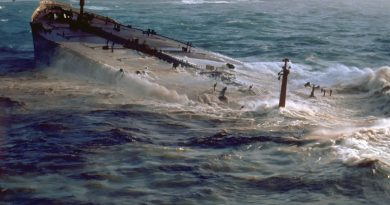