A case was presented to the International Court of Justice (ICJ) at The Hague on Thursday, August 30. Mauritius, an independent island state in the Indian Ocean, is in dispute with Britain over the sovereignty of the Chagos Archipelago, also commonly referred to as the Chagos Islands.

Mauritius approached the United Nations with a resolution in which they requested a legal opinion from the International Court of Justice on their sovereignty over the Chagos Islands, which is currently an incorporated part of the British Indian Ocean Territory, The Telegraph affirms.

It certainly came as a blow to Britain when the resolution was successfully adopted on Thursday, September 6, with only 15 countries voting against its adoption and the majority of the European Union (EU) countries abstaining. The Telegraph further notes how this aspect is an important analytical point on how Britain is losing its allies in the EU during a critical time such as Brexit, since it was unable to gather enough rallies during the General Assembly for the adoption of the resolution presented by Mauritius.

During the four-day hearing last week, 22 countries and the African Union made statements, of which 17 countries backed Mauritius, namely India, China, the African Union, among others. The United States on the other hand, stood firmly by Britain’s side. Diego Garcia, the largest island of the Archipelago, houses one of the largest United States military bases in the world with over 4,000 troops in operation. The New York Times reported that United States ambassador to the United Nations, Nikki Haley, encouraged diplomatic missions present in New York to vote against the resolution and that no form of negotiation would be carried out with Mauritius.

According to the Mauritian Government, the Chagos Islands is still considered as an integral part of Mauritius’ territory, but the country was ‘unlawfully’ coerced into ceding the territory to Britain right before its independence from British rule in 1968.

As mentioned in The Guardian, Sir Aneerood Jugnauth, Mauritius’s defense minister and former prime minister, affirmed in the opening statements of the legal challenge that Mauritius was compelled to detach itself from a considerable portion of its territory on the eve of its independence during ‘secret meetings’ held with British officials. Mr. Jugnauth further mentioned that it was a breach of U.N. resolution 1514, passed in 1960, to separate colonies before independence was granted to a country.

Statistical evidence revealed that after Mauritius’ independence in 1968, most of the 1500 islanders were forcibly deported from the Archipelago so that it could be used for establishing a military base. Many of those deported people went to Britain and have since then been fighting the British Government to reclaim their homeland.

However, Britain claimed that the Chagos Islands were a part of the agreement made with Mauritius in 1965, the New York Times highlighted. During the General Assembly, Matthew Rycroft, the British ambassador to the United Nations emphasized on how Mauritius was told that it would be handed over the Chagos Islands once they were no longer required for military purposes. However, for 50 years Britain’s administration remained stagnant over the matter.

Sir Aneerood Jugnauth mentioned to the General Assembly that handing over the Archipelago would not indicate a halt to its the military operations; Mr. Jugnauth showed his support for world security and maintained that the U.S. and Britain could maintain their military bases as long as sovereignty was returned to Mauritius. An impactful claim made by Mr. Jugnauth was how important it is for the Chagossians as well as Mauritian people to claim back the totality of their territories and be at last freed from colonization.

The Guardian notes that while no conclusive decision has yet been reached, the court will primarily consider two important factors: whether Mauritius was lawfully decolonized during its independence in 1968, and whether Mauritius has the capacities to resettle the Chagossians, who were forcibly deported, back into the Chagos Islands.

It is vital to consider how Mauritius is backed by many of its continental neighbours and allies, and how such an alliance strengthens diplomatic and foreign relations between countries. On the other side, several EU countries offered no diplomatic support to Britain, and as the latter enters its Brexit-era, this could be an indication of how isolated Britain is when addressing diplomatic relations. 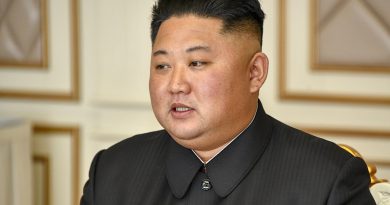 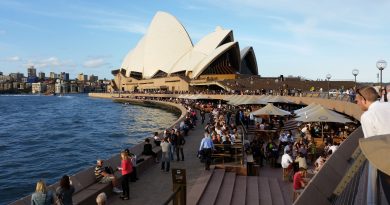 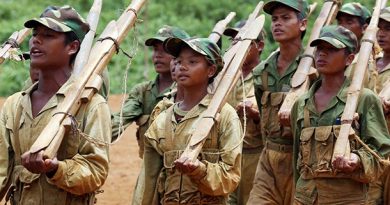