Turkish business heiress, socialite, and bride-to-be, Mina Başaran died earlier this month when her private jet crashed in Iran after her trip to United Arab Emirates (UAE). Mina was celebrating her upcoming wedding in April at the One&Only Royal Mirage luxury hotel in Dubai.

Along with Mina, at total of elven passengers were killed during the crash, including eight of Mina’s friends who attended the bachelorette party, and three crew members. The operation to alleviate the crash took a total of 15 hours and involved 80 people. USA Today reported the cause of the crash is still unknown but investigators recovered the aircraft’s “black boxes” which have been handed over to Turkish authorities. Other agencies are reporting as a “mechanical failure.” Mina’s private jet was owned by her father’s, Hüseyin Başaran’s, company , Başaran Investment Holding, according to . BBC.

The private jet crashed in the Zagros Mountains outside of the city of Shahr-e Kord which lies about 230 miles south of the Iranian capital Tehran, according to the. Daily Sabah  “A witness told state television that the jet was on fire before it crashed near the city of Shahr-e Kord” and it was recorded that the pilot requested to fly at a lower altitude due to technical problems, reports . BBC.

Only 28 years-old, Mina Başaran travelled to the Dubai to celebrate her upcoming wedding to Murat Gezer, who owns printshop Metprint Baski Sistemler. The couple was due to tie the knot on April 14, states the. Daily Star. Gezer was devastated after the news, claiming that he did not believe it and “Mina will come,.” reports The National.

Mina was the daughter of business mogul Hüseyin Başaran, who is chairman of Başaran Investment Holding. Hüseyin Başaran is the former deputy chairman of Trabzonspor football club, and owns businesses in many sectors including yachting, construction, finance, tourism, aviation, cement and energy. Huseyin also owns apartments in Istanbul which are named after his daughter called the “Mina Towers,.” according to Daily Star.

Mina’s sudden death has sparked an interest on social media because of her well known and frequent presence in the public eye. The socialite has been featured on the cover of Turkish fashion magazine Grazia and in Vogue Turkey. She was a part of the Başaran Investment Holding Company and was in line to run the business.

The last photo posted on Mina’s Instagram was a picture of her and seven friends smiling in pink and white robes at One&Only Royal Mirage. Other photos during her celebration were posted to her account, including photos of Mina posing in her private jet with flowers and heart shaped balloons, and outside of the jet. Later, Daily Sabah reports there were unconfirmed reports that the balloons were seen exploding in mid-air. Daily Sabah  Since then, Mina’s Instagram account has been set to private along with her friends’ but her follower count continues to jump from 58,000 to 86,700, according to Daily Star.

Zeynep Coşkun, daughter of jewelery designer, Aslı İzmirli, Jasmin Baruh Silani, founder of Baguette Jewellery, and Liana Hananel, who runs the Lily and Rose celebrity swimwear brand, were found in the crash. Ayşe And, another friend of Başaran, was a clinical psychologist, Sinem Akay, daughter of Mavi Jean, and Burcu Gündoğar Urfalı, like her friends, was in the fashion business, were all found by investigators, states the. Daily Sabah

Mina and her friends, along with co-pilot, Melike Kuvvet were buried on Thursday, March 15. Turkish President Recep Tayyip Erdogan, personally offered his condolences to Mina’s father. The Başaran family also published an emotional death notice newsletter along with Mina’s picture with the caption, “My little angel, I love you very much. Wait for me.” The family requested to donate money to an armed forces charity instead of sending flowers. 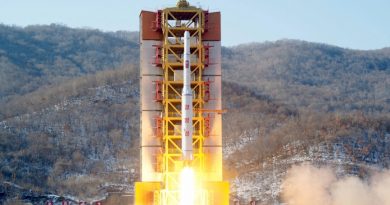 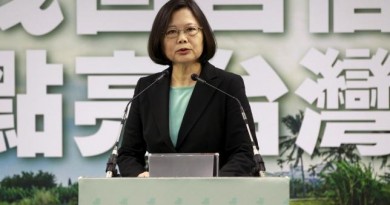