Nine days, seven flights, four cities, two princes, one kingdom – and limitless cups of Arabic coffee. From February 20-28, I explored the Kingdom of Saudi Arabia through a new initiative called GatewayKSA, an all-expense paid, academic study program that will allow students from around the world to experience Saudi firsthand. I, along with five other students and a handful of social media influencers, went on the fourth and final pilot of the program. The first official trip will coincide with the Kingdom’s issuing of its first tourist visas, which will be effective April 1, 2018.

We began our first leg of the trip in Riyadh, the kingdom’s desert capital and financial hub. Riyadh also holds some of Saudi’s most iconic and recent additions, like Kingdom Center – the 99-story tower that now holds a spot as one of the tallest skyscrapers in the world – an emblematic symbol of the country’s ambitious development plan, Saudi Vision 2030. Humungous, eye-catching dark green billboards of King Salman and Crown Prince Mohammad bin Salman lined the sides of Riyadh’s – and every other city we visited – major highways, promoting Vision 2030 and broader themes of hope, nationalism, and looking towards the future.

Our time in Riyadh happened to coincide with the Janadriyah Festival, an annual celebration of the diverse contributions and cultures of each province in the kingdom. We quickly learned that the Al-Qassim province, for example, is famous for a honey-filled (sometimes date-filled) biscuit called kleija. The festival was our first encounter with the film crew that is producing a one-hour documentary on our experience in Saudi, and would subsequently be filming our every move throughout every leg of the journey. We spent twenty minutes at the Al-Qassim pit stop sipping aromatic cardamom-spiced Arabic coffee and miming taking bites into kleija ad nauseam while up to five cameras flashed – marking the beginning of our strange impending TV “stardom.” We also realized – and having a film crew with us surely did not help – how much we stood out from the crowds. Being one of the very few non-Saudi festivalgoers made the experience feel particularly special and authentic, but it also called me to question whether my presence was truly welcomed.

We finished our time in Riyadh with dinner and coffee at the home of Prince Turki al Faisal’s, a former ambassador to the U.S. We departed Riyadh and landed in Al Ula, a desert province of Saudi home to 2,000-year-old Nabatean tombs and vast, untouched landscapes. In the desert, we toured Madain Saleh (a nature reserve currently restricted to the public), rode camels, had coffee and tea at dusk, and went on a desert safari. We also met a few young girls that host a show called “Little Stars,” a children-led variety show aired on the same Saudi television station our documentary will be shown on later this month.

After Al Ula, we went to Jeddah – the more progressive, west coast city that overlooks the Red Sea. We spent almost a full day on a boat trip admiring the shimmering, other-worldly azure water of the sea and snorkeling over the famous coral reefs. In a serendipitous moment while sitting on the bow of the boat, we were surprised by a school of dolphins skipping alongside us at the same speed. Later, we met with women from or affiliated with Effat University, an all-women’s college. The women, varying in career stage from undergraduate students to seasoned policymakers, discussed the evolving role of women in Saudi society, particularly in light of recent reforms in the last year that expand their rights and ability to move freely through the kingdom. I will never forget one woman’s story of dressing in a man’s thobe (long dress) and shemagh (scarf) to drive to visit her grandparents after time apart when neither her husband or driver were available. I will also never forget the story of one of our advisors from King Faisal Center for Research and Islamic Studies (our trip sponsor), who said that when she heard the news that women would be allowed to drive, she and women she didn’t know around her celebrated – and sobbed – in solidarity.

Our last stop was in Dammam, an expatriate-dominated city that hosts Saudi Aramco, a national petroleum, natural gas, and petrochemical company. On the way to Aramco, we had to stop in for an obligatory visit with the governor of Dammam, Prince Saud bin Nayef, who presented us each with 10 pounds of Saudi luxury dates before we continued on our journey. In addition to Aramco, we also visited the King Abdulaziz Center for World Culture, a cutting-edge building complex that will host a public library, Saudi’s first cinema, and green spaces – among other things.

Overall, the trip was inspiring – particularly in our interactions with the movers and shakers of society that have pushed for the long-awaited top-down reforms seen over the last year. It will be interesting to see how Saudi’s progressive and ambitious policy action continues – and is reconciled – in the face of persistent conservative factors in the country, in addition to mounding international criticism over Saudi’s involvement in the worsening humanitarian crises in Syria and Yemen. I think that Saudi is heading in a forward-thinking progressive direction – but the road will be laden with complications, particularly in the face of its own geopolitical posturing. 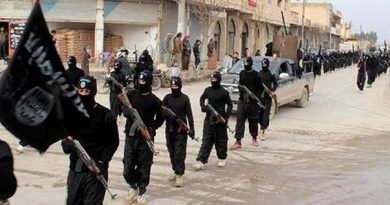