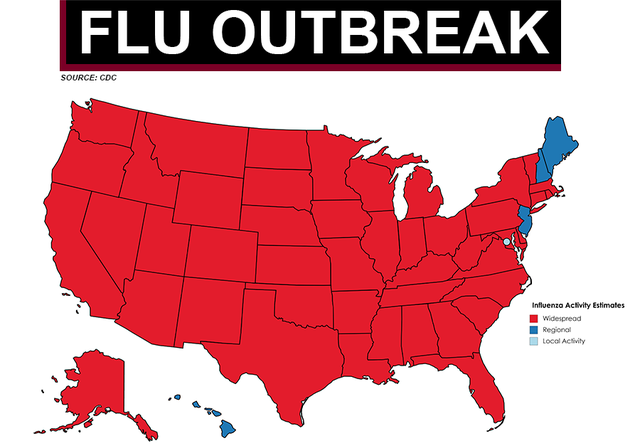 “Flu is everywhere in the United States right now,” Dan Jernigan, director of the influenza division at the Nnational Center for Immunization and Respiratory Diseases, said to Fortune. “This is the first year we have had the entire continental U.S. be the same color on the graph, meaning there is widespread activity in all of the continental U.S. at this point.”

The Washington Post states that this year’s flu season is “already the most widespread on record since health officials began keeping track 13 years ago,” and has already caused the deaths of more children than what normally would be expected at this time of the year, said federal health officials.

According to the Center for Disease Control’s (CDC) weekly update, the overall hospitalization rate for the first full week of January was 22.7 per 100,000 patients, which is almost double that of the previous week. Seven children died in the first week of January, bringing the total number of pediatric deaths to 20. Nearly 6,500 people have been hospitalized since the beginning of the ‘Flu season’ in October.

Around the country, VOX reports of doctors’ offices and clinics bursting at the seams because of the flu. In Florida, a school district in the “Panhandle” Gulf District closed its schools because so many people were out sick according to Palm Beach Post. In California, where flu deaths are climbing, hospitals are described as a “war zones” of patients, stated the Los Angeles Times.

If the outbreak did not appear dire enough, there is also a shortage of saline IV bags to treat the people who are in the hospitals. Because this year’s flu follows Hurricane Maria in Puerto Rico, where nearly half of the IV bags used in America’s hospitals are made, a serious shortage was unavoidable, reports VOX.

The hurricane disrupted production, and that coincided with an increased demand for saline because of flu, so hospitals and the FDA are scrambling to address the shortage. Dr. Scott Gottlied, Commissioner of the FDA, said “Our drug shortage team is continuing their critical work. We will continue to confront, and update the public on, the IV solution shortage,” via his twitter account.

Behind the scenes, hospital pharmacy departments devised ways to reserve the 25-to-100 milliliter saline bags for use in patients whose condition requires them and adopt viable substitute procedures when possible reports USA Today. USA Today went on to report that, hospitals are using oral medications when they can, stopping IV bags once a patient no longer requires them, and looking to Canadian suppliers to help fill the gap. Other methods include using a different sized bag when possible or swapping in dextrose for saline.

Although Jernigan noted the Washington Post reports of healthy young people who have died of the flu, the individuals most at risk remain the elderly and young children. People who are “very sick or at high risk of complications should be treated as soon as possible with antiviral medicines, without clinicians waiting for confirmatory testing,” he said.

The flu season “will last several more months,” reportedly sometimes even stretching into May, Kristen Nordlund, the CDC spokeswoman, said to VOX. “It’s still not too late to get vaccinated.” 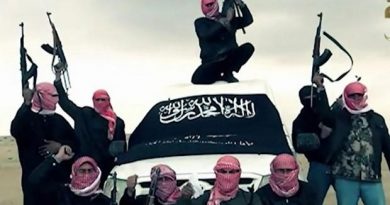 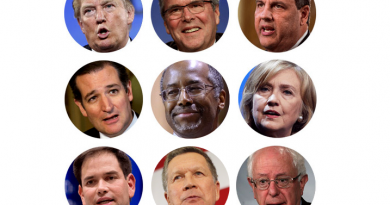