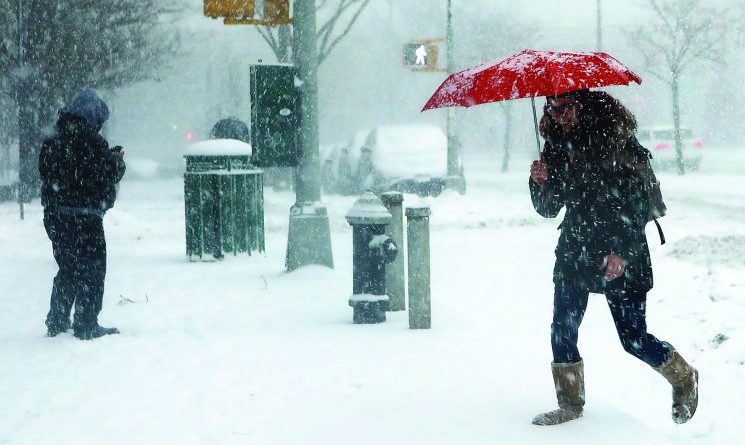 2017 was one of the hottest years in recorded history due to the effects of the 2016 El Nino.  Although 2017 was expected to be cooler due to the offsetting effects of La Nina, it was not. If no changes happen, rising temperatures could be the new norm for years to come.

Whereas the Earth overall continues to reach new temperature heights, countries like  the United States, Japan and Canada have recently faced snow storms and low temperatures not seen for decades. This has caused groups that do not believe in global warming to argue that the unexpected low temperatures prove the Earth is not consistently warmer. Indeed,, snow surprised Florida and its capital, Tallahassee for the first time in twenty-eight years. Nevertheless, the unprecedented snowfall is not enough to deny the reality of climate change.

The long-term trend of hot temperatures demonstrates how climate is shifting. Scientific research, including from NASA, proves most of the Earth continues to face higher temperatures. Moreover, the recent cold mentioned cannot be enough to argue for a lack of global warming. Weather and climate are different terms; weather refers to current temperature, and climate to overall temperature expected throughout seasons.

The current trends are likely to continue, with the Northeast coast of the U.S. expecting a double snow storm in the first week of February. In December, some parts of New Jersey received considerably more snow than the monthly average. Towns such as Cape May and Atlantic City received almost three times the average amount of snow. Meanwhile, other towns such as Freehold, Newark, and New Brunswick had almost fifty percent more snow than normal.

In some northern parts of the Garden State, towns had their first white Christmas since 2009. However David Robinson, a New Jersey State Climatologist, stated that the amount of snow is not unusually high for northern and central New Jersey, and that the early January blizzard explains the increased levels of snow, according to N.J.com. Snow storms bring several problems such as power shutdowns, transportation difficulties,  flight delays,  and school closings.

According to the Daily Mail UK, meteorologists say “that just a light glaze of snow – less than an inch – can create more chaos on the roads than a full-blown snowstorm” because people perceive that it is still safe to drive.  They recommend that commuters check weather updates, and drive slowly during snow storms.

The colder weather patterns  on the East Coast are expected to continue throughout February. Heavy snow is also expected in the United Kingdom. WeatherAction’s Piers Corbyn explains, “some thundery, stormy conditions  with extreme biting winds can make it feel colder than temperatures may suggest,” reports Express.

Elsewhere, Japan was hit by nine inches of snow on the fourth Monday of January, leading government  agencies to declare snow warnings as well as request cautious action, according to AccuWeather. The higher levels of snow across the globe are unavoidably creating problems reflective of the reality of climate change.