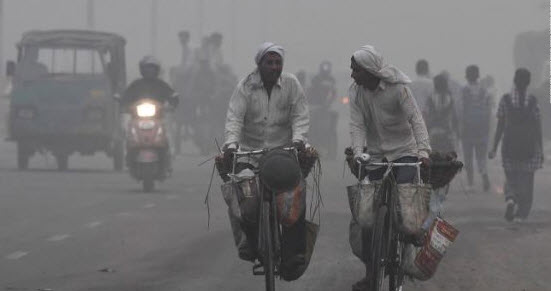 The U.S. embassy’s air pollution tracker determined that the PM2.5 levels reached double the mark deemed hazardous. New Delhi is well known for its status as the most polluted city in the world, with conditions progressively worsening as a result of industrial pollution and crop burning. The Delhi chief minister Arvind Kejriwal described the capital as a “gas chamber” in a tweet regarding the public health crisis in New Delhi.

PM2.5 are tiny particle matters that enter into the lungs and bloodstream, causing serious respiratory problems. Hospitals are seeing a 20 to 25 percent increase in emergency patients since the smog has taken over New Delhi. The toxic smog in India has affected people’s health tremendously, with conditions such as lung diseases, chronic bronchitis, pneumonia, and asthma becoming increasingly more prevalent. Many of New Delhi’s residents are finding themselves with life-threatening illnesses directly caused by the heavy pollution in the area. According to Al Jazeera, Rahul Singh, a 14-year-old living in Valmiki Mohalla, now suffers from a chronic cough that causes him to have trouble even climbing just a few flight of stairs.

According to Hindustan Times, United Airlines has cancelled its flights into New Delhi due to the capital’s poor quality of air.. The airline explained their cancellation of flights was “for the safety of [their] employees.” In response to United Airlines’ action to cancel flights travelling to India’s capital, Yarta.com President Sharat Dhall noted that United was the only airline to cancel flights. Dhall further argued that the airline’s decision to cancel its flights was an “overreaction” that has only resulted in an “inconvenience for the passengers.”

According to the Chicago Tribune, one out of every three children in New Delhi suffers from compromised lungs. While the government has taken action in response to the toxic smog by temporarily closing schools and stopping a majority of trucks from entering the city, one of the largest contributing factors to New Delhi’s critical levels of smog remain: the traditional ways that farmers maintain their crops. The burning of crops has contributed greatly to the increasingly hazardous quality of New Delhi’s air. Additionally, efforts encouraging residents to take public transportation have become quite difficult due to the city’s lack of buses. Ultimately, there has been a call by the Supreme Court for a comprehensive plan that targets all sources of pollution. Whether this will be enough to contain the toxic smog smothering India’s capital remains unknown as more and more people are affected by the increasingly hazardous quality of air. 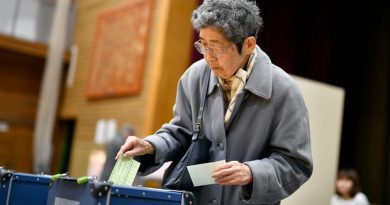 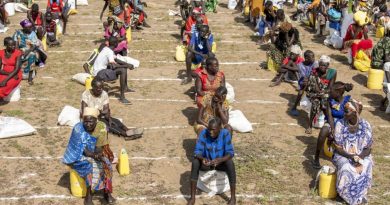 Vulnerable Populations: COVID-19 and the Risk of Leaving Developing States Behind