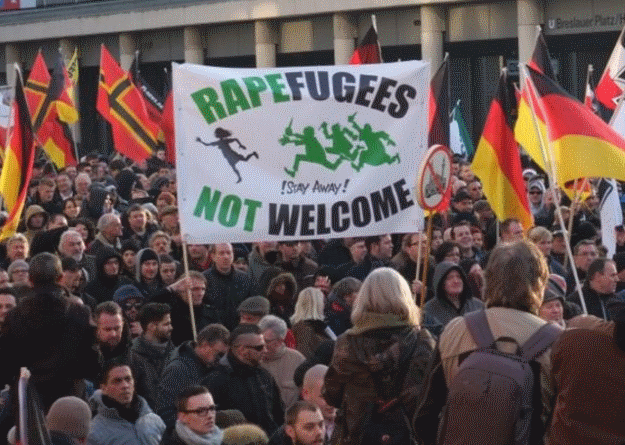 Instigated by US President Donald Trump’s recent references to a fictional terrorist attack, a 7% increased crime rate, riots in Rinkeby, and over 101,925 refugees in the small Scandinavian country, some Swedes have been complaining about an out of control immigrant population within Sweden, according to CNN.

Right-wing Swedish political groups welcome Trump’s comment, later clarified as a reference to the increased crime rate in Sweden and not a terrorist attack, as justification for their view on the immigration crisis. Mattias Karlsson, a lawmaker from Sweden’s conservative Democratic Party, told CNN the he is “very grateful to President Trump that he addressed this issue… if you have an irresponsible refugee problem, you will get problems. And we have serious problems here.” Although right-wingers like Karlsson cite refugees as the cause of crime spikes and riots, both Swedish and US authorities say the reality is far more complex. The US State Department Bureau of Diplomatic Security reports Sweden’s crime increase is due mainly to computer-based fraud, and that violent crimes against Swedish people had decreased, according to CNN.

Sweden’s immigration policy, however, is not without its problems. Despite a general decrease in violent crimes, violence against the Muslim immigrant population has increased by 90 percent, according to CNN. In 2015, Sweden took on nearly two percent of its population in refugees, which only put further strain on an already weakened economy, according to New York Post. This economic deficit, combined with language barriers, has led to major assimilation difficulties for recent immigrants to Sweden. CNN reports that there are organizations, such as Kompis Sverige (Swedish Buddies), which assign new refugee arrivals to Swedish families who will help them learn the language and customs.

King Carl XVI Gustaf of Sweden emphasizes that, although some problems may still exist, the overall system of immigration has many positive characteristics. He also added that Sweden has always practiced a generous open door policy, and argued that a few complications should not send people into a panic. King Gustaf also stressed the importance of a “media that works seriously and carries out good criticism of its sources” and challenges popular misconceptions, according to The Independent.

In his article for Sydsvenskan, a Swedish newspaper, Olle Lönnaeus claims that because “Trump wants to close the US border to Muslim immigration, it is in his interest to spread the idea that Europe’s most refugee friendly country is on the road to perdition.” Lönnaeus theorizes that American emphasis on the negative aspects of Sweden’s refugee policy may exist to bolster Trump’s own anti-immigration policies.

Regardless of American motivations for rhetoric directed at Sweden, or of the current complications with the large influx of refugees, former Swedish Prime Minister Carl Bildt says the current situation is nothing new, unexpected, or unmanageable.

In his article for The Washington Post, Bildt recalls the massive influx of refugees fleeing Bosnia during 1990s. With a crippling economy, an increase in organized crime, and a welfare system that did little to help outsiders entering the country, Sweden faced massive criticism in its aid to those fleeing ethnic cleansing. Critics “rallied with whatever argument possible against the refugees” some of whom resorted to violence. Despite the political tension surrounding the situation, Bildt claims that, today, the story of the Bosnian people is one of success. With proper policy and open conversation, Sweden overcame many problems and the Bosnia refugees assimilated and built a new life. Bildt believes that the current refugee situation in Sweden will have a similar end.