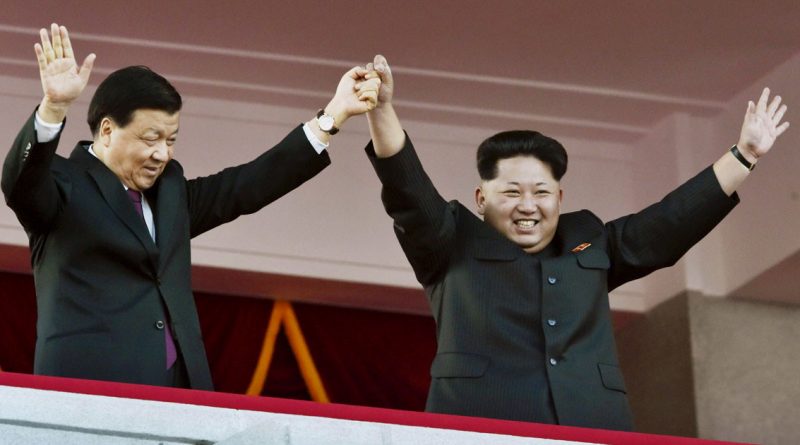 North Korea’s missile test on February 12 brought the country back into the international spotlight — right where the hermit state’s leader, the eccentric Kim Jong-un, wants it. As the editors of Slate note, Kim most likely hopes to develop the nation’s nuclear weapons program to stir fear worldwide and to deter attacks by North Korea’s foes. North Korean leadership has feared a U.S. or an Allied invasion since the Korean Armistice Agreement, which calls for a yet-to-be-settled “final peaceable solution” and the formal conclusion of hostilities. This reality contributes to the deep insecurity of the North Korean state that compels Kim to eliminate both real and perceived rivals in a bid to consolidate power.

The assassination of Kim’s estranged brother, the Disneyland-loving Kim Jong-Nam, in Malaysia has proven the dictator’s paranoia. According to The New York Times, the assassination could not have occurred without the explicit order of the current dictator. Taken together, both the missile test and the assassination speak to the emergence of some novel pattern of North Korean behavior; however, observers need only concern themselves with wondering why this is happening, and how long it will last.

The foremost explanation is that China, North Korea’s only ally, has loosened the nation’s leash to see how world leaders, especially the new U.S. president, would react. President Xi Jinping of China has cultivated a cool relationship with Kim Jong-un, though the two have yet to meet or speak directly.

Meanwhile, the flow of goods — mostly food, fuel, military equipment, and select luxury goods for the nation’s military elites — across the Chinese border into North Korea has persisted without obstruction. Several Chinese banks manage the assets of the North Korean military class, and Chinese farms and firms rely on their southern neighbor for a stable flow of trade. The Chinese government controls North Korea by regulating the flow of these resources — North Korea’s obedience is met with increased aid and trade, and recalcitrance with deprivation.

However, China remains mindful that cutting off commerce could create a humanitarian crisis, forcing millions of North Korean refugees to flee to China, or the collapse of the regime altogether. The latter scenario would undermine all of China’s regional interests, as it would allow the U.S. and its allies to either seize control of North Korean territory and saddle right up to the Chinese border, or, worse, allow the U.S. and its allies to redeploy forces to strategic bases in Japan and around the South China Sea.

In essence, China, already insecure about Western incursion into its territory, manipulates the insecurity of the Kim Jong-Un regime to keep the U.S. and its allies at bay. North Korea’s unique isolation from the global economy, institutions, and mainstream diplomatic channels allows it to lead provocation campaigns at low political and economic cost. It hopes to sow insecurity among its foes, especially within the new U.S. administration. By testing another nuclear warhead-equipped missile and promising the prompt development of intercontinental-range missiles, Kim Jong-Un hopes to raise his profile in the West among his powerful foes. His order to assassinate his half-brother complements this provocation by signaling to his weaker regional foes that his power extends well into their territory. These nations now await the response of the United States in order to align their policies.

So how should the world respond? The National Interest has long reported on South Koreans’ disinclination toward war with their northern neighbor, and the U.S. should not risk its people and treasure to confront North Korea’s nuclear military alongside the Chinese military. A U.S.-China conflict in the region could only precipitate a cold war or nuclear confrontation. Instead, the U.S. and its allies should convene, especially those closest to North Korea and China, and impose heavy sanctions against every Chinese firm and institution that does business with North Korea. This will send two clear messages: the United States’ Asian allies have an important role to play in safeguarding the security of their region, and the U.S. will only continue to raise the cost of Chinese cooperation with North Korea. This will either force North Korea to retreat, or perhaps even treat Kim Jong-Un to a taste of his brother’s last breaths. 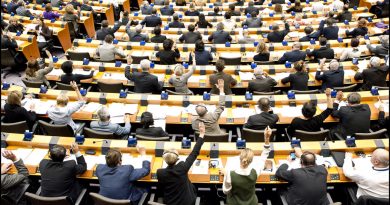 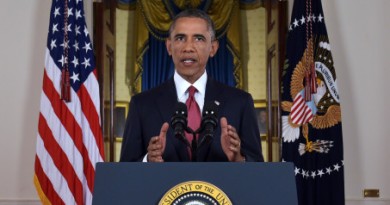