Yes. ISIS is really bad. Their contribution to an increasing number of dead, injured, and refugees as well as consistent threat towards Middle Eastern powers has earned them the concern of surrounding countries. (Mercy Corps) However, things can get a lot worse. As we struggle to find a solution to this struggle against evil, few people can see the resulting repercussions that lay ahead.

ISIS and similar groups formed in the vacuum of power after the destruction of the Baathist party during the 2003 U.S. invasion. When the U.S. pulled out in 2011, the replacement government was not strong enough to stop insurgencies. The insurgencies were fought by Shiite and Sunna militias, formed during civil war in 2006. These groups continue to fight today. The lack of power from Baghdad’s central government means that the militias are doing the bulk of the fighting against ISIS. When they are eventually defeated in Iraq, the same problem will appear again. An even more daunting power vacuum may appear in place of the current situation.

Saudi Arabia liked the idea of a Sunni government in Iraq. The government was seen as a buffer between themselves and the Shiite government in Iran. Once the government fell, there arose a possibility that the Shiite majority in Iraq could take power, gain support and direction from Tehran, and pose a significant threat to Saudi Arabia. Since ISIS began taking more territory, Baghdad allowed for increased cooperation between the national army and more powerful militias. This occurrence is when Iran started to fund Shiite groups in both Iraq and Syria. (Gulf Pulse) Territory once under Sunni-ISIS control was “liberated” by militias loyal to Tehran, not Baghdad. The problem escalates.

Originally, Iraqi military officials and American aids recommended that territory that was traditionally Sunni be recovered by Sunni militias to avoid conflict with policing afterwards, or from ISIS making propaganda statements (Wall Street Journal). This was followed by many Shiite militias. Although ISIS is horrible, the militias taking over are not much better. One such group is called the Badr Organization. This group was formed by Iran in the 1980’s to build Shiite support in Iraq. Today, they are estimated to have upwards of 10,000 soldiers fighting alongside Iraqi official soldiers. Between 2012 and 2014, they were accused of killing 2,000 Sunni civilians and holding brutal public torture sessions, famously with power drills. (Counter Extremism Project) The Badr group is just one example of militias fighting ISIS that are vying for power once the common enemy is destroyed.

Along with the very strong possibility of a group just as bad or worse than ISIS taking power, rising tensions are setting the scene for the heavy weights of the Middle East to go to war. If a proxy government of Iran is set up in Iraq, or even a government that turns a blind eye to Shiite paramilitary activity, Saudi Arabia will be threatened. Now that the Sunni-ISIS lines have broken, Shiite groups are closer to the Saudi border. This understandable fear has led some to push allegations that Saudi Arabia is supporting ISIS. In reality, most of these claims are baseless. (Washington Institute)  Although ISIS carries out attacks on Saudi Arabia at times, it does significantly less damage than an all-out Saudi-Iran war. To prevent such a war, we must learn from the mistakes of the past.

Baghdad must build a strong government with NATO support, one consisting of both Shiite and Sunni representatives. Once ISIS is defeated, Shiite militias must be posed an ultimatum: unconditional loyalty to Baghdad, not Tehran, would put Saudi Arabia at ease. NATO forces will have to support this government, directly with soldiers until ISIS is defeated, then with political advising. The new government must remain surveilled. After the establishment of the new Iraqi government post U.S involvement, death squads and corrupt police spread terror across a country we had hoped to help. Order must be the first priority to secure peace. 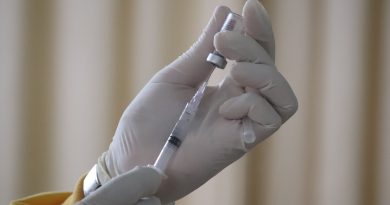 US, EU Should See Economic Benefits of Refugee Influx 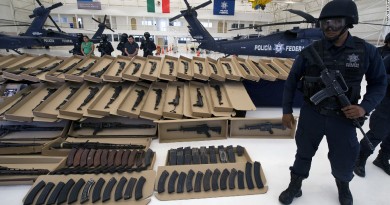