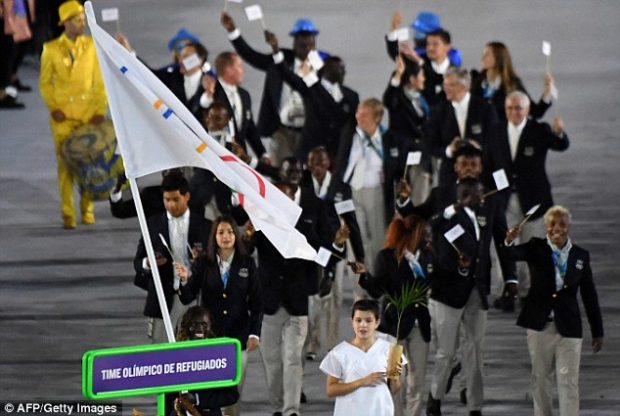 As 205 countries marched in the parade of nations during the opening ceremony of the Rio de Janeiro Olympics, the penultimate group of athletes received an ovation from the audience: the Refugee Olympic Team (ROT), composed of ten refugee athletes, reports Fox Sports.

The first-ever refugee team in the Olympics was composed of six men and four women coming from countries embroiled in conflict, such as Syria, South Sudan, and the Democratic Republic of Congo. Olympic News reports that there were initially 43 candidates for the Refugee Olympic Team. The selection criteria considered not only the athletes’ sporting level and verification of refugee status with the United Nations, but also their background and current situation. Consultations also took place with the United Nations High Commissioner for Refugees and the National Olympic Committees (NOC) of the refugee’s country of origin and host country.
The preparation of each athlete in the Refugee Olympic Team took place in his or her host country, with no professional assistance. Anjelina Lohalith, a refugee from South Sudan, spoke to the New York Times in July about her disadvantage compared to the other athletes: “If I compare the training or the duration of training with other people I am going to compete with, is not the same, but I do not fear that,” she said.

Indeed, the members of the ROT had never lived the life of an athlete until a few months before the Olympics. Daily practices, dieting, lifting weights, and training in the sport since childhood, which is commonplace for members of other teams, were new to the refugee athletes.

Besides the exhausting preparation for the Olympics, the members of the ROT faced additional challenges when fleeing from their home countries and living as refugees.

Yusra Mardini, an 18-year-old swimmer from Syria, fled the dangerous situation in her home country to Germany. According to Nonprofit Quarterly, swimming saved her and the lives of other refugees when the motor of their boat from Turkey to Greece stopped working, and Yusra and her sister brought it to shore after swimming and pushing the boat for several hours.

Another member of the ROT, Yech Pur Biel, a runner from South Sudan, lived in a refugee camp for a decade following the civil war between his country and Sudan, BBC reports. The South Sudanese athlete arrived in the Olympics with an extremely positive mindset: “Even if I don’t get gold or silver, I will show the world that, as a refugee, you can do something,” Biel told the Rio 2016 press team in August.

The current refugee crisis is the worst the world has seen since World War II, with more displaced people than ever before. The initiative of launching a team of refugees in Rio is a way of sending a message of global citizenship to the planet. As the president of the International Olympic Committee, Thomas Bach, said at the Rio opening ceremony, “these refugee athletes will show the world that despite the unimaginable tragedies that they have faced, anyone can contribute to society through their talent, skills and strength of the human spirit.”

The swimmers from Syria, Yusra Mardini and Rami Anis, thrived in the Olympics: Yusra won the women’s 100-meter butterfly heat, and Rami surpassed his own record in the men’s 100-meter freestyle. The judoka from Congo, Popole Misenga, also succeeded when he beat the Indian judoka Avtar Singh in their opening match. 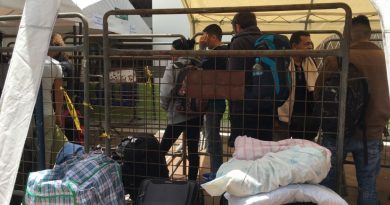 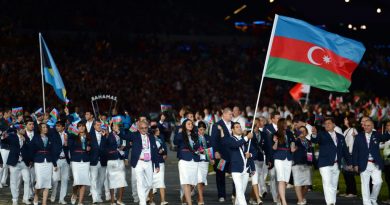